A new stunning architectural gem is set to rise on the northern foot of the Cambie Street Bridge, becoming a new visual gateway for one of the most prominent entrances into downtown Vancouver. It has both the allure and scale deserving of the highly visible location on the front of the city skyline, overlooking the waters of the inner harbour of False Creek on the fringes of Yaletown.

The ARC Vancouver, designed by Vancouver-based Francl Architecture, will define the city’s central skyline with its slender design. It is set to be an architectural icon and a celebration of West Coast sensibilities. 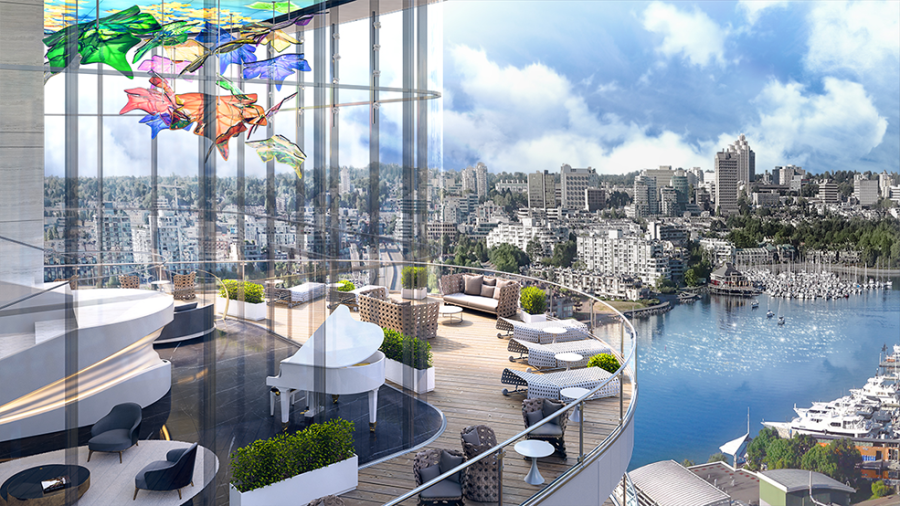 Its clean and crisp shape is based on the movement of wind and water while the intricate details of its glass-cladded façade resembles the graceful lines of a flag fluttering in the wind. It bends inwards and outwards on a southeast to northwest axis that runs parallel to the adjacent bridge, although it breaks the rectangular confines of the city’s street grid. 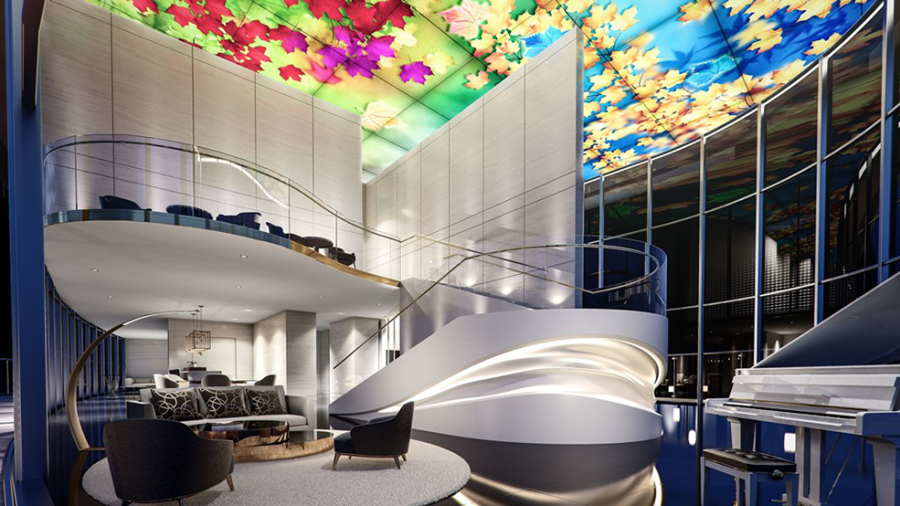 The 288-foot-tall, 29-storey property consists of two tower forms, linked together by an epic eight-storey span, which will support the condominiums above as well as the The ARC Sky Club; an amenity rivaling top hotels around the world. It will be perched between the building forms where the larger form envelops the other structure. It is an engineering feat which does not require additional support between to retain its architectural integrity.

The Sky Club, part of this eight-storey span, will house a unique ceiling art installation. The challenge from the developer, Concord Pacific, was to use a large scale interior design element, or elements, to accentuate the differentiation between the two forms. LIV Design recognized that from the ground, a bold coloured and dynamically lit ceiling installation would provide most impact both day and night. Inspired by looking up through trees toward the future site of the ARC building, an autumn walk inspired a leaf design.  The opportunity will manifest itself with an installation mimicking the changing colours of nature through the seasons. It will further support the organic form and texture of the building inspired by the natural West Coast elements that surround.

Ceiling designs from around the world, such as the Hilton Pattaya hotel lobby in Thailand and the Markthal (Market Hall) ceiling art in Rotterdam have become renown in their respective cities for creativity and visual impact. 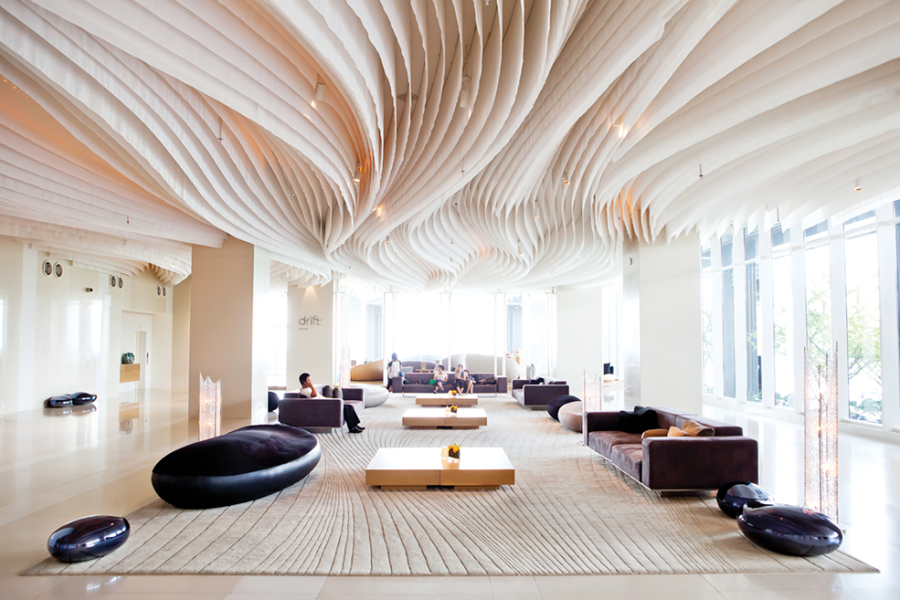 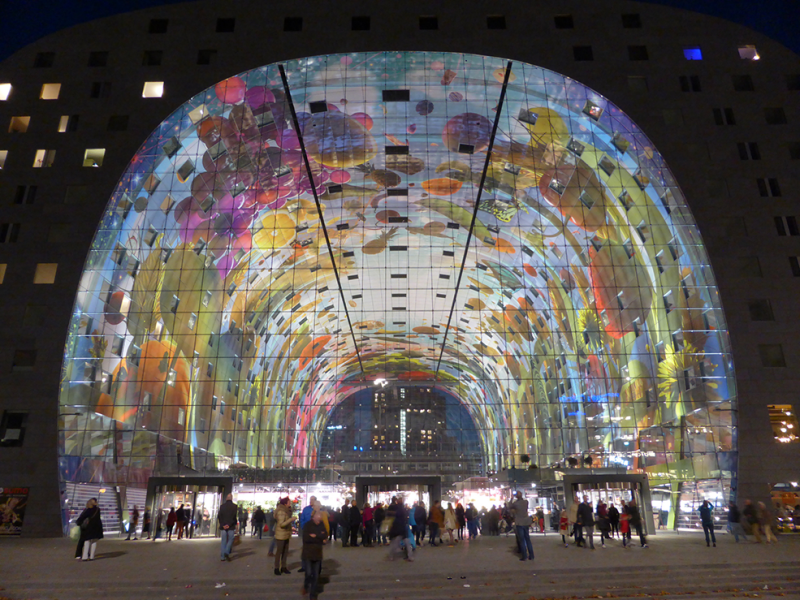 On the underside of this platform, there will be a glass-bottomed swimming pool suspended 200 feet from the ground as part of the 20th floor’s luxurious state-of-the-art ARC Sky Club fitness facility. This is an extension of the mid-building’s indoor and outdoor recreational space on the 19th floor, where residents can find a grand lounge with 30-foot-high floor to ceiling windows that are enclosed by a massive outdoor terrace that offers breathtaking, picturesque views of the inner harbour.

This development adds to the exciting new district being built in the area, mirroring Concord Pacific’s One Pacific address across the street and is within the immediate vicinity of an exciting new entertainment hub being built next to B.C. Place Stadium.