The Apple Watch Edition went on sale at 53 Apple Stores worldwide on Monday with only two Canadian locations carrying them – Toronto and Montreal. Given the level of luxury spending in Vancouver, many are surprised to learn that Apple Watch Edition is not available for sale here at this time. As a consolation, to whet fans’ appetites for the newest high tech gadget, Apple has a selection on display at the Pacific Centre location but are reminding shoppers that the watches are not yet available for purchase in the store.

According to Fortune.com, drawing on data from a pool of two million online shoppers, an estimated 957,000 people in the U.S. pre-ordered an Apple Watch on Friday, spending an average of $503.83 per watch. By their count, 62 per cent chose the aluminum model. 9to5mac.com outlines some of the perks for the Apple Watch Edition includes 24/7 support, private one-hour appointments and no lineups. 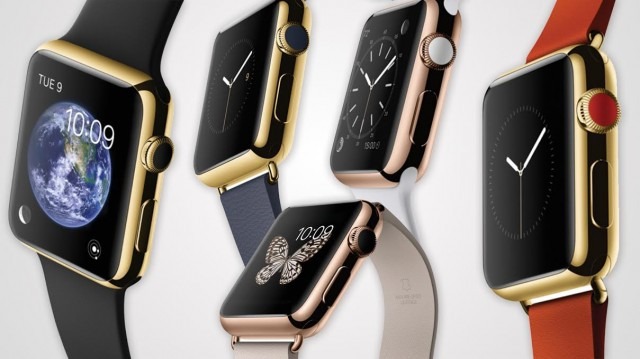 For those seeking the ultimate arm candy, the Edition collection is priced from $13,000 and $22,000 and features eight designs, each crafted from 18-karat gold, which has been developed to be twice as hard as standard gold. The watch’s display is protected by polished sapphire crystal, and watch bands vary.

If Toronto and Montreal are too far for Vancouverites to jet off to, the watches are for sale in the Apple Store across the border in Seattle.