It has been industry knowledge over the past few years that Apple has been on the hunt for a suitable flagship location in downtown Vancouver.

Retail Insider, the reputable blog on the Canadian retail industry, has confirmed that a store announcement is expected very soon.

The Pacific Centre location is highly successful will remain open and complement the new flagship store. However, the question now is where could this flagship be located?

We evaluated the buildings with vacancies along major retail strips and thoroughfares and came up with five possible locations for Apple’s flagship Vancouver store.

1. Intersection of Robson and Burrard Streets

With the closure of Bebe, the possibility exists for a two-level Apple Store flagship at this location. However, even with renovations and reconfigurations, the store will only be approximately 7,500 square feet in size.

That is far too small for a flagship store and is only marginally larger than the 5,366 square foot Pacific Centre location which pulls in $70-million a year for the company – one of Apple Store’s most profitable locations per square foot. For one additional comparison, the flagship in Montreal is almost 9,300 square feet but it’s highly likely a Vancouver flagship will be significantly larger.

With the Robson and Burrard location, Apple will likely be looking for at least an additional 10,000 square feet of space plus the 7,500 square feet from the old Bebe store. There is a possibility the adjacent Le Chateau will be purchased as well and that both buildings will be demolished to accommodate a brand new, uniquely designed Apple Store building. 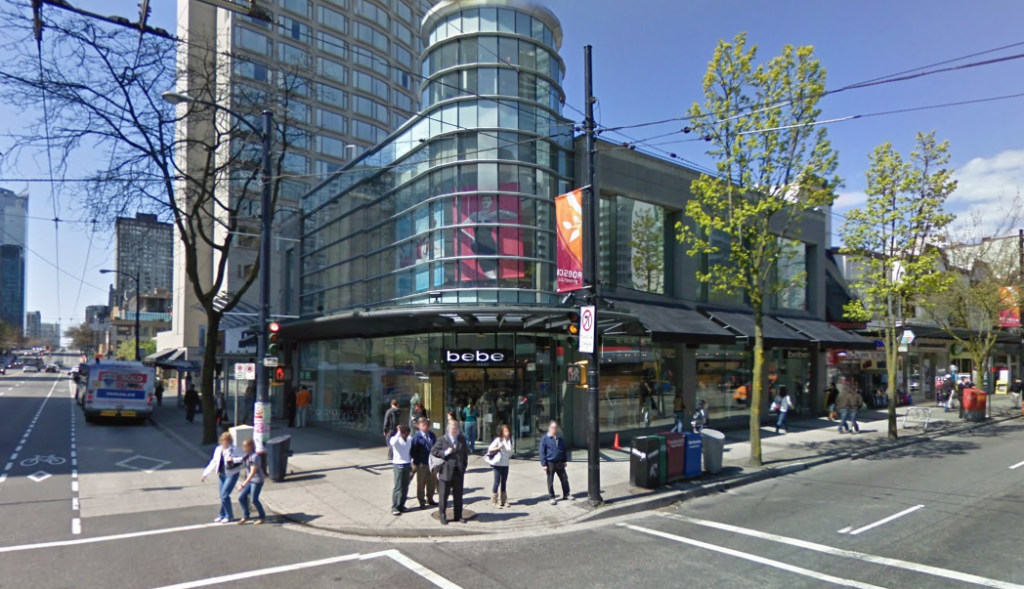 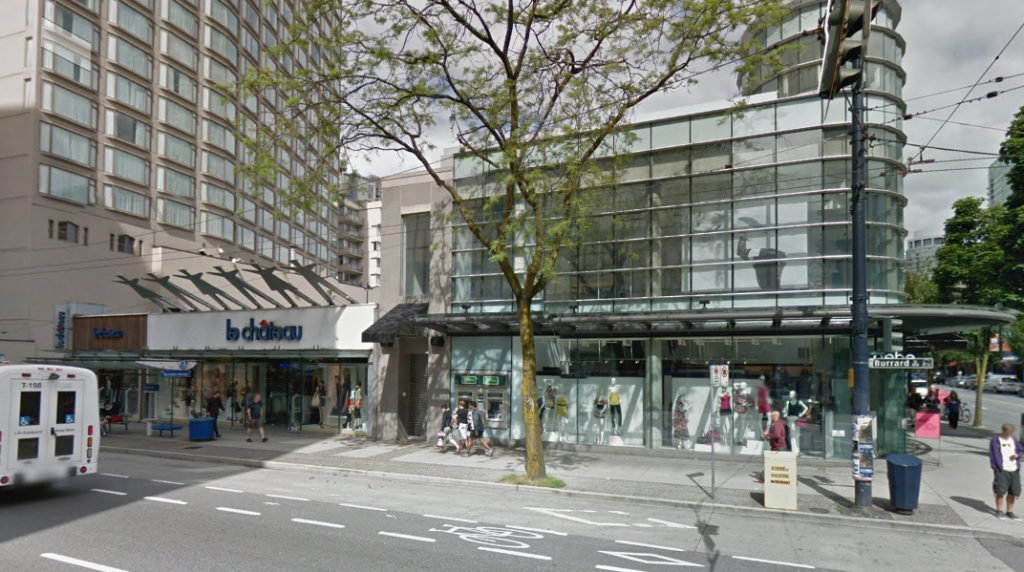 2. Intersection of Robson and Thurlow Streets

This has long been rumoured to be the home of the Apple flagship. There is a vacancy as Cafe Artigiano was unable to operate on the corner occupied by Starbucks for decades. In addition to the Cafe Artigiano space, the second floor Red Robin restaurant and adjacent buildings could all be transformed into a multi-level Apple flagship store. In the process, it could bring the Robson Street retail strip much-needed life and pedestrian traffic. 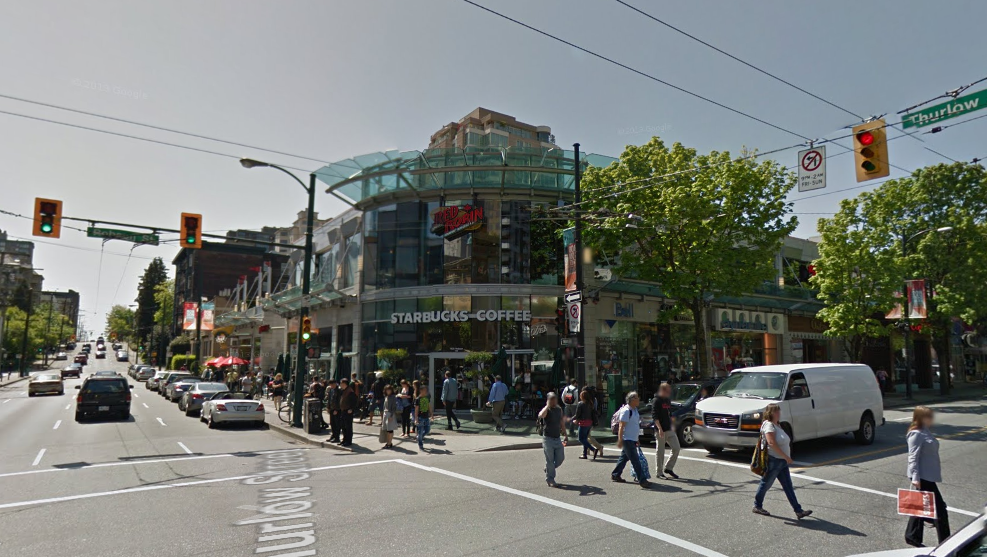 This 23-storey office tower at the intersection of Thurlow and Alberni Streets is currently under construction. It will consist of approximately 35,000 square feet of retail space on its lower 3 floors and there is insider speculation that one or two high profile brands will occupy the large space.

One of those brands may be Apple. The location is just one block away from Robson Street and within the emerging Alberni Street upscale retail strip. 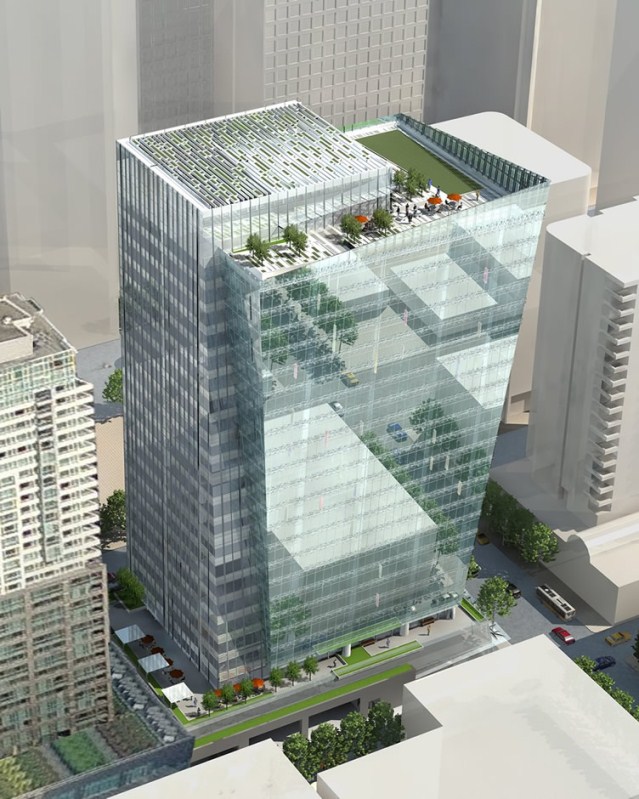 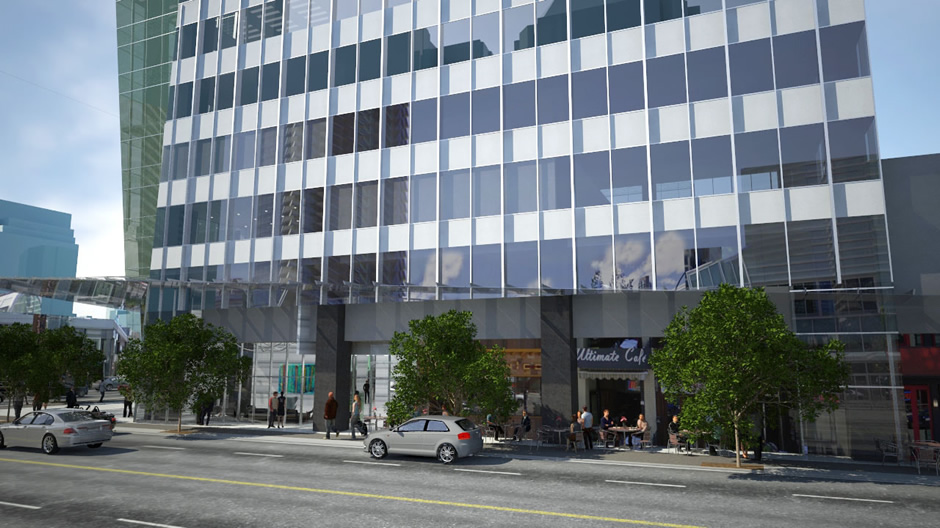 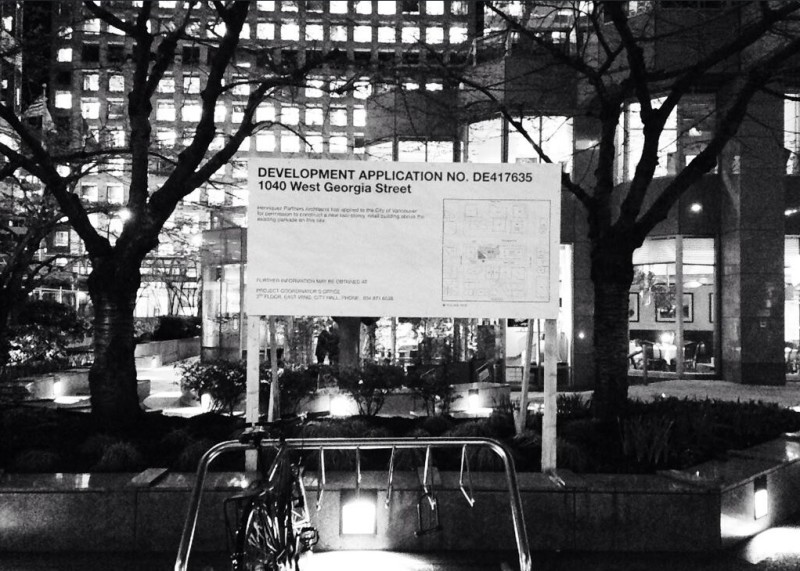 A new development application sign was recently erected on the Grosvenor Building’s outdoor plaza for a new retail building designed by Henriquez Partners Architects. Not only could this be built to the size Apple is looking for, it could also have a unique design.

The addition of a podium at Royal Tower facing West Georgia has been proposed and could accommodate a large flagship Apple Store. The total floor area is anticipated to be 28,500 square feet and could house both the lobby of the tower and a large retailer. 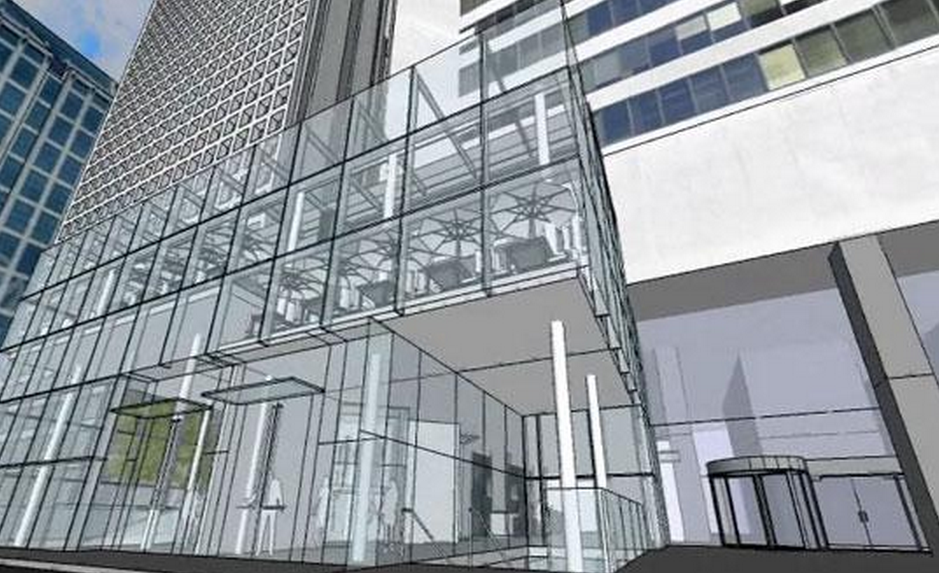 A new and larger location at Pacific Centre that will replace the existing 5,366 square foot unit store is unlikely as Apple wants to operate two stores in downtown while also maintaining some distance between them.

This could still theoretically be a possibility as Cadillac Fairview, the shopping centre’s owners, have been planning to expand Pacific Centre on the street level at these two locations:

Option A: A demolition of the Pacific Centre rotunda and miniature plaza at West Georgia and Thurlow Streets to make way for a new stunningly designed multi-level Apple Store.

Option B: The construction of a multi-level Apple Store at Pacific Centre’s outdoor plaza at Granville and West Georgia Streets. The plaza is home to not just the Canada Line’s Vancouver City Centre entrance but also many pigeons. The station entrance was built on the condition that a multi-level retail structure could occupy the entire site – on top of the station entrance. It could complement the adjacent Nordstrom which will open next year. 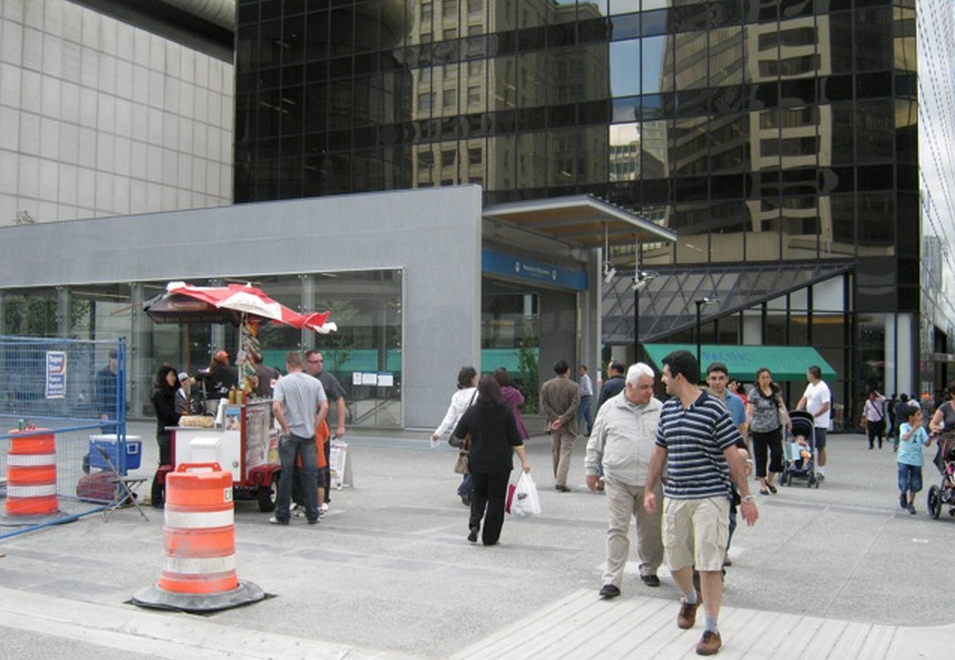