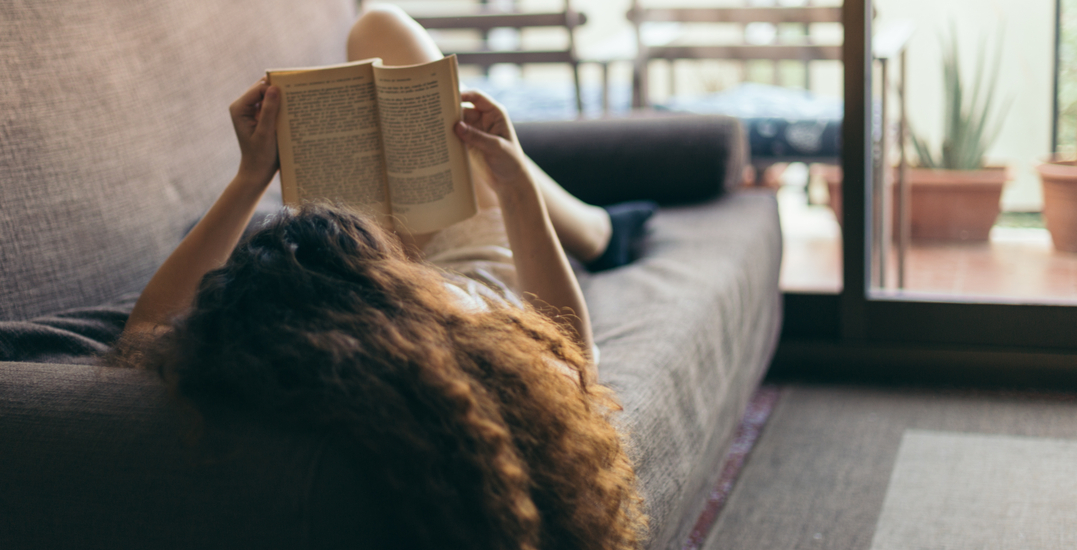 For example, according to Toronto’s graph, the city’s transit use is down 83% from its baseline. Walking is down 71%, and driving, 64%. 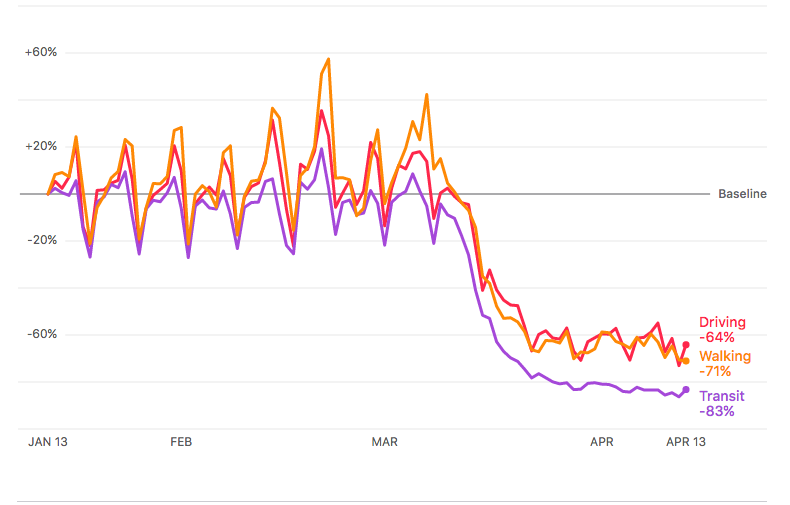 Another busy Canadian city is Vancouver, and movement has dropped massively there too. 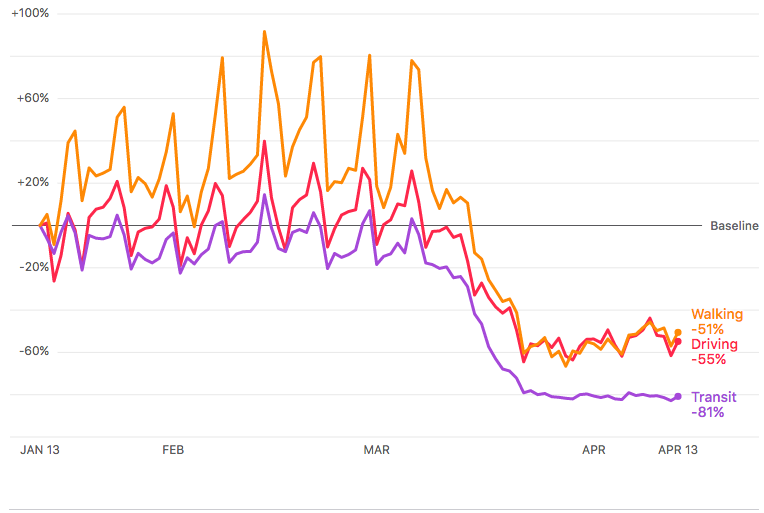 Overall, the country’s totals are in the same ballpark as these major cities. 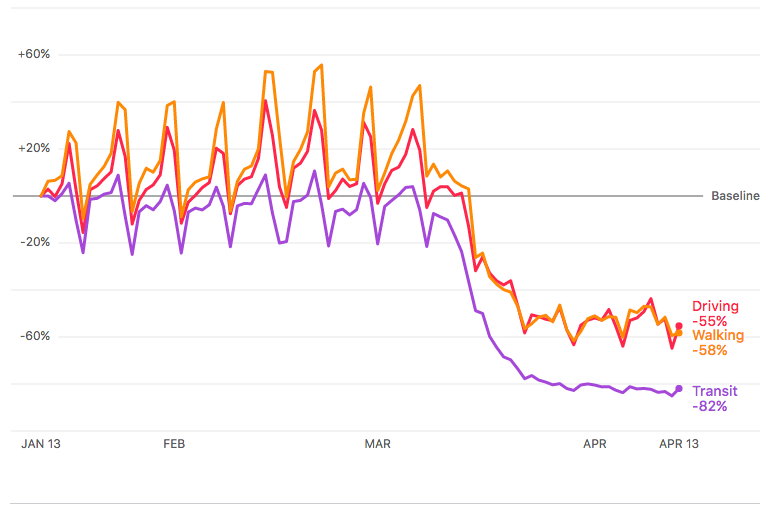 The concept, while freaky, isn’t brand-new. Google Maps launched its own Community Mobility Reports earlier this month, intended to outline the same details.