Apple announced they are launching a new music streaming service and a 24-hour global radio station called Beats 1 in an all encompassing app called Apple Music at their Worldwide Developer Conference in California.

Dubbed a “music ecosystem,” the streaming service will be attached to iTunes and curate song choices based on the user’s tastes. It won’t use an algorithm to make the lists, but real people, says Eddy Cue, Vice President of Internet Software and Services at Apple.

Unsigned artists will be able to upload their music to the streaming service as well, “so that music lovers and the entire music industry can hear it,” says Cue.

It will also allow major artists to connect directly to their fans with a feature called “Connect,” where musicians like Drake, who talked about it on stage at the announcement, can post photos, in-progress lyrics or new remixes. 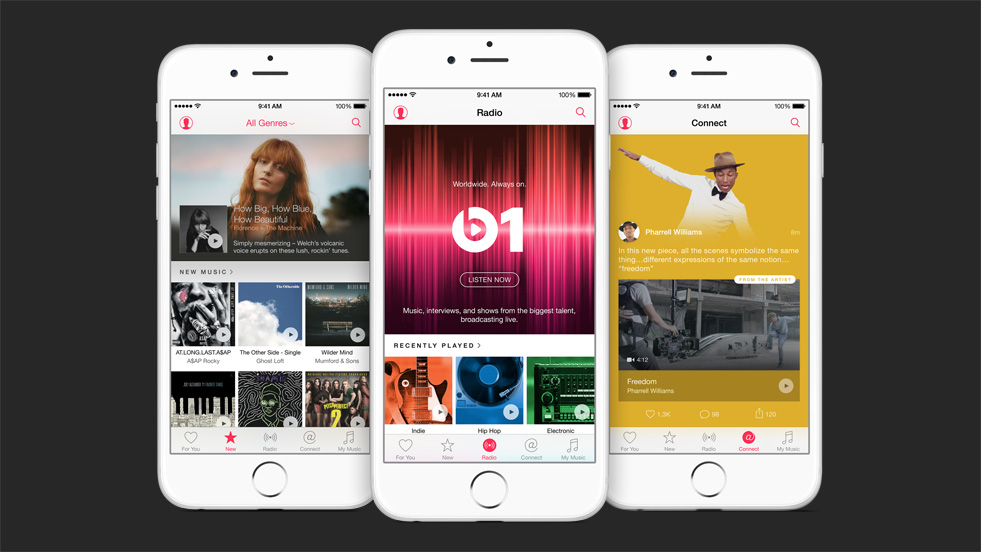 The new radio station will broadcast out of New York City, Los Angeles and London, and is completely free. Connect is also free to access.

Zane Lowe is going to be one of the new DJ’s, and he says they want to “play music that’s great and feels great.”

The streaming service, however, costs $9.99 a month, but the first three months are free.

According to record producer Jimmy Iovine, the idea is to combine the power of several apps into one, universal music app. It’ll be available June 30th for Apple users and later this fall for Windows and Android users.

Apple also announced the expansion of Apple Pay into the U.K., and a news app that personalizes which news you get based on your interests.