Aphrodite’s Organic Cafe and Pie Shop is a cafe that serves local, organic food on W. 4th in Vancouver. Aphrodite’s was started by Allan Christian in April 2003 as an organic pie shop. It wasn’t till later that year that Allan turned it into a local and organic cafe as well as pie shop. They are definitely most famous for their pies of which there are over 14 types and they also have vegan and gluten free.

Aphrodite’s is a casual spot that is great for brunch any day of the week where you know that you are getting a great quality meal. They cater to all dietary restrictions including vegan, vegetarian and gluten free. They serve Oceanwise seafood as well as the entire menu being organic and local. They even have a fresh sheet menu that features local and seasonal food. 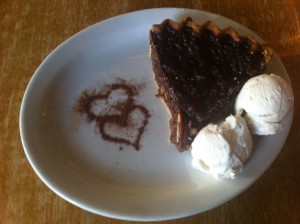 The fruit pies are really great too. Both of the pies shown are vegan and gluten free served with Luna and Larry’s Coconut Bliss ice cream. You would not be able to tell this pie was gluten free. 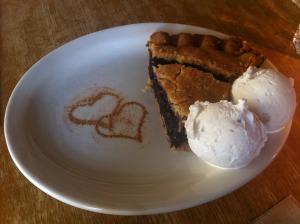 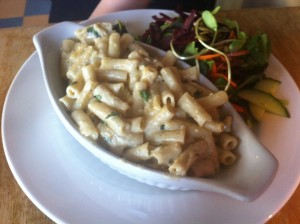 If you want something a little lighter go for a soup and salad. The soup comes with bread but I opted for none and just got a beautiful side salad instead. 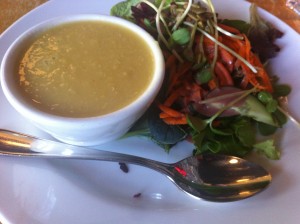 If you’re in the neighborhood or love organic and local cuisine then try Aphrodite’s and support local farmers.

Krystle Charlton is an Accountant by day and blogger extraordinaire by night. Getting vegucated since 2010, she’s been blogging her culinary adventures over at Vegucated in Vancouver. She creates her own delicious recipes, reviews restaurants and products, tests cookbook recipes and offers some general fitness advice. Connect with Krystle on Twitter and Facebook.