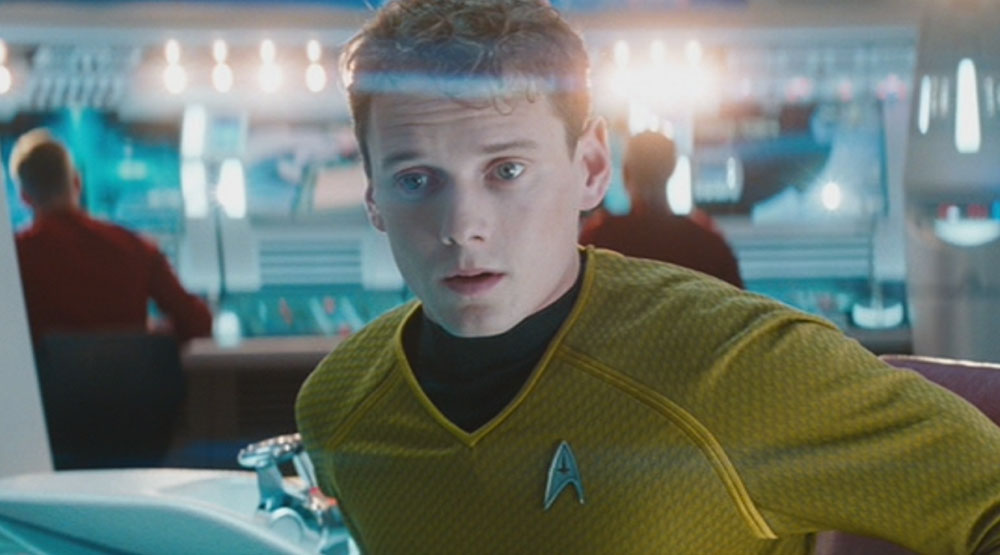 Anton Yelchin, the actor best known for playing Chekov in the new Star Trek movies, has died at the age of 27 after being pinned down by his own car, according to reports.

Jenny Houser, an LAPD spokesperson, told the The Hollywood Reporter the car accident happened in the actor’s own driveway in Los Angeles on Sunday.

“It appears he momentarily exited his car and it rolled backward, causing trauma that led to his death,” she said.

Yelchin came to prominence playing Pavel Chekov in director JJ Abrams’ new Star Trek films; a third film, Star Trek: Beyond, which was shot in Vancouver, is due out in July.

According to reports, Paramount Pictures, the studio behind the Star Trek movies, released a statement Sunday upon learning of Yelchin’s death.

“All of us at Paramount join the world in morning the untimely passing of Anton Yelchin. As a member of the Star Trek family, he was beloved by so many and he will missed by all.

“We share our deepest condolences with his mother, father and family.”

JJ Abrams posted a handwritten note on the Twitter account of his production company Bad Robot, reacting to news of Yelchin’s death:

The rest of Hollywood also took to social media to express their condolences. Here’s a selection of messages:

Devastated to hear about the brilliant Anton Yelchin. He was thoughtful, kind, and gifted. My thoughts and prayers are with his family.

The sweetest, most humble, delightful, talented guy you’d ever meet. Worked together for about a year. Shocked. https://t.co/uyg2NlmhqP

our dear friend. our comrade. our anton. one of the most open and intellectually curious people i have ever had the pleasure to know. so enormously talented and generous of heart. wise beyond his years. and gone before his time. all love and strength to his family at this impossible time of grief.

Truly so sad to hear this news about Anton Yelchin. He was so young and so talented. RIP Anton Yelchin 😔💐 pic.twitter.com/dGOZUCNkrC

Devastated about Anton Yelchin. He was a very sweet kid. My heart goes out to his family

Anton Yelchin just died in a car wreck. So damn sad. I met him and his Mom on a plane once. They were very sweet. https://t.co/OtkoO4HisG

I loved Anton Yelchin so much. He was a true artist – curious, beautiful, courageous. He was a great pal and a great son. I’m in ruins.

Fuck. I was lucky enough to call Anton Yelchin my friend for the better part of the last decade. This is so fucking awful.

Anton Yelchin was a great actor and an even better person. What a cool guy. He will be missed by all #AntonYelchin pic.twitter.com/bVN7Y3dmJa

Absolutely devastated to hear about Anton Yelchin. He was such a gifted, natural actor & a deeply kind man. My thoughts are with his family.

Today we mourn the passing of Anton Yelchin. He was beloved by so many and he will missed by all. pic.twitter.com/POChZ2XwyI