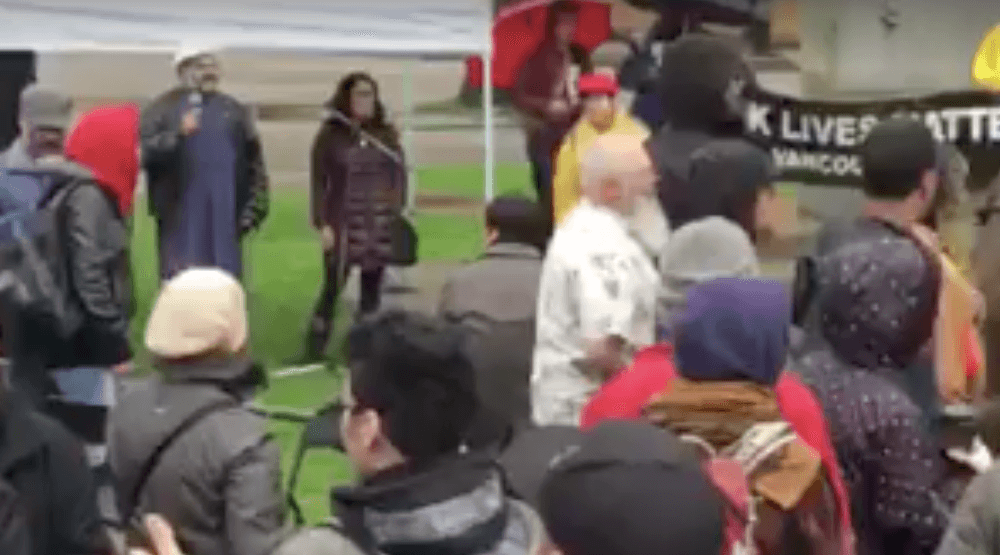 A march against racism attracted 200 participants to the Downtown Eastside on Sunday, according to organizers.

The event was held to mark the International Day to Eradicate Racism which was on March 21, organizers said.

“We had a good march,” said organizer Imtiaz Popat. “It was good to march to mark International Day Against Racism again in Vancouver.”

However, the event wasn’t without incident.

“We were attacked at Victory Square by Soldiers of Odin and UBC Free Speech Club, but the victory was ours,” Popat said. “We stood our ground thanks to our security and allies.”

Fatima Jaffer posted a video of the event on Facebook.

“White supremacist group Soldiers of Odin crashed the Community March Against Racism today at Victory Square,” she wrote. “Huge thanks to the Peacebearers for stepping in and putting their bodies on the line to protect the anti-racist protestors.”

When all was said and done,  “we won the day,” said Popat “We will build from here as we march forward against bigotry and for justice. We shall overcome.”