“Acting? I couldn’t see myself doing anything else, it was just one of those things for me that I absolutely loved and always knew at the end of the day, that is what I was going to do – for the rest of my life,” says Vancouver actor Anthony Konechny, to begin our interview.

This rising star has some big roles lined up for the near future. This summer he was able to get on to a few shows, including movies like No Clue, The Trainer and Grace. He guest-starred on the CW hit series Supernatural, where he played a navy-seal turned demon (episode airs in October). He was also able to get on with Warner Bros and Legendary Film’s blockbuster Godzilla coming out in May 2014.

On top of that, Konechny was asked to join the cast of Warner Bros new series Almost Human, produced by J.J Abrams and written by J.H. Wyman, airing this November on Fox. The show will centre on human cops in the distant future (the year 2048) who work alongside androids – comparatively better than their human counterparts due to their lack of emotional output.

However, one cop chooses to enlist an older model, programmed to feel, to prove that the new ways aren’t necessarily better. As a series regular in the show, Konechny plays the rule-oriented MX43 android, alongside Karl Urban, Michael Ealy, Michael Irby, Minka Kelly, Mackenzie Crook and Lili Taylor.

Speaking to your various roles, how do you get into character?

‘Getting into character’ is a term I don’t necessarily apply to my vocabulary as an actor. I more or less use the term ‘focusing’ than anything. An actor must be as ‘open’ and responsive as possible, in order to get a true, organic performance.

I had a very brilliant actor once tell me to split acting into three pillars: the first one is discovering the character and by this I mean your ‘homework’ that you do before you even hit the stage or set.

The second is connection to the material, your emotions behind everything. That requires a lot of self-homework and self-knowledge, asking yourself those deep, deep dark questions that normally people tend to shy away from.

And lastly, is the ‘focusing’ pillar, where you bring all that energy and homework you’ve done, through your sharp eyes and on to the scene partner. That’s where the magic begins!

Do you want to be recognized when you walk down the street, have hoards of teenage fans and never have to pay for another meal in your life? Or are you happy to eat mac and cheese, live a modest life and do what you love with no real inclination of fame?

If you could be recognized for the great work that you do day in and day out, and have somebody come up to you and say, for example, “Hey Jack, I loved you in that movie ____ where you played that ____, awesome!”

That to me would be a true acknowledgement. As actors, we’re story tellers. We take the writer’s imagination and messages, and we help translate it to the audience. And if you can do that well, and be recognized for it, then you’ve become a great actor. My goal as an actor is to be great at it, and would love to be called upon by the great writers/directors/producers of our time to help them tell their story.

Where do you hope to be in five years, ten years, a thousand years?

In five years time, I hope to see myself settling down in LA. I am in the midst of finalizing representation down there, and would love to carry my career forward in that ballpark.

And for something completely random, in your opinion, what is the meaning of life?

I’ll keep it simple because it’s simply that. . .keeping things simple and beautiful. I believe life is about being happy, whatever that means for you. I know my happiness is created with great health and great success, in relationships with yourself, and your family and friends. At this point, I am actually 12 weeks out from a bodybuilding contest competing in the Men’s Physique, where I will literally get in the best possible physical shape of my life – and to me, that’s one of my successes. 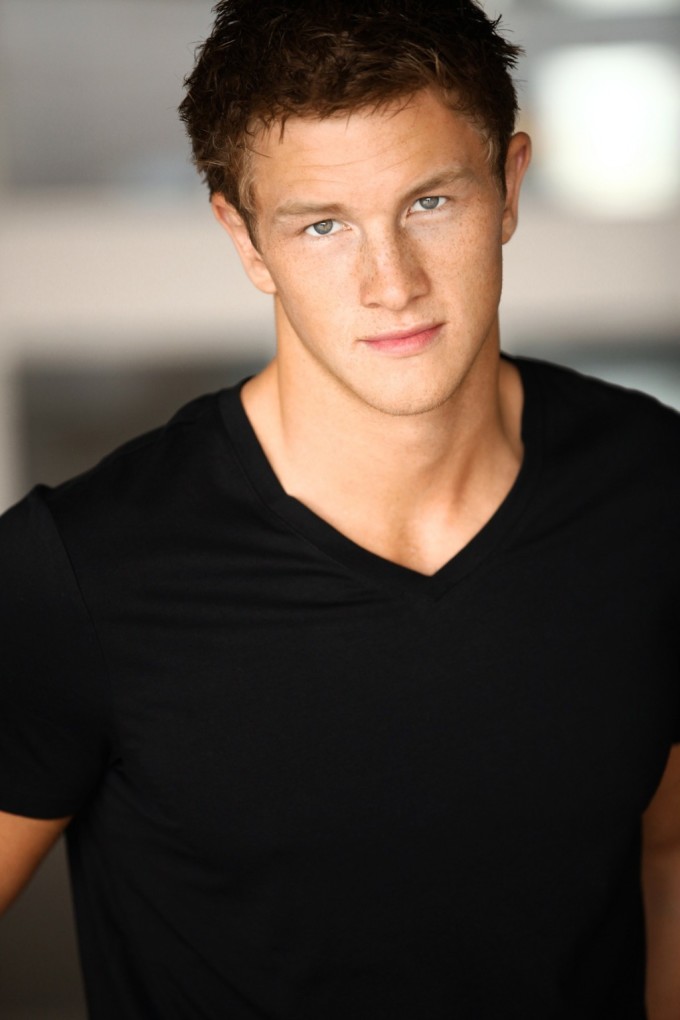