Like many big cities around the world, Vancouver has its fair share of wacky events that happen throughout the year. Finland has the Wife Carrying Championships, Gloucester has the Cheese Roll, Australia has the Tuna Toss and Spain has La Tomatina, but Vancouver is famous for its numerous nude events, outdoor movies and polar bear swims.

If you’re looking for something to do off the beaten path, discover any one of these events happening throughout the year. 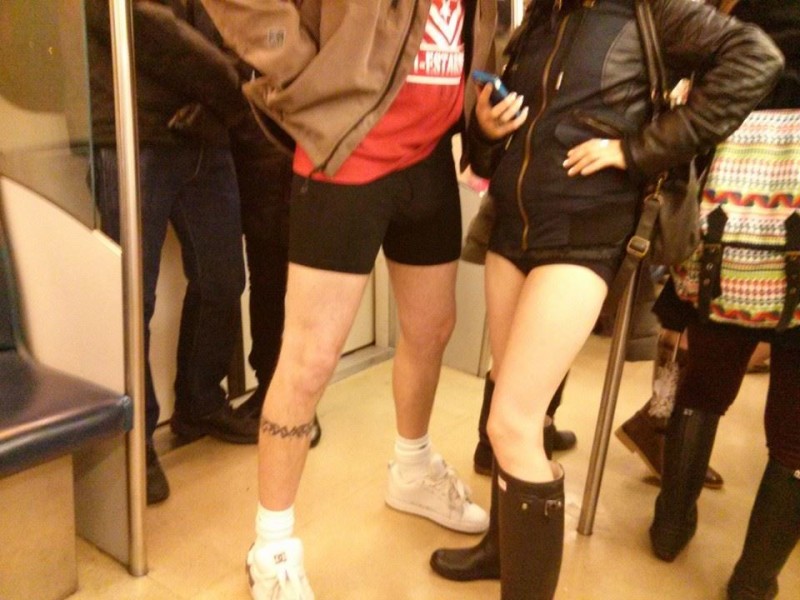 Hundreds storm Metro Vancouver’s rapid transit rail network for the annual No Pants SkyTrain Ride, an annual global event that was started by Improv Everywhere in New York in 2002. It now happens all over the world. 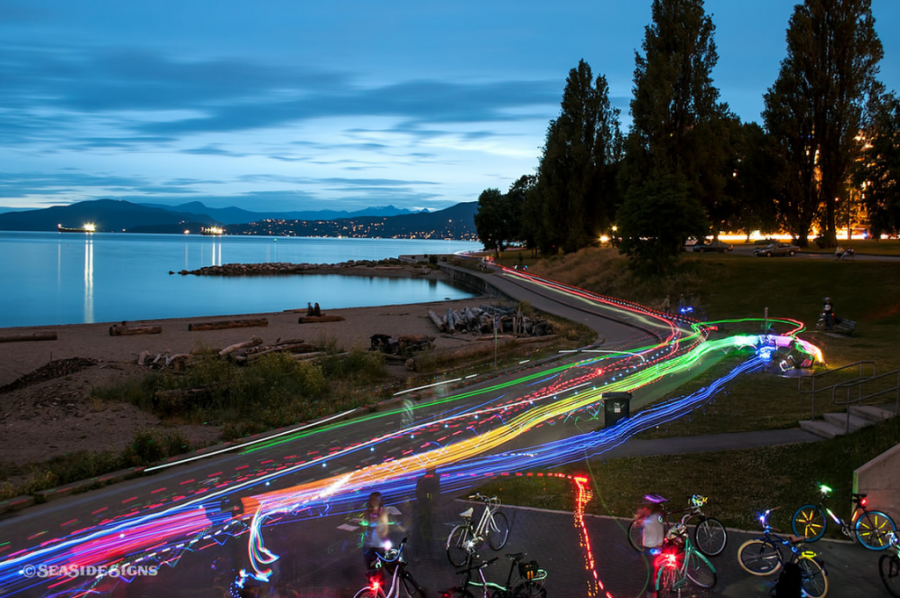 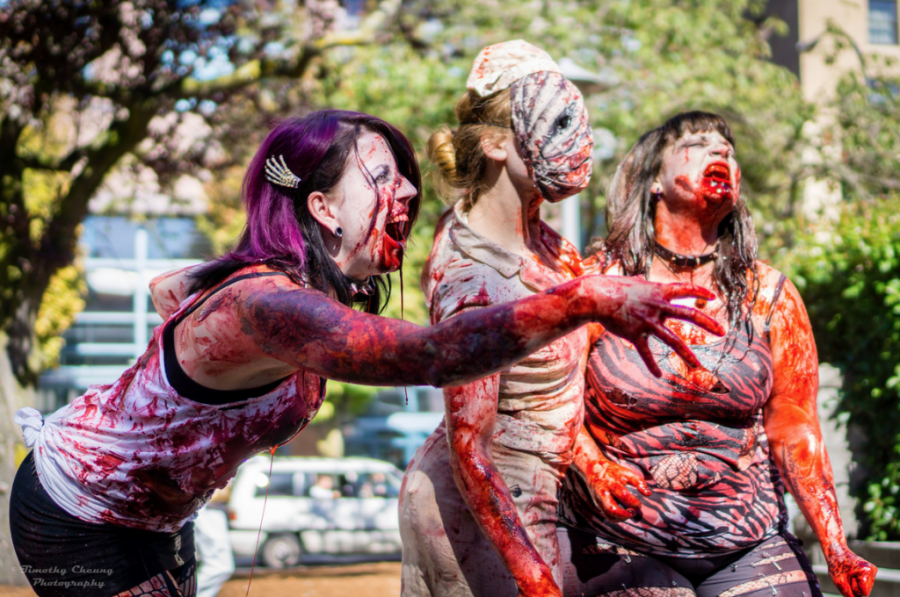 Prepare for the pending zombie apocalypse as thousands of zombies overrun the streets of Vancouver. Beginning at the Vancouver Art Gallery plaza on West Georgia, the wannabe zombies crawl, moan and parade their way through the downtown peninsula. They’re usually also followed by hundreds of curious onlookers. 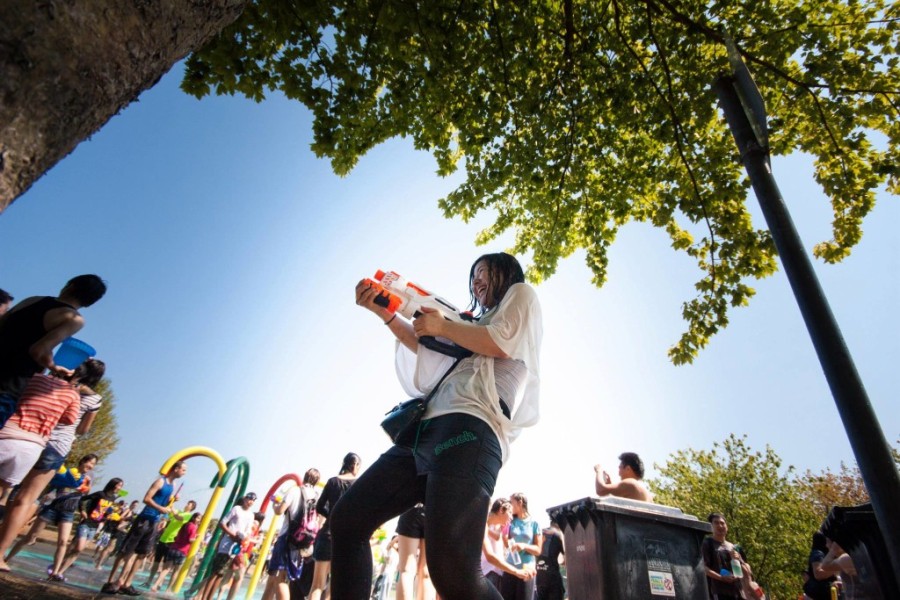 It’s summer time and the weather is hot, so what better way to cool off than taking part in Vancouver’s largest water fight? The annual event draws hundreds of participants ready to soak and get soaked. 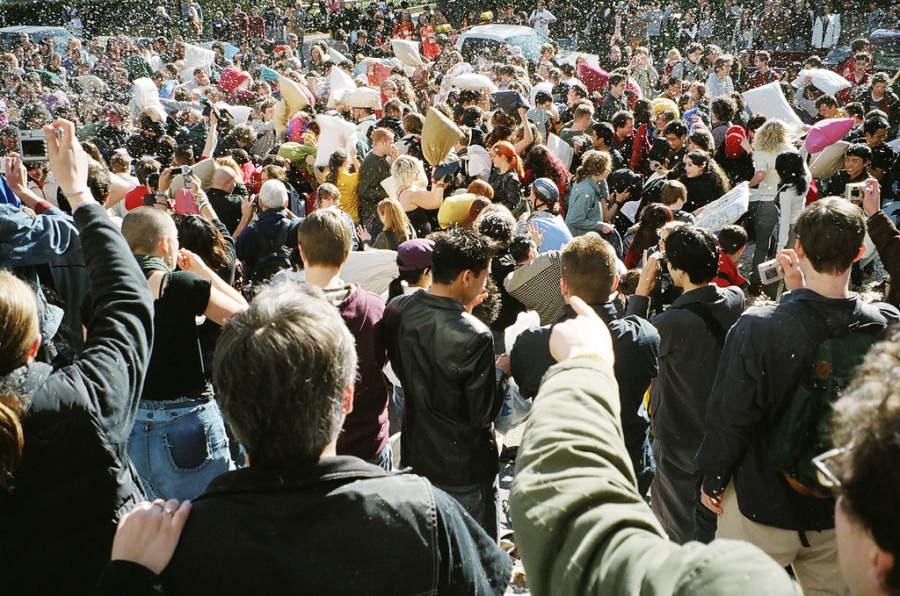 Vancouverites descend on downtown Vancouver with a pillow in hand as they embark on a journey to the Vancouver Art Gallery (Robson Street side) for International Pillow Fight Day. 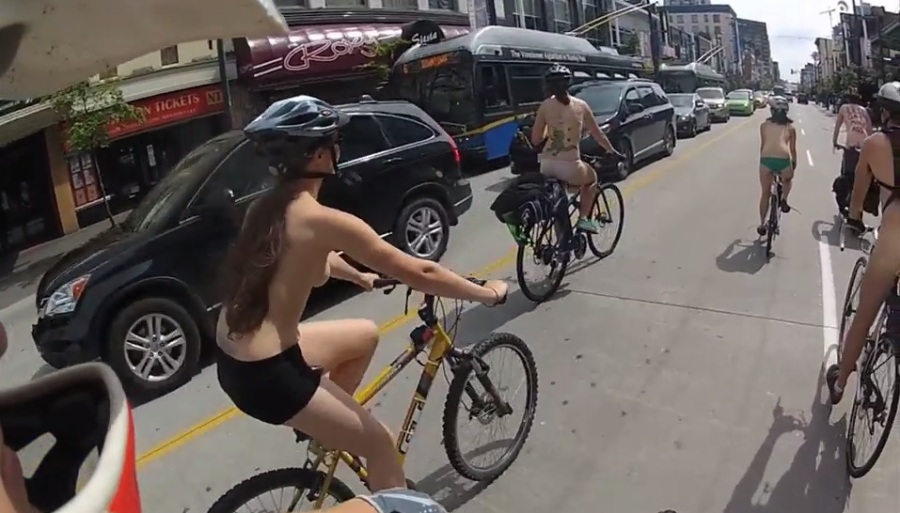 Hundreds of cyclists ride nude for the annual Vancouver Naked Bike Ride. Body painting and performances take place before the ride. The ride and all activities are free and take place rain or shine! The event is a celebration of creativity, individuality and, at the same time, a protest against car culture and oil spills. No doubt the naked bike ride will catch a few Vancouverites off guard. If you’re offended by the human body in all its glory, don’t say we didn’t warn you. 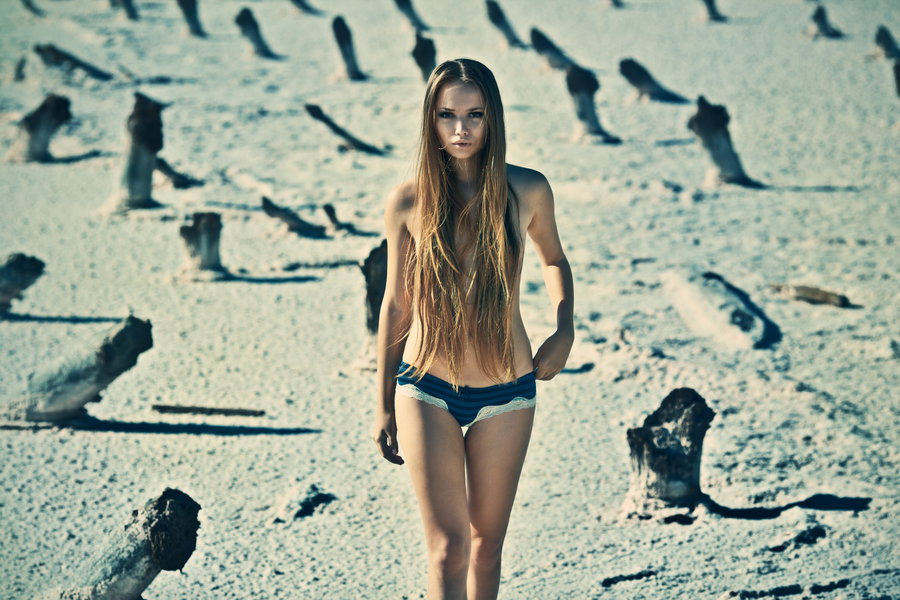 Go Topless Day lets people in cities around the world (including Vancouver) stand up for women’s right to go topless in public. 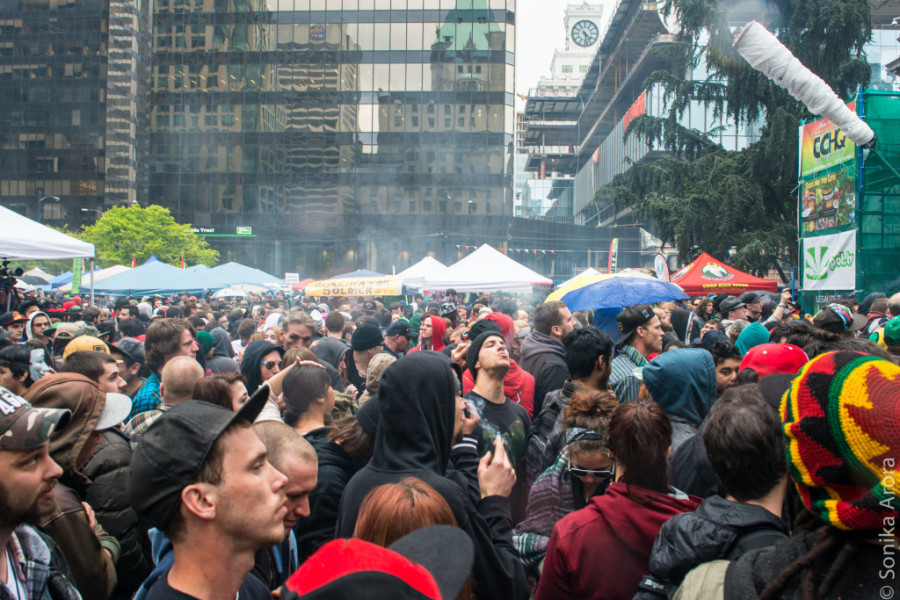 By 4:20 p.m. on the 20th day of the fourth month, a smoky haze hovers over the City Centre where masses converge every year. The political event, which doubles as a free-flowing cannabis marketplace and a mass recreational consumption, is part of the continued push to legalize marijuana in British Columbia. An estimated 30,000 gathered around the Vancouver Art Gallery in 2014. 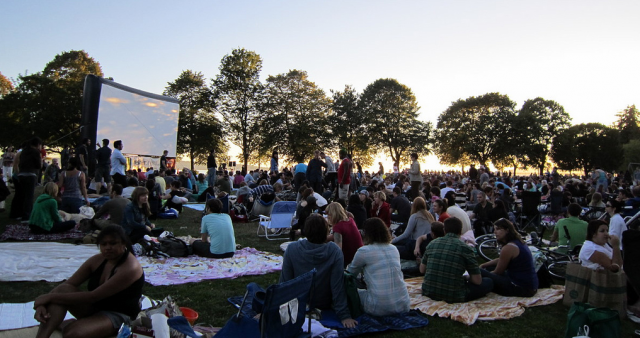 One of the most popular summertime events in Vancouver! Fresh Air Cinema’s Chevron Summer Cinema Series at Stanley Park – “in the park after dark” free outdoor movies – outfits Second Beach’s Ceperley Meadows with a four storey inflatable movie screen, transforming it into an outdoor cinema. In 2014, they expanded to include a weekly series at Canada Place. 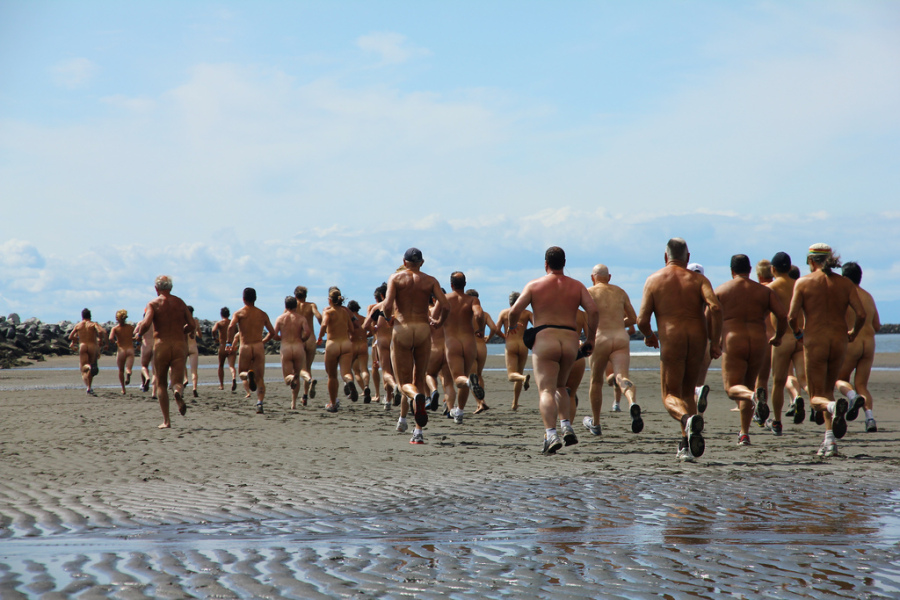 The Bare Buns Run lets you take it all off and let it all hang every year on Wreck Beach. The officially timed event spans 5 km and includes team participation, but a minimum of three bare bun runners is required.

Since 1920, every New Year’s Day Vancouverites have taken a cool dip in English Bay in one of the world’s most popular Polar Bear Swim events.