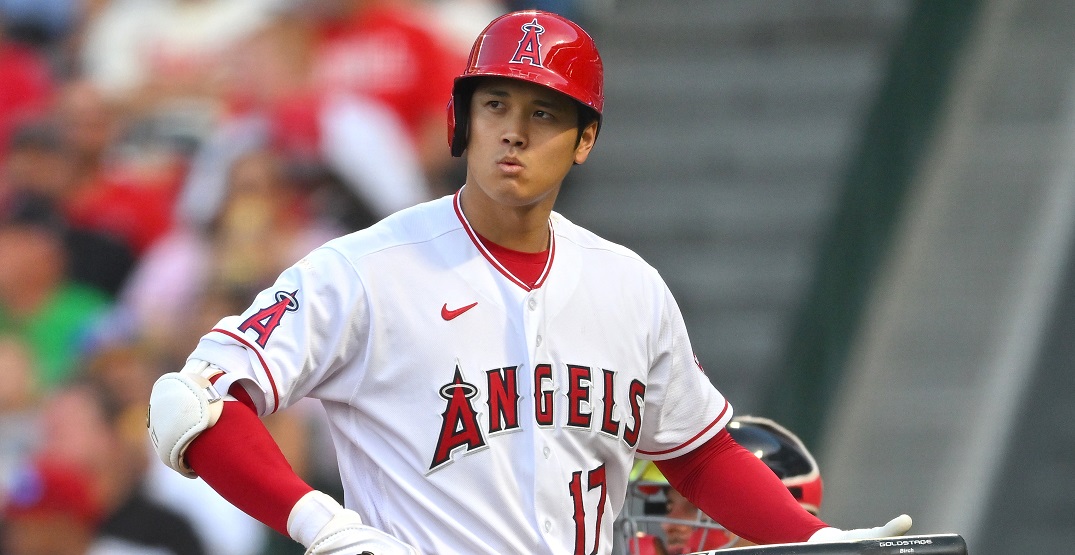 When the Los Angeles Angels hit a slump, they decided to burn it to the ground.

Losers of 13 straight games heading into Wednesday night, the Angels turned to Nickelback walkup songs to try to correct their wandering ways.

Having already fired veteran manager Joe Maddon earlier in the week, the Angels decided to give each of their batters a Nickelback walkup song prior to last night’s contest against the Boston Red Sox.

“I like Nickelback,” interim manager Phil Nevin said, via MLB.com’s Sarah Wexler. “The entire game, I got the songs in my head, I can’t stop singing, and the next guy comes up. … I don’t know who [picked Nickelback] but it was neat, for a while.”

But the move didn’t exactly work. In what could’ve been a great night for Twitter memes, jokes, and general banter, the Angels registered seven hits, but fell 1-0 to the Red Sox.

The 2021 AL MVP Shohei Ohtani got things going with arguably the group’s biggest hit, walking up to “Photograph.”

Here it is, folks: Shohei Ohtani walking up to Nickelback’s “Photograph.” pic.twitter.com/DV1RHeOVUN

Unfortunately, three-time MVP Mike Trout missed the game due to a groin injury.

From Wexler, here’s the full list of walkup songs from the Angels’ starters:

The Angels return to action tonight against the Red Sox at 6:38 PT/ 9:38 ET. Maybe a hero can save them…