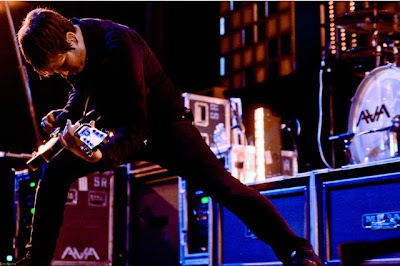 Image: LAist.com
When Tom DeLonge decided his time with Blink 182 was up, he claimed he was on the verge of something groundbreaking. That something was Angels and Airwaves. While I wouldn’t exactly classify their music as groundbreaking or anything new, I still quite like their catchy pop alt rock tunes. I guess some may consider them a grown up version Blink 182, which was one of my favourite bands growing up.
With three albums under their belt, We Don’t Need to Whisper (2006), I-Empire (2007) and Love (2010), the future for the band is looking bright, however, with Blink 182 back together some of the “side” projects may be put on hold for the time being. Angels and Airwaves play the Vogue Theatre. Last I checked tickets are still available.