Caprice nightclub was host to trance legend Andy Moor on Thursday night. Union DJ’s and Blueprint teamed up for another high profile artist with a taste for melodic dance music. Going to the show, I was really looking forward to hearing some of Andy’s new work from his debut album on a proper club sound system.  Caprice had proven itself as being an excellent venue for shows when I attended Ben Gold and Gareth Emery this year, so I wasn’t worried. Upon arriving before Andy’s set I was surprised to see that despite promotion for the show, there was a weak turn out. Clearly the weeknight factor was the major contributor to the spacious dance floor as Andy Moor is a very high profile artist that has a large following amongst Vancouver’s trance and progressive scene.

Andy invaded the decks at around 12:30 and jumped right into his distinctive progressive style that everybody loves so much. One of the early tracks that really had the crowd going wild was Emma Hewitt’s “Colours” mashed up with ATB and Dash Berlin’s “Apollo Road”. Omnia’s “The Fusion” had the desired effect that the wildly popular track has had this year and Andy even flirted with Tiesto’s classic “Love Comes Again”. There were many new tracks that Andy played during the first portion of his set that were excellent, but that I had never heard before.

The middle of Andy’s set was reserved for some of his “Zero Point One” tracks including “World to Turn”, “In Your Arms”, and “Trespass”. The crowd was especially happy when Andy played the classic he collaborated on with Above & Beyond called “Air For Life”. The final part of Andy’s set had some very invigorating songs and included Ben Gold’s remix of “Big Sky”, Velvetine’s “The Great Divide” and Armin van Buuren’s “Suddenly Summer”. 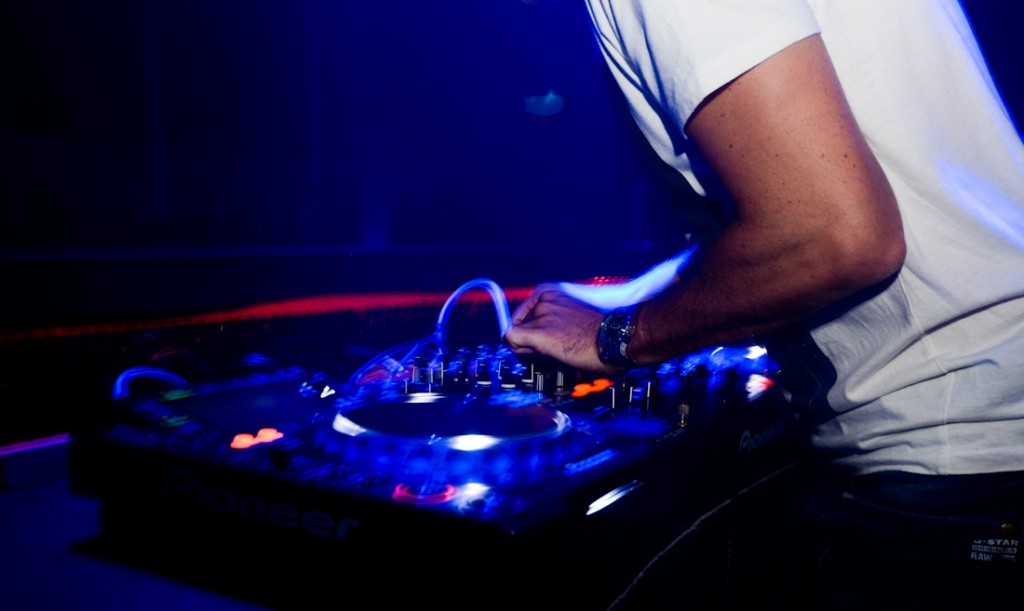 Andy’s flawless mixing and excellent set structure more than cemented his reputation as an A-list DJ for the intimate crowd at Caprice that night. It was apparent that Andy Moor was more interested in playing a perfect set than in jumping around and performing on stage as many DJ’s prefer to do. His set structure followed his progressive style that is often dominated by melodic elements tied in with aggressive bass lines. The Andy Moor experience flowed very smoothly and had us all dancing the entire duration of the set. You could definitely tell that the man has been in the business long enough to be a total perfectionist in whatever he does, whether it be mixing or producing. His productions alone are more than enough of a reason for you to follow the artist but I was overall very happy with Andy’s set and would definitely go see him again.