How secure is your device when it’s not in your hands? How much do you trust the person that is borrowing or holding your mobile device which is pretty much your life? These days, so many important activities are done via mobile devices, from banking to presentations to social media. Most people have their private accounts on their devices set to automatically sign in upon clicking the application. 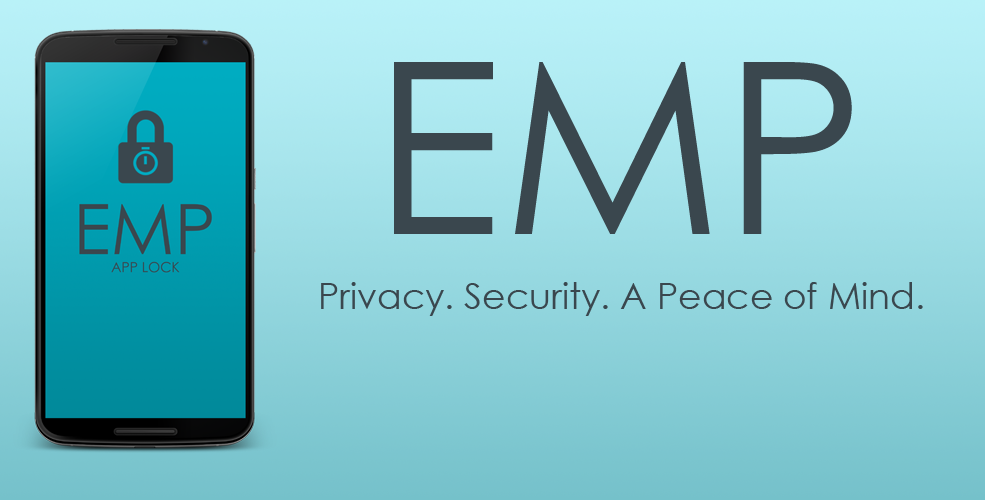 The app is compatible with virtually all Android devices, including tablets and phones, and includes a number of premium features that many similar apps either don’t have or charge for. It has a custom ‘draw password’ screen on entry, creating a unique style of security. In addition, there is also password protection with a security question and answer, fully customizable by the user.

Built into the app is a setting called “Admin Mode,” which fixes flaws other apps have. When enabled, it prevents the app from being deleted off the device or main window by unauthorized users. With other apps, this isn’t possible and anyone would be able to delete the app itself, completely voiding the idea of securing the device.

Another feature included is a timer, allowing apps to automatically unlock after a certain amount of time without having to go into the app.

The full Premium Version of EMP App Locker, full functionality and without ads, is only $0.99 and available to download on the Google Play store.

If you want to try it out for free first, there’s a free version available called “EMP App Locker Lite.” The only downside is that you can only lock one app at a time, and get the occasional ad. 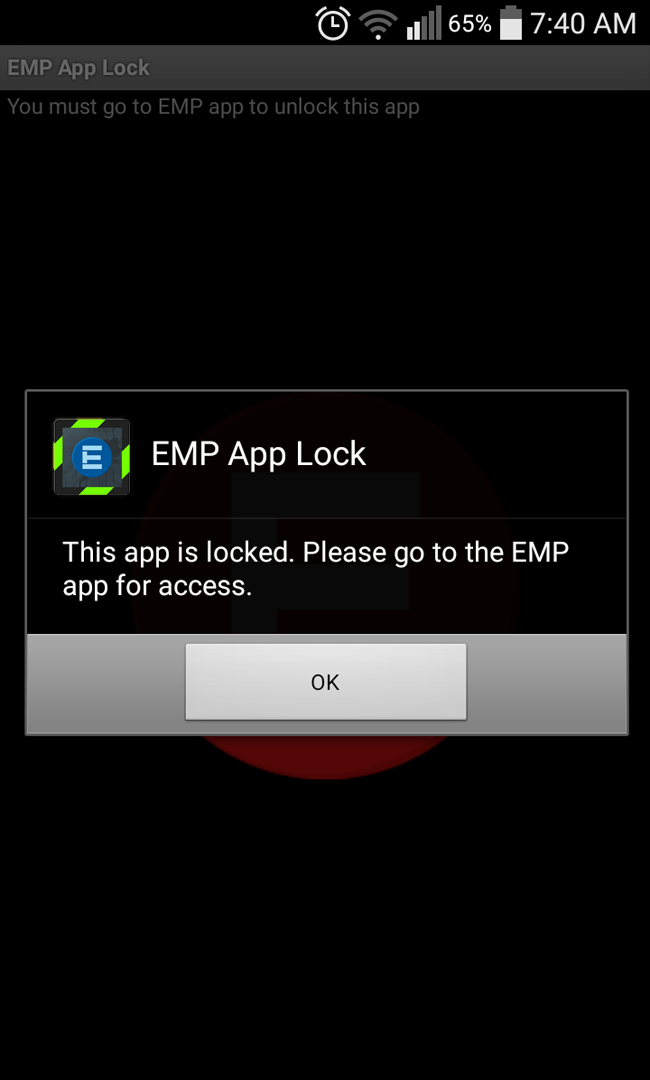 Top uses for the app and comments from testers

1. “This app is useful as I leave my bank account signed in and keep it locked with this app, so when I go back to it I just have to draw my password to unlock it via this app and I can get back into my bank account which stays signed in. Now I don’t have to re type my card number and password every time!”

2. “This app is very useful on the tablets I have for my kids. When it’s time for them to read books or do homework, I lock out all the gaming apps for an hour or so to let them focus and I don’t have to do anything after that as the timer unlocks them for me later. A good idea would be to add a favourite list so you can lock that list instead of choosing each app one by one, but over all a great app and great idea.”

3. “Cool app. I like the draw screen password a lot. I use it to lock out pictures and other apps I don’t want people to see when they borrow my phone. Some have even tried to get into my locked apps but failed. The lock screen that comes up when you select a locked app looks cool as well”

4. “I’m a student so I use this app to mainly lock out distracting apps while I’m studying like social media feeds to tempt me not to click on them. If I do a big lock screen comes up which works most of the time for me”

5. “One of the better app lockers out there and the full version for only 99 cents is a steal”

6. “Gave the free version a try and it was pretty good. Got to use all the features. Upgrading for 99 cents sounds like a deal to me”

7. “I keep admin mode enabled all the time, as I have important client information on my phone and tablet for my business, so if it gets stolen or somebody else has it, they can’t delete the app and see all my personal data. This is a great feature. Thanks”