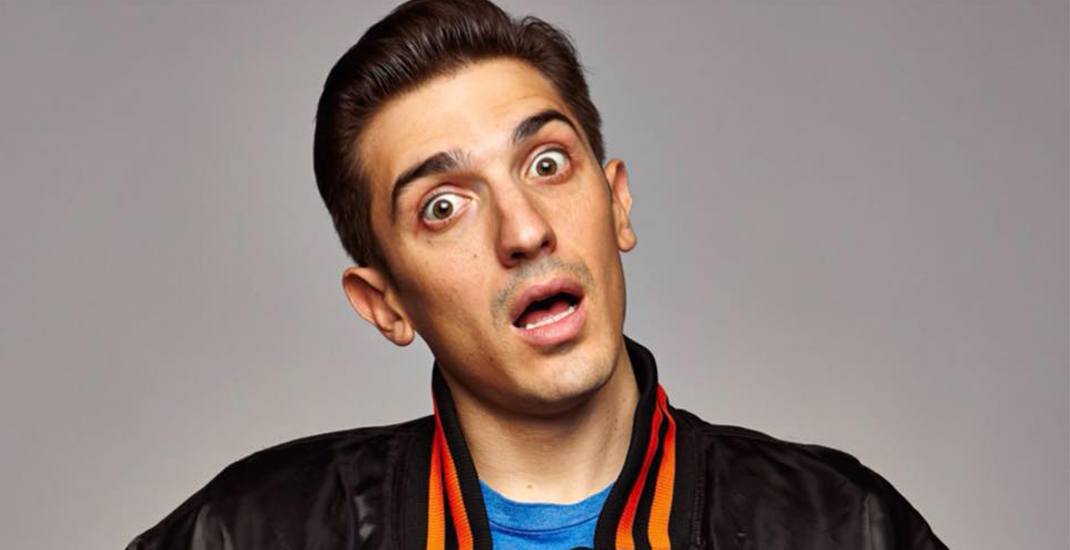 With a number one comedy album on Billboard, three successful podcasts, and an international tour, it seems like there’s nothing stopping comedian Andrew Schulz.

Tha New York native, known for his hilarious unapologetic comedy, is making his way to Vancouver this week for a show at the Rio Theatre.

The Confab Diary, a Daily Hive podcast, had a chance to connect with Schulz ahead of his Friday, August 17 show to talk a little politics.

Growing up in a left-leaning household, the UC Santa Barbara graduate made no bones about holding liberal America accountable when it came to the issue of comedy and political correctness. According to Schulz, comedy is meant to push the boundaries and question conventional wisdom. He argues it’s important to not restrain comedy.

The New York Times recently published an article on the Intellectual Dark Web: a growing list of thinkers, academics, and media personalities who are rapidly building their own mass media channels. Whether it’s Joe Rogan or Dave Rubin, Schulz joins a growing list of comedians who embody this philosophy.

To enter to win a pair of tickets to see Andrew Schulz at the Rio Theatre in Vancouver on August 17, do at least one of the following:

Contest entries will be accepted from the time and date of publishing until 11:59 pm on August 16, 2018. One winner will be chosen at random and contacted through the platform they used to enter.