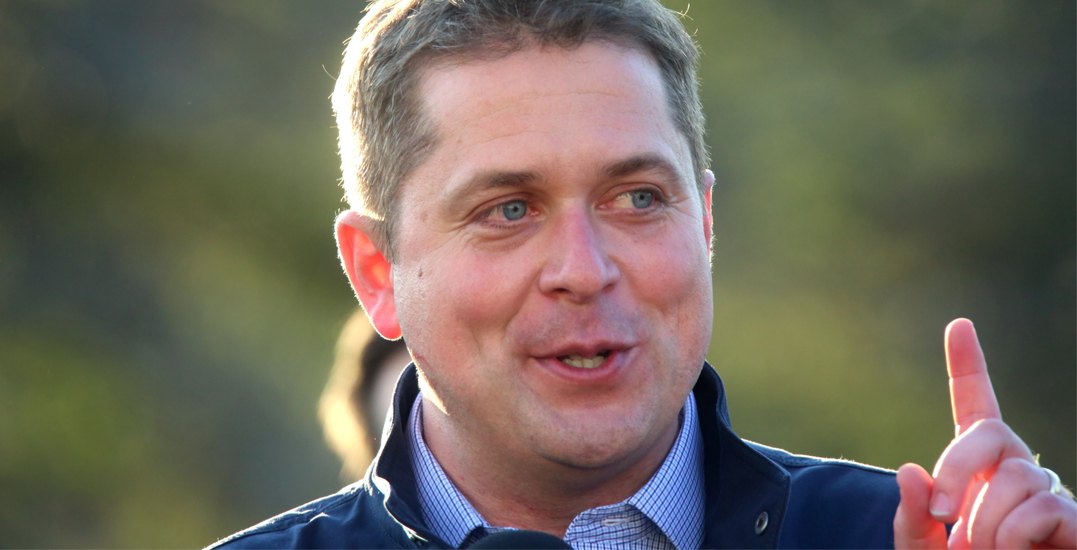 After a Liberal MP shared a video last week containing footage of Conservative leader Andrew Scheer condemning same-sex marriage in a speech, Scheer has now responded to the video.

The video, posted to Twitter by Minister of Public Safety Ralph Goodale, is of Scheer during his days as an MP in Saskatchewan.

It shows young Scheer speaking out against same-sex marriage, comparing it to calling a dog’s tail a leg.

“There is nothing more important to society than the raising of children, for its very survival requires it,” Sheer said. “Homosexual unions are by nature contradictory to this. There is no complementarity of the sexes. Two members of the same sex may use their God-given free will to engage in acts, to cohabit and to own property together. They may commit themselves to monogamy. They may pledge to remain in a loving relationship for life.”

He continues to say they cannot commit to procreation or marriage.

In sharing the video, Goodale tweeted that “to be a leader for all Canadians, the Conservative Party leader should now end his lifelong boycott of Pride events and explain whether he would still deny same-sex couples the right to marry, as he said in Parliament.”

To be a leader for all Canadians, the Conservative Party leader should now end his lifelong boycott of Pride events and explain whether he would still deny same-sex couples the right to marry, as he said in Parliament. pic.twitter.com/5WEyja6Ov5

Speaking to reporters on Thursday morning, Scheer said Trudeau and the Liberals “can’t run on [Trudeau’s] record… and that’s why he’s dredging up divisive social issues, trying to distract Canadians from his litany of failures.”

Asked about his comments in the video, as well as where he currently stands with his beliefs, Scheer said he has “always been” very clear on the subject.

“Nothing has changed for our party on this issue,” he said. “This is the same way we operate – which is under the same policies as the previous Conservative government – which is that individual MPs have the right to express themselves on matters of conscience.”

Scheer stressed a Conservative government “will not reopen this divisive social issue. That’s our position and has always been our position.”

Canadians, he furthered “can have confidence these issues would not be reopened, and I will oppose measures or attempts to reopen this debate.”

The Conservative leader was asked what would happen if a backbench MP tried to do just that.

“I know the Liberals are trying to create hypothetical situations,” Scheer responded. “But I have worked with my caucus over the last two years, and I know that we’re all focused on the things that unite us.”

That being said, he added, “We also recognize that we will not proceed with opening this debate again, and I am confident my party and caucus understands that.”

Scheer was also asked if it was still his personal belief that the ability of partners to procreate is essential to marriage, as he expresses in the video.

Scheer charged that it’s “really just the Liberals who are pushing this, trying to distract from their record,” and that the issue  “was settled long ago.”

Today, he said, “it is the law of the land, and I will always uphold that law.”