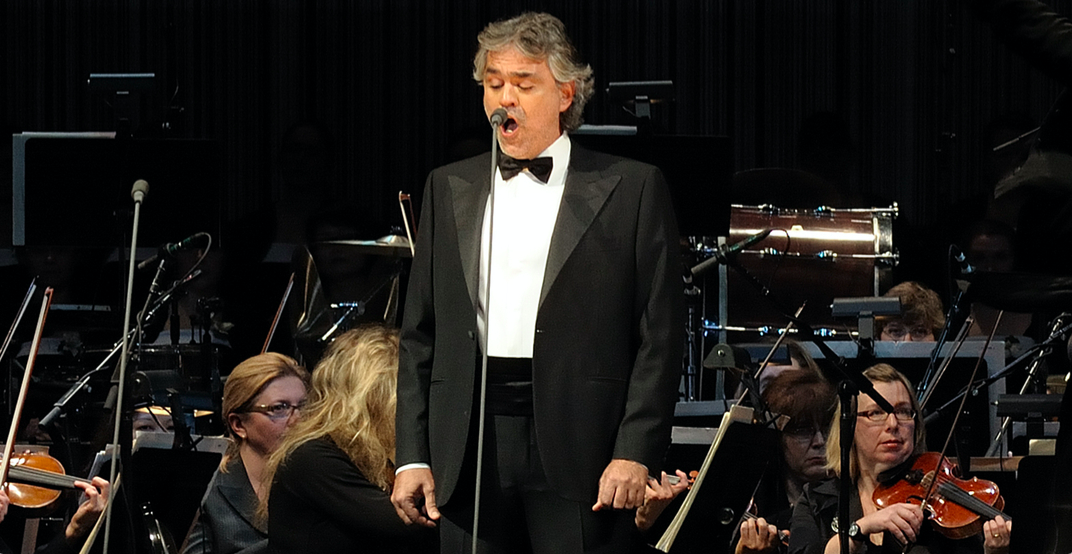 Fresh from the October release of his brand-new album ‘Sì’ and his first recording of all-new material in 14 years, Andrea Bocelli has announced he will be performing live in Vancouver early next summer.

Born with a gift for music, Bocelli has gone on to become one of the most renowned singers – performing at major international events including the Olympic Games and the World Cup. He has a Golden Globe, seven Classical BRITs and seven World Music Awards under his belt, plus a star on the Hollywood Walk of Fame. He’s sung for popes, presidents and royalty, performed in many of the greatest concert halls and opera houses, and sold 80 million records.

The Vancouver show, taking place at Rogers Arena, will consist of two parts: The first half of the evening will include Bocelli performing all of the best known operatic arias, followed by a performance of his most popular hits.

Tickets for this performance go on sale on Monday, December 10 at 10 am, through Live Nation.

Tickets: On sale through Live Nation, as of December 10, beginning at 10 am