Welcome to Behind the Bar, where we get to know a Vancouver bartender and what’s shaking (or stirring) where they work.

It truly was the end of an era in Vancouver dining when C Restaurant closed up in 2014, but when the elegant Ancora moved in, it was clear an exciting new chapter was about to unfold. Behind the bar at Ancora is Matt Cooke, who was tasked with coming up a drinks menu to complement the Japanese Peruvian fare, and creating a set of cocktails for a sophisticated crowd.

Cooke, who previously was at the Homer St. Café and has worked with Odd Society Spirits, says he hadn’t had much exposure to the spirits of Japan and Peru prior to landing at Ancora, so he immediately turned to the food for inspiration. 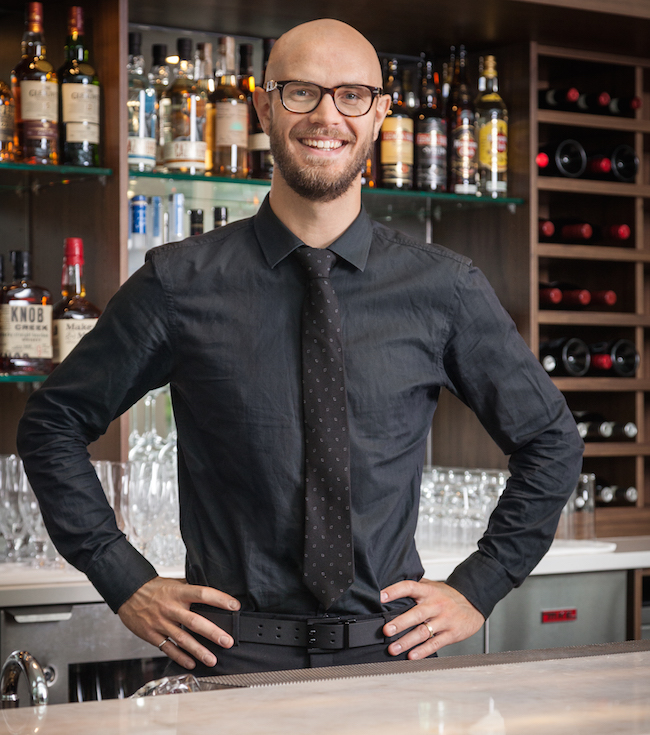 Two chefs rule the roost at Ancora, which has a slightly unusual dining format; Executive Chef Ricardo Valverde runs the stoves and brings the vibrant flavours of Peru to the menu, while Chef Yoshi Tabo mans the sushi station.

“I like to look to the kitchen a lot so that my flavours complement their flavours,” explains Cooke, with a nod to Valverde and Tabo. “The inspiration comes from local things, this richness, and the seductive flavours you get out of the umami of sushi.”

To go with the flavours, Ancora’s drinks menu spotlights key spirits from Japan and Peru, and is divided into three sections: House Cocktails, Pisco Classics, and Classic Cocktails. To celebrate Japan, Cooke is showcasing Nikka Whisky, including offering a tasting flight served on wooden boards Cooke made with the help of his grandfather.

Cooke jokes that the whisky is  “just like our Yoshi Tabo–made in Japan.” 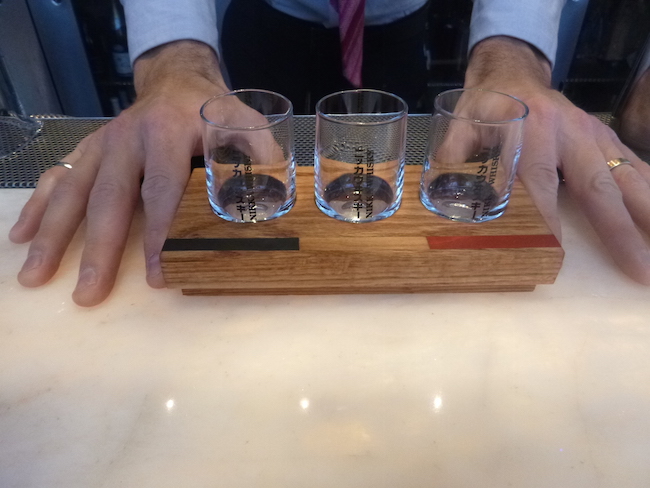 To honour the Peruvian side, Ancora’s bar features pisco, the grape-based high-proof spirit of South America that has come to be known in the signature Pisco Sour cocktail. Additionally, Cooke has stocked the Ancora bar with some Peruvian rums.

When it comes to the Ancora Pisco Sour, Cooke says it’s a tweaked version of a recipe he’s perfected over the years. Cooke explains that since Ancora launched, he’s had the chance to chat with several diners from Peru, and each one has a slightly different idea of what makes a perfect Pisco Sour.

“In Peru, every bar in every neighbourhood in every city has its own take on it,” Cooke elaborates, pointing to variables in the lemon to lime ratios, sugar to lime ratios, how much of a foamy egg white layer should be on top, or how many drops of bitters (Cooke puts five on his Pisco Sour).

The Pisco Sour is by far Ancora’s best seller, perhaps because its “freshness and liveliness” lends itself so well to Valverde’s ceviches and fish dishes on the menu.

Cooke believes that customers are primarily seeking balance in their cocktails, so he strives to satisfy that with his creations. One perfect example is the Red Sea Dead Sea, a drink that riffs on a recipe Cooke says they found from C Restaurant, and named accordingly. 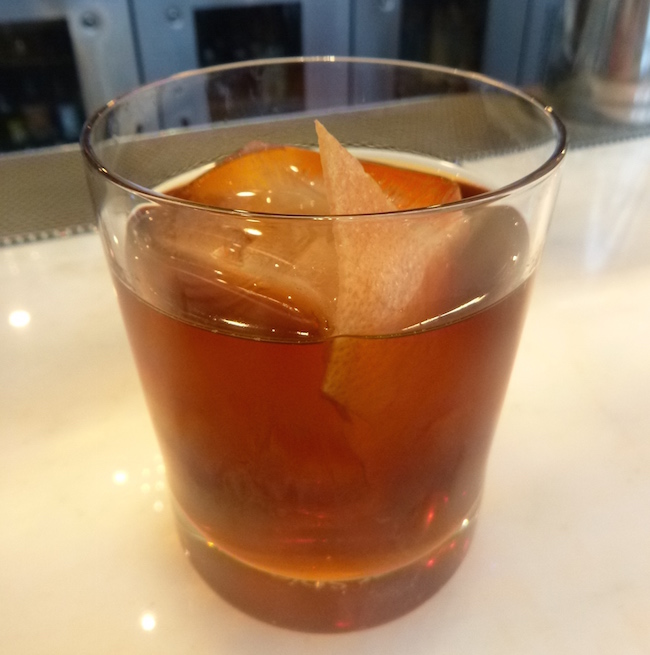 “It’s got this upfront sweetness, but a bitter, lingering finish,” explains Cooke. “The Creme de Cassis and the ginger are sweet, but you have the savoury-ness of the Akavit and the bitterness of the Punt e Mes.”

In an era where bartenders and drinkers are always on the lookout for new flavours, Cooke is happy to take part by seeking out ingredients that are fun and not found elsewhere, like Chicha Morada–a traditional Peruvian drink made of purple corn. At Ancora, it makes an appearance in the Chicha Libre, a play on the classic Cuba Libre, made with Havana Club 7yr rum, apfel korn, lime, and the aforementioned chicha morada.

There are patrons, however, that go to restaurants looking for drinks and spirits they are familiar with and loyal to. Cooke is happy to serve them, though he says he may elevate the experience a bit. If you’re looking for a Jack and Coke, Ancora is stocking Single Barrel Jack Daniels, so your Jack and Coke is going to be a very good one.

The customers are also benefitting from the opportunity to try spirits that are a break from the cheaper and less nuanced well versions, though when it comes to local craft distillers, no two vodkas (or gins) are alike, and not all play well with other ingredients. Cooke brought Sheringham Vodka in from Vancouver Island, because of its subtleties, and is pleased they’re stocking Unruly Gin, which is made from mead made with B.C. honey. 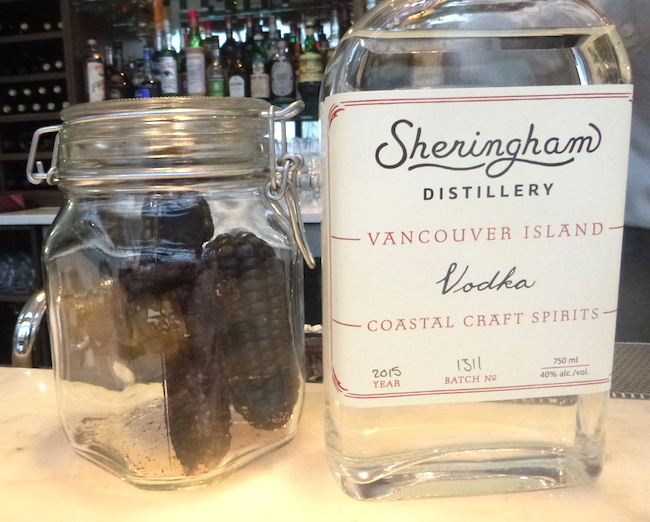 What’s also unique about Ancora is that it is situated off the beaten path, at least in terms of its proximity to other bars and restaurants, so quite often customers are coming in and staying in for a full night of dining and drinking, rather than popping in then exiting to hit up another venue. Cooke says that’s been a bonus, because tables are kicking off their meal by ordering cocktails, then moving on to a bottle of wine with dinner, then perhaps winding it down with the whisky flight, and the experience is more rounded and enjoyable for everyone.

And it’s the customer that remains key for a gig like tending bar, and whether Cooke is making Ancora’s Japanese Cocktail (Improved) or a Negroni, he’s glad to have the chance to serve his drinks to a receptive crowd.