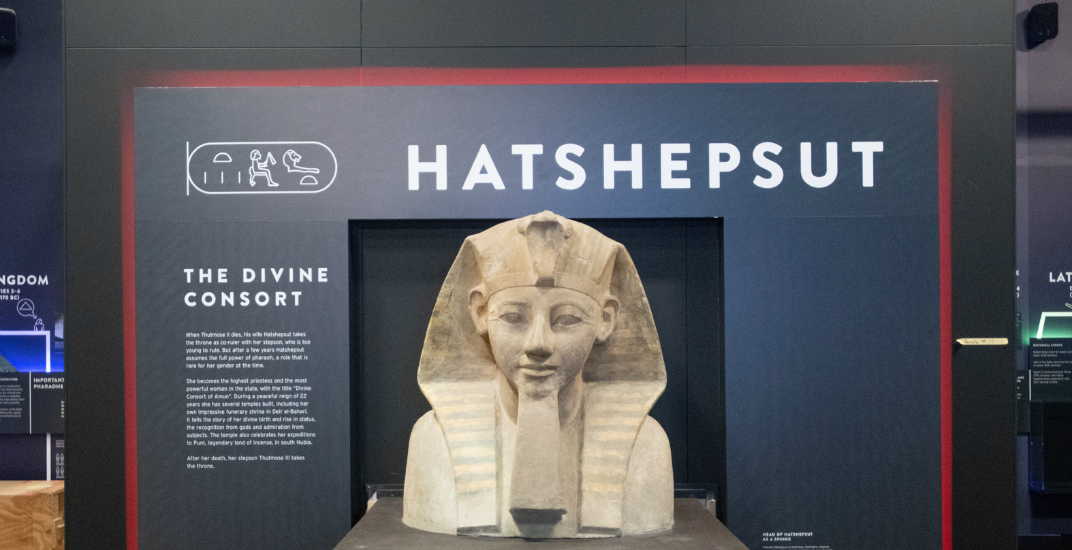 There’s always more you can learn about Ancient Egypt (by far, one of history’s coolest time periods), and you’ll have a once-in-a-lifetime opportunity to explore this era at the Royal BC Museum in Victoria.

Egypt: The Time of Pharaohs, an exhilarating exhibition that’s going to be running right through to December of this year, takes a look at over 300 original artifacts that teach us about the lives of everyday Egyptians and those who ruled them.

And the exhibition is bringing in a rare 3,500-year-old artifact that’s going to inspire your journey back to ancient Egypt – the bust of a female Pharaoh Hatshepsut. The Pharaoh Hatshepsut was a woman who was often portrayed as a man, and nearly erased from history itself! 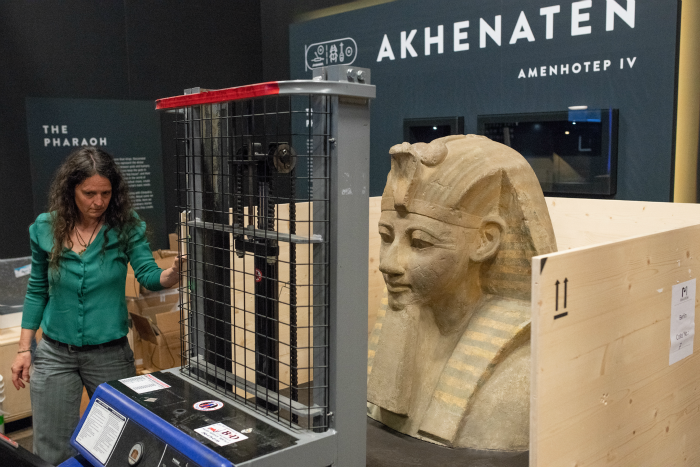 Standing over three feet tall in excellent condition, this sculpture is made of silicified sandstone and it was created way back in the 18th dynasty (1479-1458 BC). The fact that it exists at all is a minor miracle; almost all depictions of this pharaoh were destroyed by her stepson.

Originally the wife of a Pharaoh Thutmose II, Hatshepsut became the regent when her husband died. She was meant to oversee Upper and Lower Egypt until her infant stepson, Thutmose III, could take over. Instead, after seven years acting as regent, Hatshepsut assumed the title and full powers of Pharaoh herself and became co-ruler with her stepson.

Historians only learned about this unique Pharaoh in 1903 when Hatshepsut’s monumental tomb was found. But why was her legacy hidden from history? It’s believed that her stepson conspired to hide evidence of her influence, but the mystery remains unsolved to this day.

Now, Hatshepsut’s sculpture is on loan from the Egyptian Museum in Berlin, Germany (Agyptisches Museum und Papyrussammlung), which houses one of the finest ancient Egyptian collections in the world. The Royal BC Museum exhibition paints an elaborate and immersive picture of life in ancient Egypt, from the pedlar to the pharaoh, the beginning of the ancient empire to the end, and from the natural landscape to the human-made monuments.

Don’t miss out on the opportunity to see it while it’s in Victoria for a limited time. Tickets cost $26.95 for adults and $18.95 for students, you can get yours now via the Royal BC Museum. And to celebrate, we’ve teamed up with Royal BC Museum to give you the chance to win a trip for two to Victoria, accommodations and transportation included, by entering the contests below.

Enter for your chance to win a grand prize with an approximate retail value of $800, courtesy of the Royal BC Museum for the contest taking place in May. The prize includes the following:

The grand prize for the July contest has a retail value of $800 and includes the following:

Each of these entry criteria must be met for your submission to be considered as a valid contest entry. Entries cannot be submitted by any other means. Limit one entry per social media platform per individual.

Egypt: The Time of the Pharaohs