Jim Benning and Trevor Linden did a whole lot of overhauling in the last week. It’s unclear whether they will be better or not next year (perhaps they would have anyways with the departure of John Tortorella), but they will certainly be different.

While the team may make more moves before the season starts, it’s likely that most of the major moves are complete.

Here is how I project the Canucks to line-up this upcoming season:

Losing Ryan Kesler will be a crushing blow to this team and I thought they would have been well served to re-sign Mike Santorelli. In their place will be Nick Bonino (a downgrade to Kesler) and Radim Vrbata (an upgrade to Santorelli). I have Vrbata on the second line, anticipating a good bounce-back season by Alex Burrows. Linden Vey is a wild card, given his huge potential and lack of experience. Derek Dorsett will provide a much needed spark, delivering heavy bodychecks on the fourth line. Bo Horvat and Nicklas Jensen have an outside chance to make this team, but they will have to prove themselves in the preseason.

On defence, 24-year-old Luca Sbisa will look to prove himself and that probably means he is a downgrade to Jason Garrison, at least in the short-term. Garrison had a horrendous year last year while playing through an injury, but I think he is a better all-around defenceman than many give him credit. It will be interesting to see if Frank Corrado can supplant one of the veterans and earn a regular NHL spot.

It has been interesting to see the backlash at the Miller signing by Canucks fans on Twitter. Never has such a good player (a Vezina winning goalie just four years ago) been signed by Vancouver to such mixed reviews. 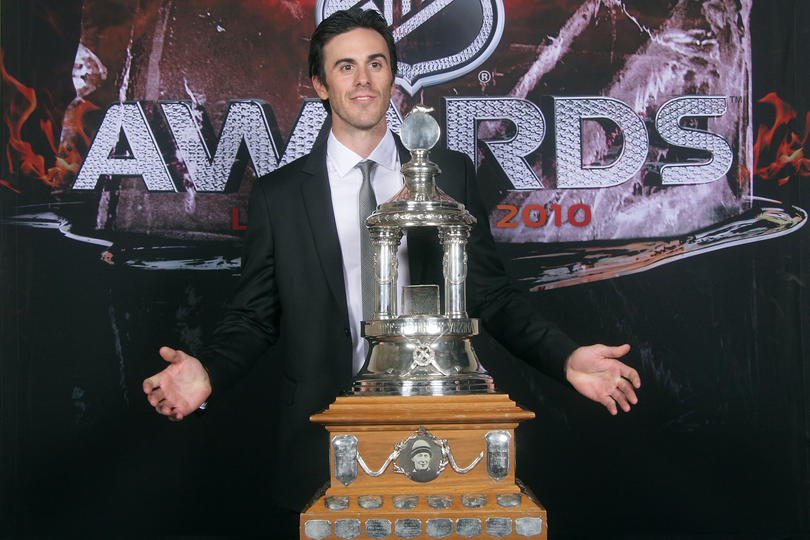 Say what you want about Ryan Miller and his contract (3 years at $6 million per season), but the team is certainly more stable in goal. I probably would have liked for the team to go with the slightly younger/cheaper Jonas Hiller (2 years at $4.5 million per season), but getting a potential all-star goalie that wants to play here isn’t a bad move.

They could have decided to anoint Eddie Lack as their number one goalie, but it certainly would have been a gamble. Even if we give Lack a bit of a pass based on how John Tortorella over-used him late last season, it should be noted that Lack’s 19 games post-Olympic break were only two more than goalies like Marc-Andre Fleury, Semyon Varlamov and Kari Lehtonen. I expect Ryan Miller to have a good season, playing in about 55-60 games.

The Canucks slogan this year is “change is coming” and they have certainly delivered on that. Is it change for the better? It’s too early to tell, but at least the team now has some semblance of a future. They have four 1st round draft picks over the last two seasons for the first time in their history. They have two top 10 picks playing in their system for the first time in 15 years. They also have players who have yet to truly find their form in Nicklas Jensen, Zack Kassian. This isn’t to say that they are poised to rattle off championships in the near future, but they should get a big boost from young players on cheap contracts in a couple of years.