The Vancouver Canucks officially hired Jim Benning on Friday and you’re probably already sick of hearing about the “Boston Model”.

Trevor Linden briefly coined this phrase when he first came on as president of hockey operations but Benning claimed he didn’t know what the “Boston Model” is. Really, the Boston model is whatever you want it to be.

What is the Boston Model? 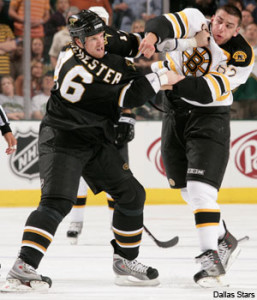 When thinking of the “Boston model,” most people immediately think of someone like the hulking Milan Lucic or the imposing Zdeno Chara. They don’t often think of the crafty David Krejci (who lead the NHL in playoff scoring both times the Bruins went to the Stanley Cup Final) or many other players on their roster who aren’t what you would classify as a ‘bully’. The “Boston model” is not having size just for the sake of having size, and is much more than just playing a physical and rugged game.

While size and toughness is an important part of the Bruins success, it is also a team that is top-to-bottom deep, with lots of grit and skill. On the business aspect of things, the “Boston model” implements good drafting, trading, and wise free agent signings, which leads us to our second point. 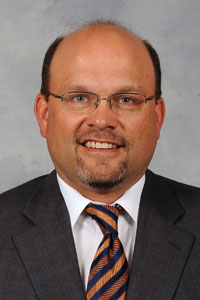 Every team aims to make smart trades and free agent signings, but few teams recently have executed these moves better than the Bruins. With Peter Chiarelli at the helm, the Bruins have really made some bold trades that looked to hurt his team in the short-term, but really benefitted the Bruins in the long-term.

You can site trades like the Phil Kessel one as a premier example of that. It’s not easy giving up a 21 year old pure sniper coming off of a 36 goal campaign in exchange for two first round picks and a second round pick. These picks would end up turning into Tyler Seguin, Dougie Hamilton, and Jared Knight. While Dougie Hamilton has already emerged as a Top 4 defenceman, Tyler Seguin was packaged with Rich Peverley last summer for Loui Eriksson, brilliant youngster Reilly Smith and two other prospects.

Another trade that benefited them in the long-term was the Tuukka Rask trade. Here, the Bruins gave up promising starter Andrew Raycroft (rookie of the year just two years prior to the trade) to the Leafs, in exchange for goaltending prospect Tuukka Rask, who is now among the elite goaltenders in this league.

The Canucks could use a similar short-term pain for long-term gain type of trade. Ryan Kesler perhaps?

One of the biggest issues that has been hampering the Canucks recently is a lack of depth within the organization. During the Canucks’ 2011 Cup Run, the team had very good depth and reliable secondary scoring. That depth deteriorated with the loss of Manny Malhotra, Mikael Samuelsson, Sami Salo, Christian Ehrhoff and Raffi Torres (not to mention losing both Roberto Luongo and Cory Schneider).

The Bruins don’t over-rely on any one player to do the scoring for them. They had six forwards with over 50 points this past season. The Canucks by comparison, had only one (Henrik Sedin) and had only four forwards with more than 50 points during the 2010-11 season (Henrik Sedin, Daniel Sedin, Ryan Kesler and Mikael Samuelsson).

Nobody should expect the Canucks to change the makeup of their team overnight and begin competing for the Stanley Cup. This is why drafting is going to be very key if the Canucks want to follow this model.

If the Sedins can’t regain their Art Ross Trophy form, then the Canucks would be wise to try to build around a four line concept, rather than relying on their top 3-4 forwards so heavily as they have done in recent years.

This commitment could really pay off in the end like it has for the Bruins.