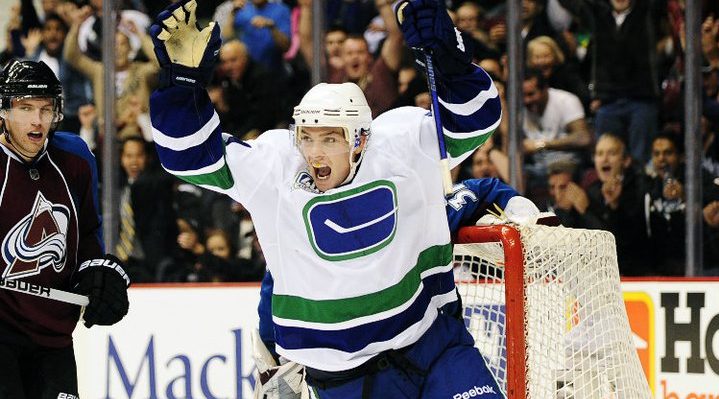 Mason Raymond has found a new home, with the Anaheim Ducks organization, after being bought out by the Calgary Flames last week.

Raymond is coming off a disappointing season in which he split time between the Flames and the Stockton Heat of the AHL. He put up just just 5 points (4-1-5) in 29 games in Calgary, while putting up 15 points (6-9-15) in 15 AHL games.

Raymond played six seasons in Vancouver, prior to joining the Toronto Maple Leafs for a productive season in 2013-14 in which he scored 45 points (19-26-45).

The speedy winger who turns 31 in September will hope to crack the Ducks’ opening night lineup with a good showing in training camp.

There will be many familiar faces in Anaheim for the native of Cochrane, Alberta.

New Ducks head coach Randy Carlyle was Raymond’s coach for his lone season in Toronto. He’ll also be reunited with Ryan Kesler and Kevin Bieksa, his old teammates from Vancouver.