2012 was an incredible year for Vancouver actress Sandy Sidhu. Having shot a guest star role on the hit television show Primeval: New World, starred in a warming short film called Heart of Hearing opposite Breakaway’s Vinay Virmani in Toronto, and finally flying to Mumbai with Bollywood knocking as Rakeysh Mehra had tested her for his upcoming feature Bhaag Milkha Bhaag.

Now it’s 2013, and the momentum has carried through for her as CBS has cast her as Amelia Hayes in their upcoming television pilot Intelligence starring Josh Holloway (Lost).

I had the pleasure of chatting with the beautiful actress. We talk about her upcoming pilot, what she had for breakfast, favorite superpower and more. 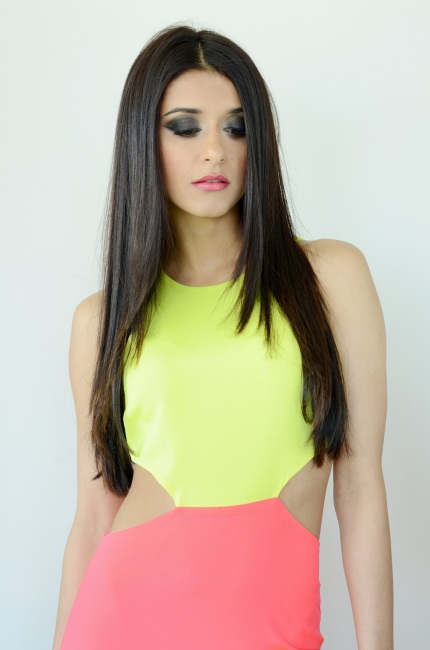 Felix: You recently shot a pilot for CBS, congratulations. Tell us about the show.

Sandy: Thank you so much! Yeah, it stars Josh Holloway and is a high concept drama. In a nutshell, it’s about a U.S. Cyber Command unit that has an agent with a chip implanted in his head that allows him to access the entire electromagnetic spectrum. I couldn’t put the script down when I first read the pilot. I’m very excited for audiences to watch this when it comes out.

Sandy: What personally hooked me to Amelia are her strength and her tenacity. She’s a very dynamic character. Can’t say much beyond that for now. I don’t have a favourite type of role per say. I always look at the script, breakdown the purpose/function my character has in relation to the overall story and do my best as an actor to serve that. Everything is a new playground and I tell myself to be open and enjoy the exploration of a new role or genre.

Felix: Last time we spoke, you just wrapped your very first producing project titled Fade Out. A little birdie may or may not have told me that you are possibly thinking of producing/writing a Television series – (with me as the lead, okay, maybe not the lead). Tell us more about that.

Sandy: Haha yes! I am! Myself and my producing partner, fellow actress Crystal Lowe, are launching a new production company shortly and we’re very excited about this new venture of ours. At the moment, we are currently working very hard on a new series, along with other projects in development. Stay tuned.

Felix: Which do you prefer writing and producing to acting, or do you love them all equally?

Sandy: Acting’s my first love. But producing is something right now that Crystal and I are running with because we’ve discovered we really enjoy it. She’s an incredible partner to have; we keep bouncing all these ideas off one another. But to answer your question, acting AND producing elevate my passion for both at the same time if that makes sense.

Felix: You’ve already answered some questions with us a few months ago, so I’ll try to ask some more in-depth ones. Do you consider yourself a sex symbol or someone that possibly Desi-women look up to? 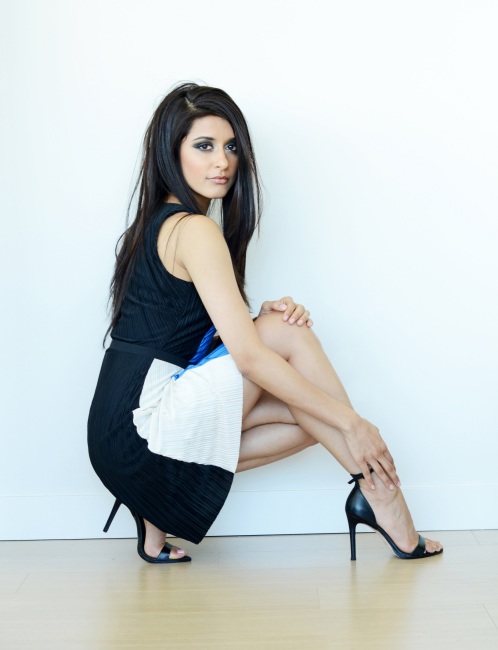 Sandy: Oh uhhh! Well this is throwing me off guard. No, I’ve never thought about that to be honest. So let’s just jump to part two haha. Yes, I love being a desi girl. I love my heritage and that I’m Canadian. But I don’t expect anyone to look up to me. I just consider myself a girl who’s doing something that she loves and if I can inspire people along the way then great. I get very fired up about the topic of following your dreams though and I always hope that people are encouraged to follow their own passions with belief and vigor. I’m always the person telling you — you can do it — to never give up. 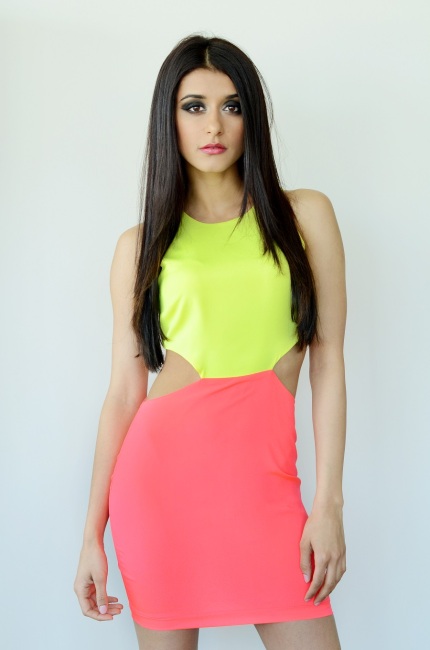 Felix: Okay, I didn’t mean to put you on the spot with the last question, let’s do something more fun. What did you eat for breakfast this morning? Take us through a day in the life of.

Sandy: This I can answer! Haha. Yeah breakfast is actually my favourite meal of the day! I’m big on it and I can’t leave the house without a huge meal. This morning I made scrambled eggs with spinach and mushrooms, whole grain toast, and blackberries. And tea. I can’t live without my cup of chai tea in the morning. It’s the desi in me.

Felix: The Bollywood awards have come and gone. What did you think about the event? Did Vancouver pull it off? Anything you would have done differently?

Sandy: There were discussions as to whether the event should’ve happened in the first place. It was quite the stir and to be honest, with the current dire conditions of our  BC film industry, I don’t think it was something that should’ve happened in the first place. But organizers did pull it off without a hitch. It was a razzle dazzle spectacle and I enjoyed the show .

Felix: Last, but not least, and it’s an easy one… if you had one superpower, what would it be and why? 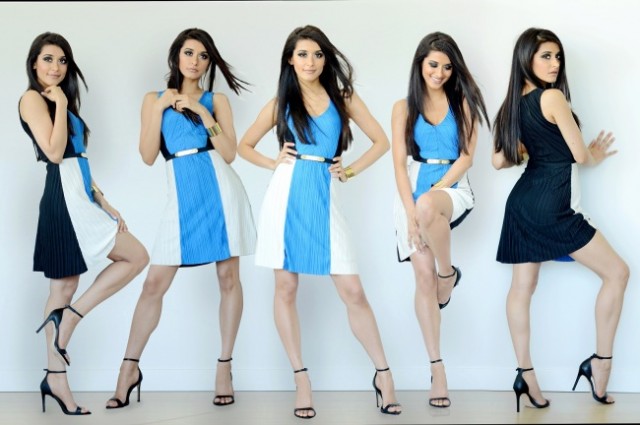 Sandy: I’ve actually mulled over this for quite some time. But I’ve decided on teleportation. Think of the places you could visit in an instant but also the friends you could scare. You’d be the most successful prankster there ever was.