Brenden Dillon’s path to the NHL is not one many take. Undrafted twice, he persevered and found a way to become an impact player in the best league in the world.

Dillon stopped by Vancity Buzz headquarters this week, as part of promoting the Ryan Johansen and Brenden Dillon Whistler Invitational Golf Tournament. Dillon and Johansen are inviting fans to play a round of golf with some NHL stars this August 7-9 in Whistler.

The weekend package includes transportation, two nights at the Pan Pacific Mountainside and a round of golf at the Whistler Golf Course. Also included are a couple of evening events, giving you the chance to rub shoulders with an impressive list of NHL players. Shea Weber, Jamie Benn, Duncan Keith, Ryan Nugent-Hopkins and Zack Kassian, just to name a few, have already signed up for the tournament.

The goal of the event is to raise funds and awareness for Make-A-Wish Foundation of Canada.

Dillon has settled in nicely with the San Jose Sharks after being traded by the Dallas Stars 20 games into the 2014-15 season for Jason Demers and a 3rd Round pick in the 2016 draft. While he takes pride in his accomplishments so far, it is clear in talking to Dillon that he feels this is just the beginning: “no matter what level you are at, you can always get better and you can improve”. 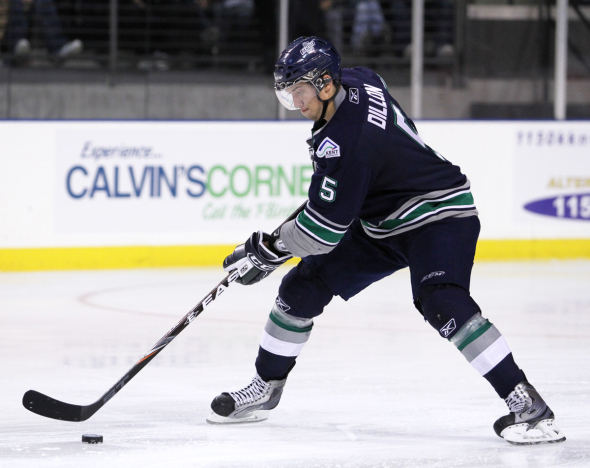 It’s not surprising that Dillon is so focused on constant improvement. A product of Surrey Minor Hockey, he was overlooked in the WHL Bantam draft. Dillon played a season of Junior B with the Hope Icebreakers before moving on to four successful years with the Seattle Thunderbirds of the WHL. Then he was passed over at the NHL Draft as well. Despite this, he persevered.

I couldn’t see myself doing anything else. I loved playing the game. I loved going to the rink everyday. Anything that had to do with hockey. Watching hockey or playing, I wanted to be doing it. I wouldn’t take no for an answer.

The Dallas Stars signed the big 6’4″ mobile defenceman as a free agent in 2011 and the rest is history. He played for the Texas Stars before moving on to the Dallas Stars full-time.

Dillon does not understate the impact playing for current Vancouver Canucks coach, Willie Desjardins, had on him. Dillon played for Desjardins during his rookie season with the Stars.

A first class man away from the rink and probably one of the best, if not the best, coach I’ve ever had an opportunity to be coached by. His success speaks for itself and it was no surprise to me personally seeing how well he did with the Canucks this year.

After a successful 2012-13 lockout shortened season with Dallas, Dillon received a phone call from Steve Yzerman to play for Team Canada at the 2013 World Hockey Championships in Stockholm, Sweden. 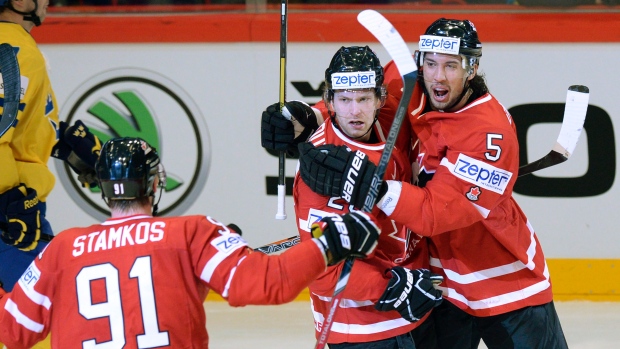 Dillon admits playing for Team Canada for the first time at any level with some of the best players in the world gave him the belief that he can be more than just an everyday player in the NHL.

It was [playing for Team Canada] definitely a big confidence thing for me. Even to this day. I think for any player, unless you are that 1st overall 1st round pick, I think there is almost a negativity that creeps in or whatever it might be. Do I really belong here? Can I really do well here? I always wanted to get to the NHL, but, once I got here, I want to get better. I don’t want to be satisfied with just being OK.

Clearly he has not let his fame get to his head. Dillon does his offseason training locally with Tim Preston of Impact Hockey, a name very familiar to those involved in all levels of hockey in the Lower Mainland, and stays with his parents in the Surrey home he grew up in. He also isn’t shy about admitting growing up a fan of the Vancouver Canucks. 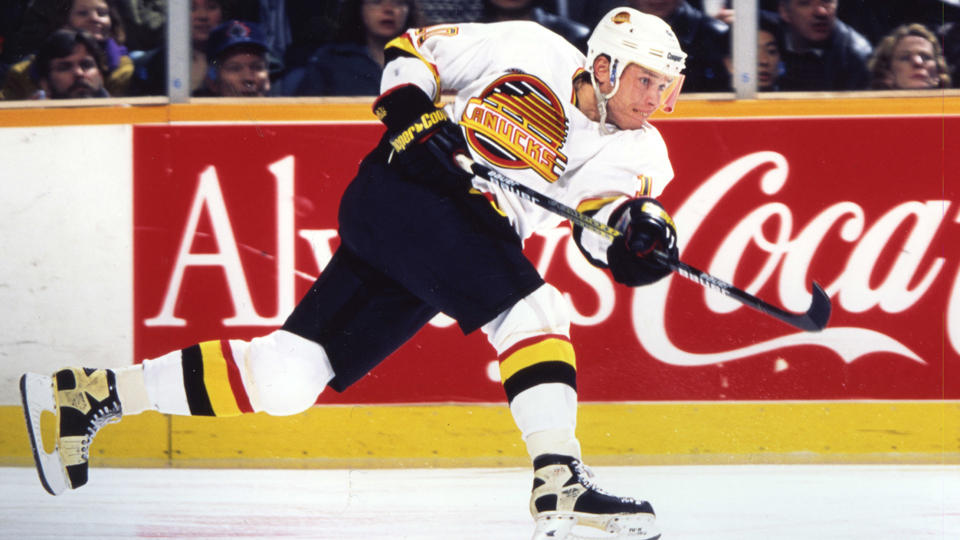 I grew up watching Ed Jovanovski and the Sedins. I have posters of those guys in my bedroom still at home. I’d be lying if I said I wasn’t a Canucks fan. Pavel Bure was probably my favourite guy. I used to wear #10 all through minor hockey. In the back of my head, if there is another team in the league that I want to see do well, especially now with Willie being there, I will cheer for them. Not against us, obviously.

While Dillon continues his offseason workouts, the business side of hockey has kicked in as well. A year ago, he went through a contentious contract negotiation with the Dallas Stars. The one-year deal signed last summer with the Stars made Dillon a restricted free agent this year, but he is optimistic a deal will get consummated with the Sharks with a lot less drama.

I had some really good talks at the end of the year with the GM, Doug Wilson and my agent has been in contact with them since the end of the season. We still have June, July, August before training camp, but hopefully things get done sooner than later.

It isn’t all business in the offseason though. While the 24-year-old is working hard with his off-season program, he admits that he has one particular weakness when it comes to his downtime.

I’m a huge Oreo guy! If there was something that I was given a free lifetime supply of it would be Oreos. I don’t care if is a birthday cake, the golden ones, the normal ones or double stuffed. I definitely love me some Oreos and a glass of milk!

Ryan and Brenden have set a fundraising goal of $25,000. Donations can be made at the Whistler Invitational website.

The cost of the tournament is $750 per person, which includes:

Proceeds from the tournament will go to the Make-A-Wish Foundation of Canada. By granting the wishes of children with life-threatening medical conditions, Make-A-Wish enriches the human experience with hope, strength and joy.

For more information about the charity tournament, visit the Whistler Invitational website where you can sign up for the weekend or simply make a donation to the Make-A-Wish Foundation. The tournament is being run with the assistance of Potential Apparel, who contribute regularly to Make-A-Wish, Right To Play and HEROS Hockey. Vancity Buzz readers can receive 15% off at Potential Apparel by using the promo code “vcb”.