Born and raised in Vancouver, BC. Luisa D’Oliveira has had people talking since she first entered the film industry four years ago.

As an actor whose roles are as diverse as her interests, Luisa has played a lawyer on “The Good Wife”, gotten laughs on the long running series “Psych”, turned on her sci-fi genes for “Supernatural” and “The Secret Circle”, stretched her gams on “Hellcats”, and even worked opposite Joseph Gordon-Levitt in the feature film 50/50.

Recently Luisa has been cast in a leading role in CBC’s drama “Cracked” as a young, cynical detective struggling with the grey area that occurs where mental illness crosses crime. 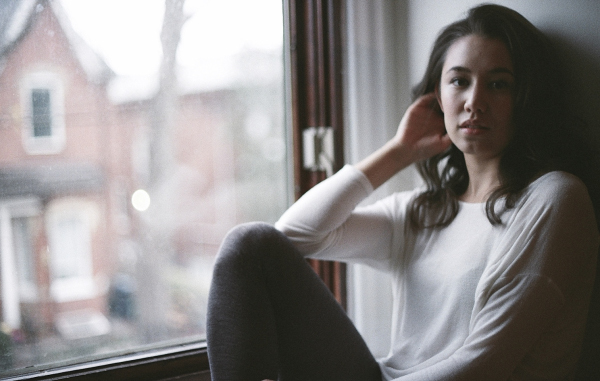 I had the pleasure of interviewing the vibrant actress. We talk more about her new show “Cracked”, her upcoming projects, and even explore her guilty pleasures.

Felix: You’re staring in a new television series titled “Cracked” where you play Detective Poppy Wisnefski. Tells us more about the show and your character.

Luisa: The show is about mental illness and how complicated and difficult it can be. It centers on Aiden Black, a brilliant cop who’s had more than one mental breakdown from stress. His team of cops and psychiatric professionals solve crimes where mental illness is involved. It’s a real gray area. They have a lot of tough decisions to make and there are a lot of divided opinions within the group. Poppy is a young, ambitious detective from a long line of cops. She doesn’t see the mental illness gray area the psychiatric professionals see. She is constantly questioning their methods, if only to herself.

Felix: What interests you in the roles you choose and why? What was your most challenging role?

Luisa: One of the things that fascinates me about a character is how independent or reliant on others they are. It dictates every relationship they have. I’m really drawn to characters on extreme sides of the spectrum. My most challenging role so far was actually Poppy. She has this engaged but detached quality about her. Socially she’s very comfortable, but you never really know how much of Poppy you actually know. Creating that delicate balance was a challenge.

Felix: What do you like to do on your time away from set? Hobbies? Do you have any guilty pleasures?

Luisa: When I’m off work I like to do all the regular things I can’t do when I’m on set long hours! Cook, visit friends, eat at restaurants, grocery shop. A lot of my life revolves around food, can you tell? I like video games too. My guilty pleasure is definitely reading. It’s easy to argue that it’s not a guilty pleasure, but when you’re reading a Jane Austen novel or Harry Potter for the tenth time I think all arguments go out the window.

Luisa: I would love to work with Darren Aronofsky. His films and tortured characters terrify me. Sign me up!

Felix: If you had a superpower, what would it be and why?

Luisa: I would speak every language in the world. You could connect with anyone! It would be amazing!

Felix: You’re e a very attractive women. What would it take for a guy to meet your “dating “criteria? What kind of things do you look for in a guy?

Luisa: Hahaha, well thanks. Judging from the great guy I’ve been with for over half a decade, I like a guy who is self-possessed and confident, and definitely funny and creative, and caring. I also like a guy who’s hungry to do more and see more in the world. 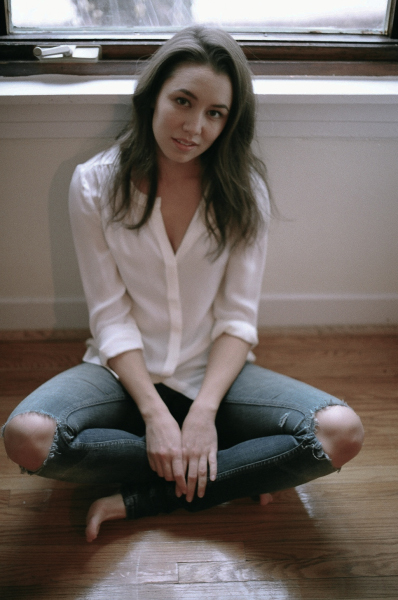 Felix: Recently you worked in a new movie titled “Red Machine” tell us more about the film and the role you played. What was it like working with Billy Bob Thornton and James Marsden? Any other projects you’re currently working on, or on the horizon?

Luisa: Red Machine is about two estranged brothers who are reunited in their Alaskan hometown and forced to work together to survive as a grizzly begins stalking them. I play an almost academy-fresh young deputy in the town who’s trying to stop the terrible situation that evolves with the grizzly. Working with that cast was wonderful. It wasn’t just Billy Bob Thorton and James Marsden. Scott Glenn and Thomas Jane rounded out the group. They are masters of their work. When you’re acting, you can feel when a scene becomes electric, becomes more than the sum of the collaborative actors work. That happened a lot on that shoot. There was an amazing energy in the emotionally charged scenes. As for now, I’m taking a long needed break from last year’s shooting schedule. Between the projects and all the work travel I did, it’s nice to be settled. But just for a bit 🙂

Luisa: Dog. They’re the best! I like cats too, don’t get me wrong. But dog all the way.

Felix: If acting wasn’t an option for you, what kind of job do you think you would be doing right now?

Luisa: One of so many things! I love science. A job finding the affects of food and drugs on the body would be fascinating. I also love order, so maybe a personal organizer. Or a writer. Among many things, my dad is a very creative writer and he passed a love of writing to me.

Felix: Last but not least. How has acting changed your life? Do you like it when fans come up to you asking for autographs and stopping you on the street?

Luisa: Acting gives me a joy and a connection with myself that I haven’t found anywhere else. It forces such intense self-awareness and it’s challenged me immensely, and I love it for that. I’ll let you know how I feel when fans start stopping me on the street for autographs, so far I couldn’t tell you 😉

By Felix Kay,
Hang with Felix on Twitter @TheFelixKay