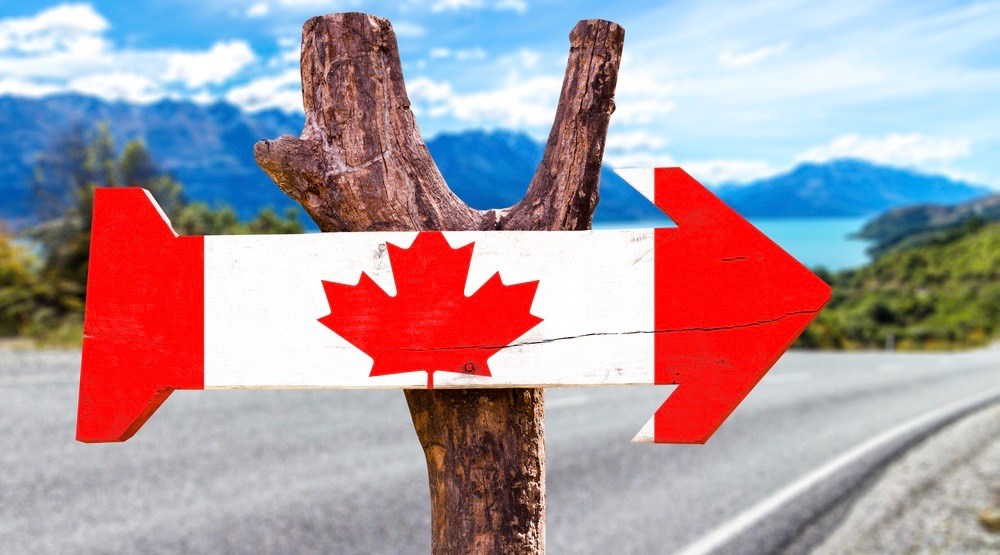 Two years after Donald Trump was elected president, many US citizens still want to move out of the country.

And they especially want to move to Canada.

According to Gallup World Poll, since Trump took office, record numbers of Americans have wanted to get out.

While there were many Americans who also said they wanted to leave during the George W. Bush administration (11%) and Barack Obama’s administration (10%), since Trump’s been in Washington, 16% of US citizens have said said they’d like to move to another country, a 60% increase from the Obama era.

As for their destination, more than a quarter of those wanting out are looking to the true north strong and free for escape.

“Before and after Trump’s election, many Americans — particularly Democrats — threatened to move to Canada,” states Gallup. “Canada always has been one of the top desired destinations for Americans, but that desire has only increased since Trump’s election.”

“It’s important to note that people’s desire to migrate is typically much higher than their intention to do so — as such, it is unlikely that Americans will be flocking to the Canadian border,” Gallup says. “In fact, since Trump’s election, Canadian statistics show only a modest uptick in the number of Americans who have moved to Canada.”

(Just ask Stephen Colbert how are it is to get into Canada.)

And if they are, they’re probably moving to work in Canada’s booming tech industry.

Research showed that when US job seekers search in a foreign market, abt 12% of their clicks are to Canadian jobs.

While Gallup states that it doesn’t ask people about their political leanings, it says that most of the recent surge of Americans wanting to migrate comes from “groups that typically lean Democratic and that have disapproved of Trump’s job performance so far in his presidency: women, young Americans and people in lower-income groups.”

During the first two years of the Trump administration, there’s been a record-high one in five American women (20%) said they would like to move to another country permanently if they could. This, Gallup says, is twice the average for women during the Obama (10%) or Bush years (11%) and almost twice the level among men (13%) under Trump.

Also, 30% of Americans younger than 30 said they would like to move, representing a new high.

Gallup says that more than anything else, “Trump himself may be the primary motivator. Regression analysis shows that regardless of differences by gender, age or income — if Americans disapprove of the job Trump is doing as president, they are more likely to want to leave the US.”