Do you remember a place growing up where you felt completely at home, surrounded by a tribe much like yourself, where challenges and opportunity collided, where the real world wasn’t allowed in and time was impossible to track?

For Eric Savics, that place was the skatepark. The only problem is that these days, it might as well be a ghost town and not the concrete paradise with the cool vibe.

“Even on a sunny Saturday in August, it no longer serves its intended purpose,” he said. “It’s time to pump some vitality back into the park, and re-create it, as to facilitate a space that is a physical and creative outlet for kids.”

Savics wants to re-build West Vancouver’s Ambleside skatepark to give the next generation of youth the same positive experiences that he received. 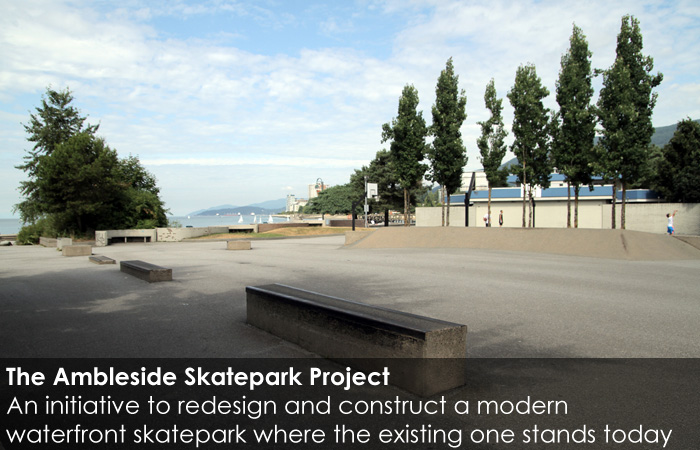 “I grew up on the North Shore, and had pretty normal suburban upbringing, the white picket fence with a dog kind of upbringing,” he said. “Although my relentless and unquestionable dedication to skating definitely fell outside the stereotypical framework of what a youngster growing up in suburbia should be spending his time on, skating had not yet been assimilated into our pool of societal norms, it was outside the box, and that’s why I liked it.”

NewLine Skateparks has been hired to draft a conceptual design and recently gave a cost estimate for the project: $340,000 (without a contingency). They still need to raise at least $150,000 to make this project a reality, and they have less than a year to do it.

“We have about $200,000 at the moment, so we’re short, but our crew as well as the city wants to get this project completed by the end of 2015, so we have to get creative with the fundraising,” Savics said, who has set up a website for support. “I had no prior experience in civil projects or skateboard design and construction, I just had the intention to build a new park and the numbers are unfolding as we move forward with what the community wishes to see there.” 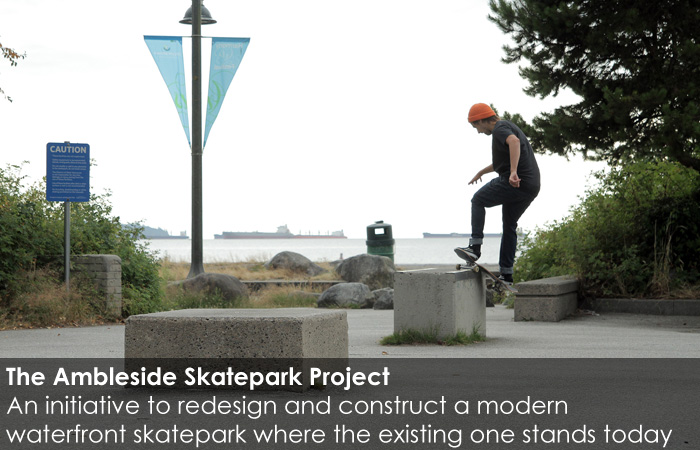 But this goes well beyond monetary value, as Savics says that skateboarding has a very small economic barrier to entry, making it accessible to anyone in any situation or background. It’s the sense of inclusivity, the thrill, the outdoors and the imagination, that he wants to provoke in today’s youth.

“The individual progression of skill builds self-confidence, and we need that kind of thing as much as possible these days,” he said. “Our kids are exposed to way too much materialistic and meaningless crap that constantly reminds them that they’re not good enough, and here we have an opportunity to create a space that inherently removes the screens and the monitors, and gets them outside! We have an opportunity here to create a safe space for kids to come and be physical, creative, and social. We HAVE to care about creating and maintaining public spaces like this, it’s a no-brainer.”

Watch for details on another open house the first or second week of February to discuss the next steps of the project.

If you want to help, you can donate through their website, www.amblesideskatepark.com – the park’s design details are also on the site. 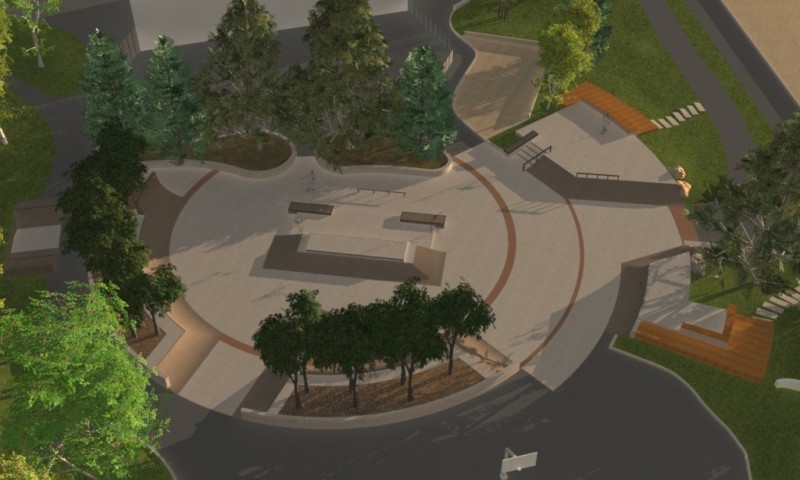