Earlier this year, it was reported that Amazon will be opening a Vancouver office. However, instead of following the suburban office park model, it has taken the same route many other companies have increasingly taken by choosing downtown Vancouver – an highly urbanized location – as their new home.

According to Techvibes, Amazon plans to open a 91,000 square foot (possibly up to 156,000 square feet) office at the new TELUS Garden development. It will take up approximately 20 per cent of the space at the new 22-storey office building at the intersection of Richards and West Georgia Streets.

The building is currently under construction with completion expected in 2015. Close to 1,000 people could be employed at Amazon’s new Vancouver office.

The new office tower is built jointly by TELUS and local developer Westbank. It will serve as the new TELUS headquarters with the relocation of its thousands of employees from “the boot” office tower at Kingsway and Boundary Roads in Burnaby.

Bull Houser will also join TELUS and Amazon as one of the office tower’s major tenants. The 140-year old law firm has spent 40 years at Royal Centre and its move will bring 250 employees to 67,000 square feet of office space over three floors at TELUS Garden.

The office building is also part of a wider $750-million TELUS development project that will include a 44-storey residential tower with 420 units at the intersection of Robson and Richards on the other end of the city block. Each of the two buildings consists of approximately 500,000 square feet of space and will include public plazas, restaurants, retail spaces and pedestrianized laneways – a first for Vancouver.

The office tower component is targeted to be Canada’s first Leadership in Energy and Environmental Design (LEED) Platinum certified building based on the new 2009 LEED standards.

TELUS Garden is one of the largest and most significant projects in Vancouver’s recent office tower building boom, which includes MNP Tower, the large floor plate office space above Nordstrom, The Exchange Tower, 745 Thurlow Street, 601 West Hastings and the office building at Marine Gateway in South Vancouver.

Amazon’s new Canadian office in Vancouver will bring this arm of the global giant conveniently close to the company’s headquarters in Seattle. The revelation of the new Vancouver office comes after the May 2013 announcement of Amazon’s new headquarters office development in downtown Seattle.

The company was founded at Seattle in 1994 and has 15,000 employees in the city and nearly 90,000 globally. Its new multi-tower office project in Seattle’s city centre holds a capacity for 12,000 employees. 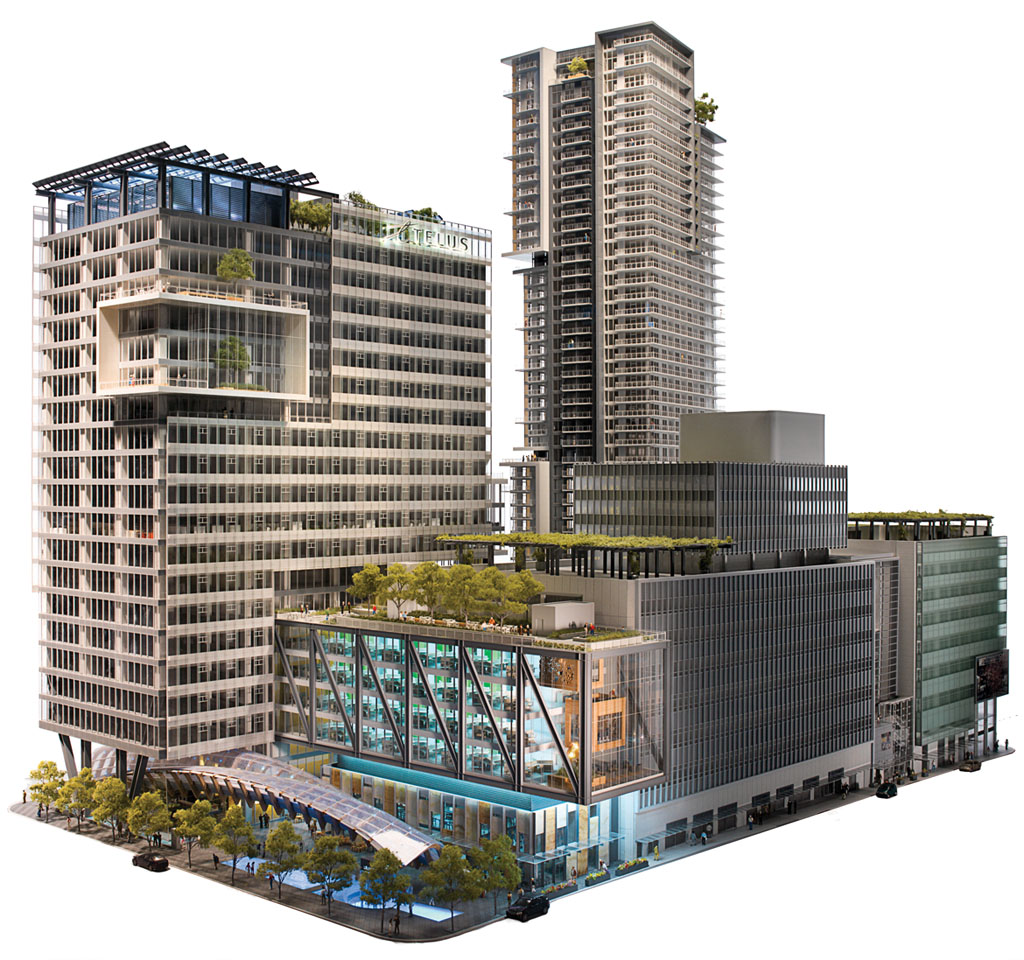 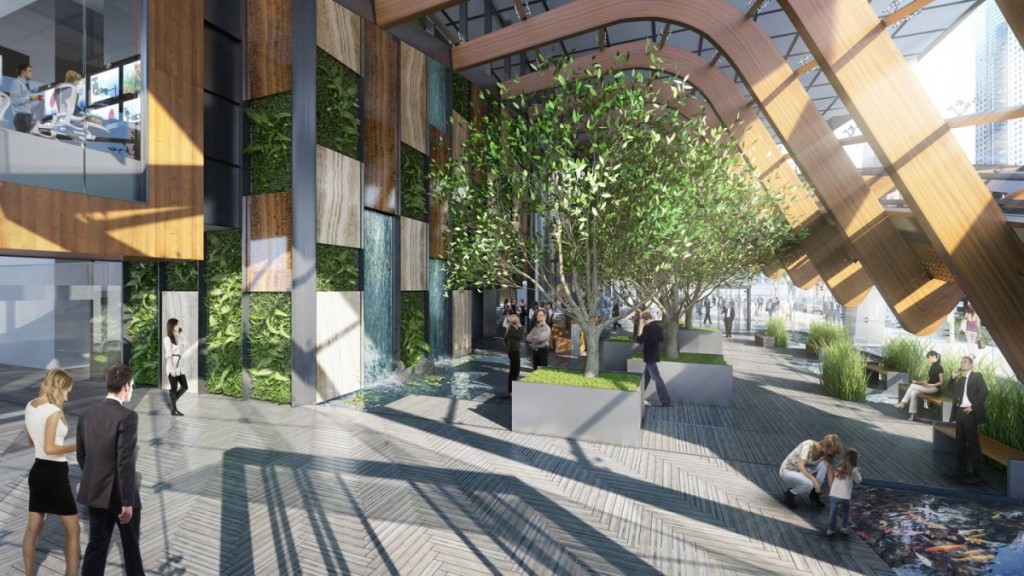 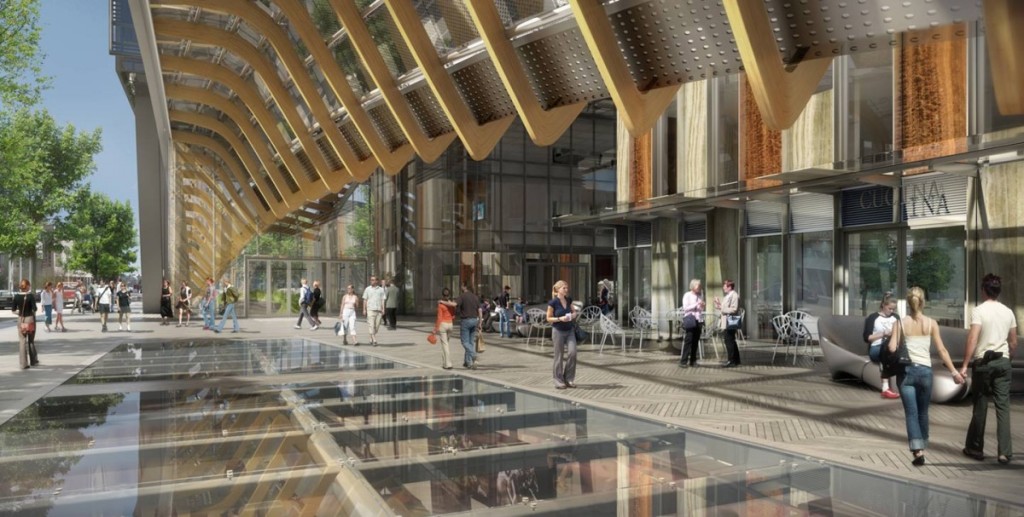