Amazon is testing its new drone delivery service at a secret site in British Columbia due to relaxed rules from the Canadian government.

The internet retail giant has moved its testing site into B.C., reportedly 2,000 feet from the U.S. border, in order to build a drone delivery system that will inhabit a slice of unused airspace. According to The Guardian, Amazon drones will fly above 200 ft where most buildings end and below 500 ft where aviation begins. They will carry up to 5 lbs of product at 55 miles per hour, providing packages to doorsteps within 30 minutes of ordering.

Transport Canada gave Amazon’s project the green light, allowing them to test the devices in Canadian airspace while the U.S. Federal Aviation Administration stymied plans to allow for the use of unmanned aerial vehicles at home.

Amazon spokesperson Kristen Kish told The Vancouver Sun that Canada is among other international locations where the drones are being tested.

“We are rapidly experimenting and iterating on Amazon Prime Air, working to make it a reality. This includes controlled flight testing in multiple international locations, including outdoors at a rural test site in Canada. We’re excited about this technology and one day using it to deliver packages to customers in 30 minutes or less.” 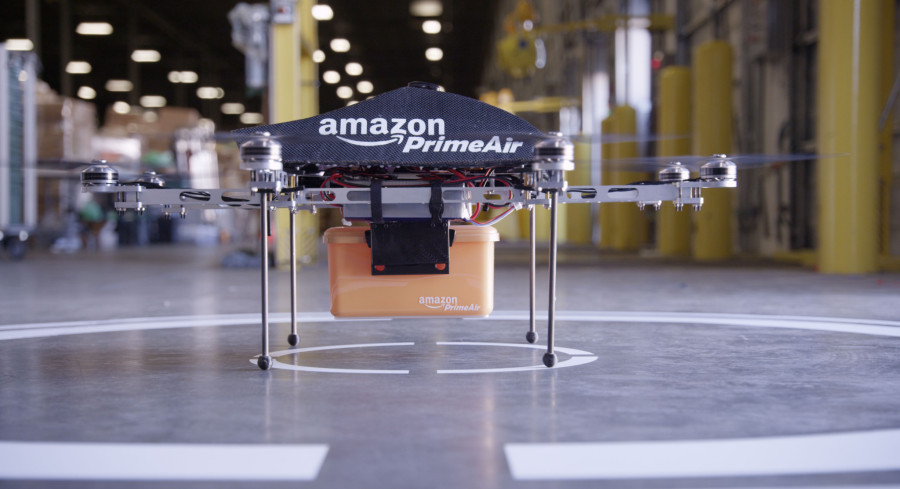