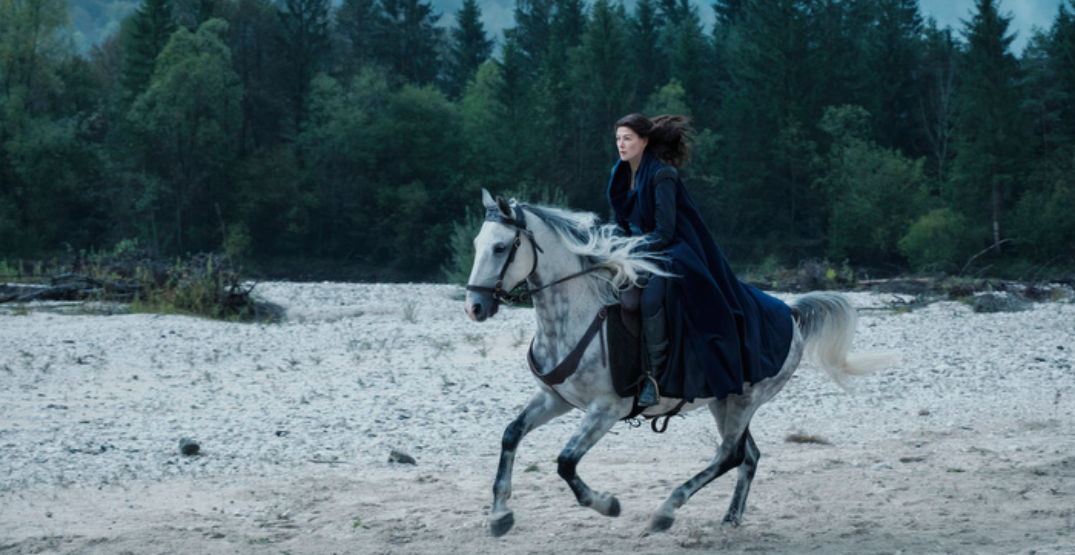 As we inch more towards the official start of winter in Canada, Amazon Prime Video is releasing an impressive slate of titles to keep you cozied up indoors.

The streaming service is releasing a wide variety of titles to keep you bundled in front of the screen all November, including the anticipated The Wheel of Time series, the new season of Yellowstone, some great movies, and intriguing documentaries.

Here are all the Amazon Originals and Exclusive Content coming to the streaming service in November across Canada:

Marc-André Leclerc climbs alone, far from the limelight. The free-spirited 23-year-old makes some of the boldest solo ascents in history. With no cameras and no margin for error, Leclerc’s approach is the essence of a solo adventure. In this intimate documentary of a visionary climber watch as he follows the path of his own passion, despite the heaviest of possible consequences.

The extraordinary true story of eccentric British artist Louis Wain (Benedict Cumberbatch), whose playful, sometimes even psychedelic pictures helped to transform the public’s perception of cats forever. Moving from the late 1800s through to the 1930s, we follow the incredible adventures of this inspiring, unsung hero, as he seeks to unlock the “electrical” mysteries of the world and, in so doing, to better understand his own life and the profound love he shared with his wife Emily Richardson (Claire Foy).

In 2009, Scott Mescudi aka Kid Cudi released his debut LP, Man on the Moon: The End of Day. A genre-bending album that broke barriers by featuring songs dealing with depression, anxiety, and loneliness, it resonated deeply with young listeners and launched Cudi as a musical star and cultural hero. Director Robert Alexander’s A Man Named Scott explores Cudi’s journey over a decade of creative choices, struggles and breakthroughs, making music that continues to move and empower his millions of fans around the world.

Along with his pals – Calli Cat, Grumpy Toad, Sally Squirrel, Emma the Quebecoise Pug, Gustavo the Platypus and Pete brings you along on their adventures. Whether learning to conquer his fears of the waves, meeting the new platypus on the block, starting a band with his friends or chasing a trick-or-treating ghost, Pete and his pals always try to keep cool, keep kind and keep rocking.

Meet the Tampa Baes: The young lesbian “it-crowd” navigating and celebrating life in Tampa Bay – Florida’s LGBTQ+ hub and the place to see and be seen. Always ready for an adventure or a good party, this group of loyal friends – and sometimes more than friends – is ambitious and unapologetic while constantly battling stereotypes and labels. With all eyes on these fun-loving women at this pivotal moment in their personal and professional lives, there’s not a challenge or hot-button issue they won’t tackle, even if it means getting real with each other.

A documentary profiling Martin Shkreli, the financial entrepreneur and pharmaceutical tycoon from Brooklyn, New York, known for raising the price of an AIDS drug 5500% overnight and buying the sole copy of a Wu-Tang Clan album for $2 million dollars and being convicted of securities fraud. The most hated man in America, Martin Shkreli is Pharma Bro.

Mayor Pete brings viewers inside Pete Buttigieg’s campaign to be the youngest US President, providing an unprecedented intimacy with the candidate, his husband Chasten, and their ambitious team. From the earliest days of the campaign to his unlikely, triumphant victory in Iowa and beyond. This film reveals what really goes on inside a campaign for the highest office in the land – and the myriad ways it changes the lives of those at its center. Recently appointed to U.S. Secretary of Transportation, Buttigieg serves as the first openly LGBTQ Cabinet member in U.S. history.

The hardest thing about dedicating yourself to the sport you love is saying goodbye to it. Watch behind-the-scenes as one of the best Spanish athletes of all time, NBA player Pau Gasol ends his legendary career. Gasol also takes us along as he embarks on his future and the new challenges faced once he hangs up his shoes.12…

The upcoming four-part coming-of-age docuseries Always Jane, reveals an intimate and unguarded look at transgender teenager Jane Noury and her family as she prepares to leave home for college. Navigating deeply personal and challenging issues, the Noury family’s uplifting humour and kindness are always present, revealing the transformative power of acceptance, support and love. All four episodes premiere on Prime Video on Friday, November 12.

The Wheel Of Time (Amazon Original)

The Wheel of Time is one of the most popular and enduring fantasy series of all time, with more than 90 million books sold. Set in a sprawling, epic world where magic exists and only certain women are allowed to access it, the story follows Moiraine (Rosamund Pike), a member of the incredibly powerful all-female organization called the Aes Sedai, as she arrives in the small town of Two Rivers. There, she embarks on a dangerous, world-spanning journey with five young men and women, one of whom is prophesied to be the Dragon Reborn, who will either save or destroy humanity.

The hit Emmy-nominated series The Great returns for a second season, which now sees Catherine finally taking the Russian throne for her own – but she will quickly learn that dethroning her husband was just the beginning. Catherine must now face the realities of ‘liberating’ a country that doesn’t want to be free.

From the lens of Academy® and Emmy® Award-winning Australian filmmaker Eva Orner, Burning takes an unflinching look at the unprecedented and catastrophic Australian bushfires of 2019-2020, known as ‘Black Summer.’ Fueled by climate change, the nation’s hottest and driest summer ever recorded resulted in bushfires that burned over 59 million acres, killed an estimated three billion animals, and affected millions of Australians.

Ani Da Cane, or Dog Years, follows Stella, a clumsy, cynical, imaginative and tormented teenage girl. After a life-changing car accident involving a dog, she convinces herself she must count her age in dog years: one year of her life counts for seven, and now that she’s turning sixteen, she is a centennial.

It’s holiday time in Beebopsburgh! Do Re and Mi set out in their sled to find snow on Music Mountain to bring back to their friends. On their journey, they discover musical gifts and sounds along the way. Will they be able to save Nestivus with snow? Maybe the gift of music might be all they need in this heart-warming holiday tale.

Watch the unbelievably true story behind the rise and fall of the 2000s most iconic fashion trend. In this epic character-driven saga, Venice Beach surfers, gangsters, European garmentos and Hollywood movers and shakers all vie for control of the infamous brand – pushing it from obscurity to one of the most recognizable labels on Earth. After a decade of backstabbing, greed and bloodshed, their lives – and pop culture – will never be the same.

Mexican actor and director Diego Luna returns with Bread and Circus, the winner of Daytime Emmy® for Best Show in Spanish. In these specials, Luna sets the table for guests to discuss different points of view on subjects such as access to healthcare, the crisis of democracies, being an immigrant and protest as a way to transform.