Amazon has released a teaser video for the launch of a new product, likely to be the company’s long-rumoured smartphone, that will be officially revealed June 18.

The video features several people appearing both bewildered and confused as their heads bob and tilt to the side, making it even more likely that the mystery product will indeed be Amazon’s smartphone.

This is due to the leaked information reports that state the phone will feature five front-facing cameras that will “move” with you, tracking your movements via its sophisticated combination of cameras, sensors and software.

This trio of factors also enables the phone to have 3D-projection capabilities, allowing your perspective to be shifted as your head or the screen is tilted. This technology will be incorporated into the phone’s wallpapers, stock Amazon apps and third-party apps obtained from the Amazon Appstore.

The head-tilting technology will also be used to add to Amazon’s vision of touch-free gestures and controls. It will allow users to navigate apps in new ways; it displays additional information like name labels on apps, Yelp reviews on plotted restaurant maps, and provides the capability to read e-books while scrolling through pages. For Amazon, most importantly, its tilt-gestures allow easier shopping while scrolling on their online shopping pages.

The phone itself bears all the striking characteristic’s of today’s smartphone — taking design cues from Apple’s iPhone and the Galaxy S lineup from Samsung. 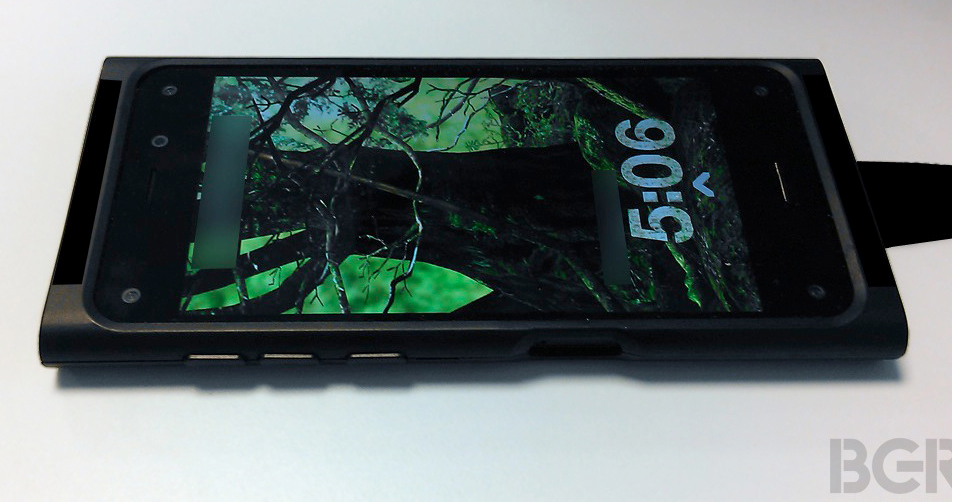 In other reports, it has been speculated that Amazon will offer its own data plan for the phone — largely in hopes of driving Amazon Prime subscriptions.

The plan is tentatively titled ‘Prime Data’ and is rumoured to be made available exclusively on the AT&T network for American users. If this is the case, then a Sponsored Data plan may be negotiated by Amazon with the company paying for data traffic used on its apps: any cellular data consumed on the company’s approved apps will not go towards a user’s overall monthly data cap.

What do you think of the smartphone tilt-technology plans? Innovative and cool or gimmicky and fussy? Let us know by commenting below.