Another season of cosplay in Vancouver is about to begin, and one Vancouverite is amped up to hit the streets and events with a very authentic-looking, homemade Spider-Man costume.

Todd Whalen’s homemade Spider-Man costume is infinitely better (which is still an gross understatement) than what you’d find at a costume shop or online. In fact, the costume closely resembles the elaborate quality and exact design found in the feature films starring Andrew Garfield.

We’re not kidding – see the photos and videos below. We also interviewed Todd on the whole process of self-fabricating the suit, which in summary was a labour of love. All photo shoot images were taken by Meg Super Photography.

1. Tell us a little about yourself. What do you do for work?

I am currently working as a runner for a Visual Effects Studio in Vancouver. I also do some freelance videography and film making on the side. 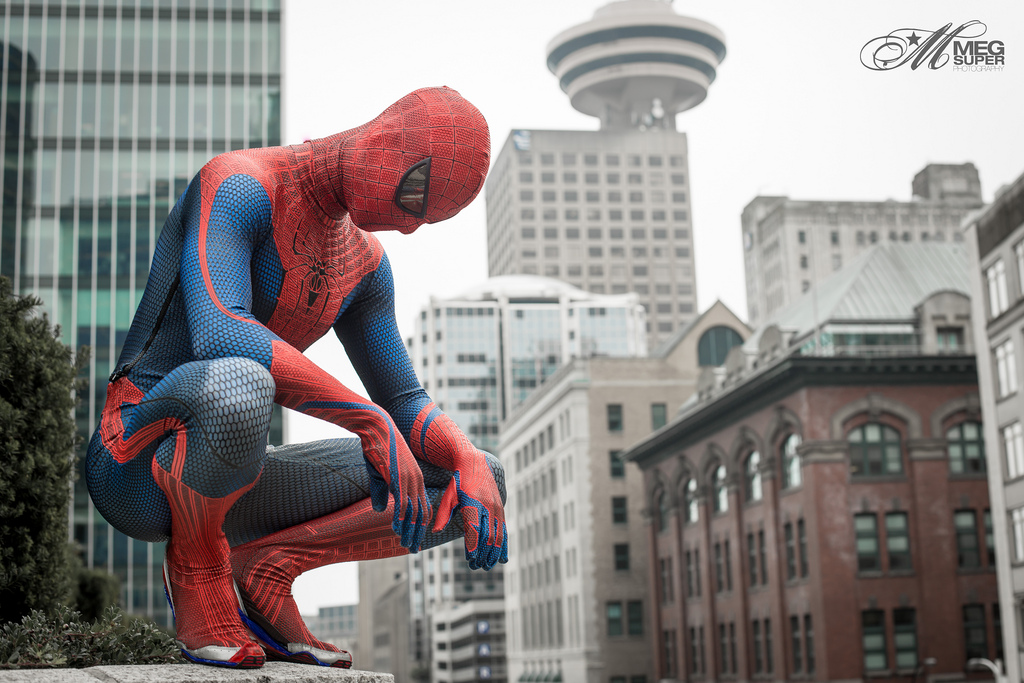 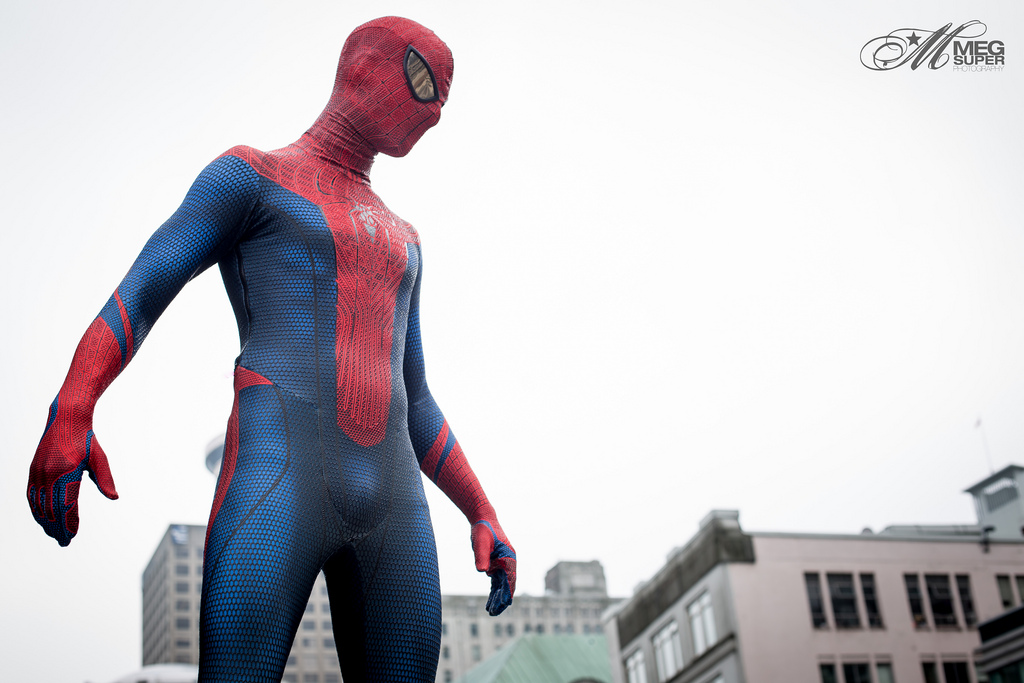 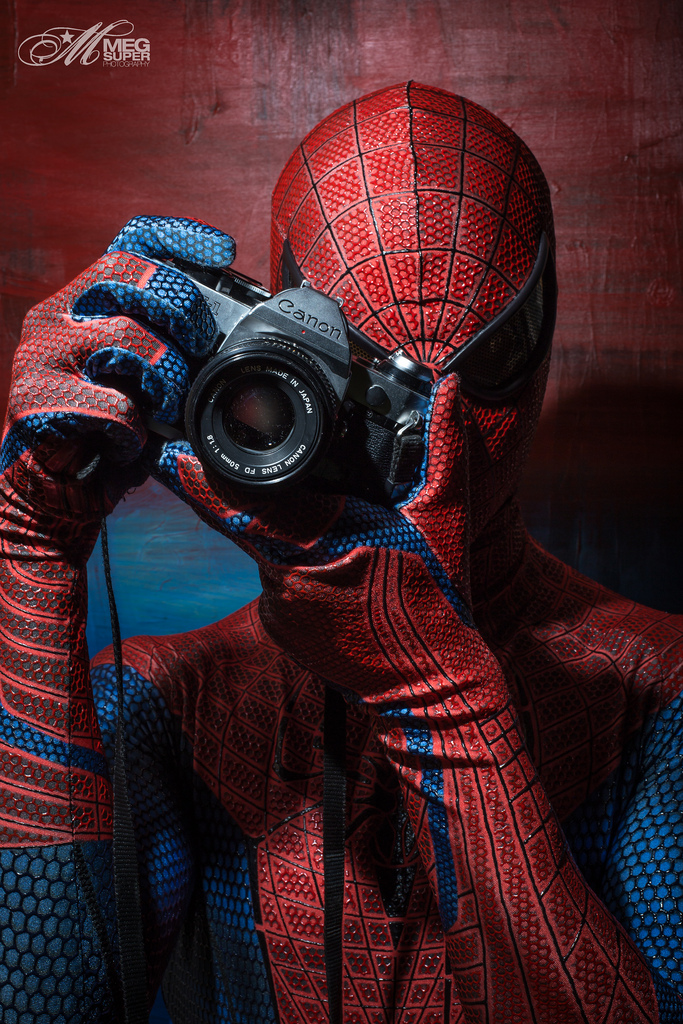 2. You’re also a cosplayer. What is it do you like about cosplay and what are some of your other costumes?

I was always into Halloween. Over the last few years I’ve become more and more aware of the amazing work people out there do in the cosplay world, replicating props and costumes.

I love that you can take your love for a character, costume, franchise, anything, and learn the skills that bring it to life. Not to mention the huge network of people out there that you can learn from and that can inspire you. Some of the other costumes I have are Ghostbusters, Blue Power Ranger, the Scarlet Spider, and Luigi. 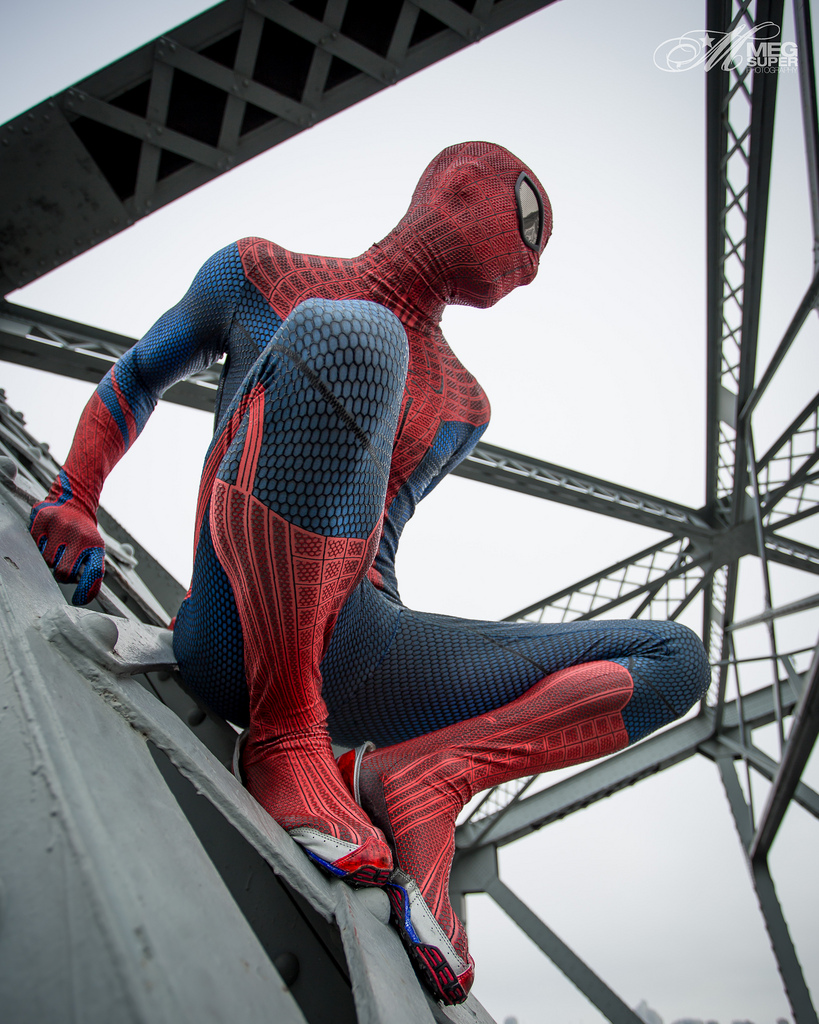 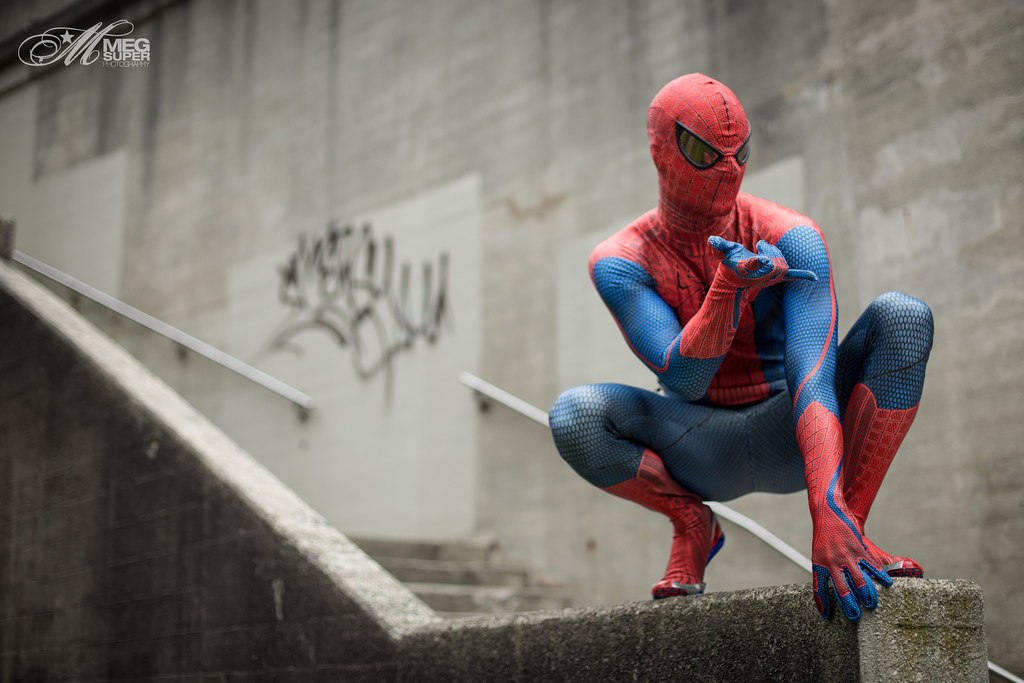 3. You’re probably a huge Spider-Man fan. Growing up, were you a fan of the comics and old animated television series?

Absolutely. I wasn’t the biggest comic collector, but I read plenty and I’ve actually started reading more comics nowadays as I’ve gotten more and more into costuming. As a kid I think my introduction to Spidey was the ’90’s cartoon series, and from there I got into the comics and later on the movies. 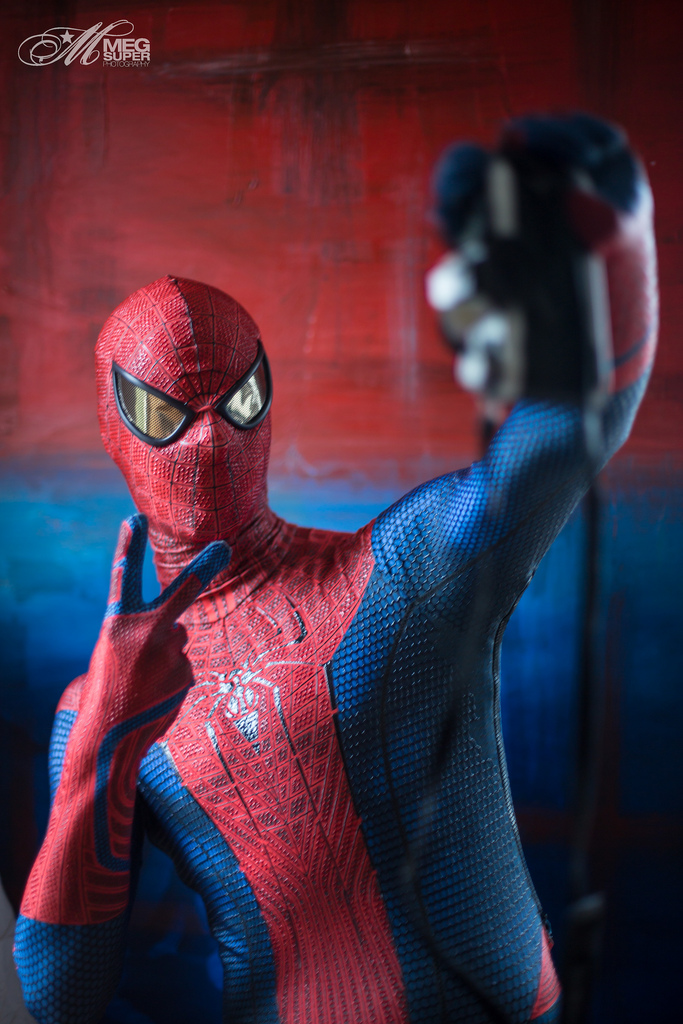 4. From what I understand, you handmade this suit entirely? It’s infinitely better than what you can find in retail and closely resembles the quality of the recent films.

The suit is handmade, although I had plenty of help along the way. 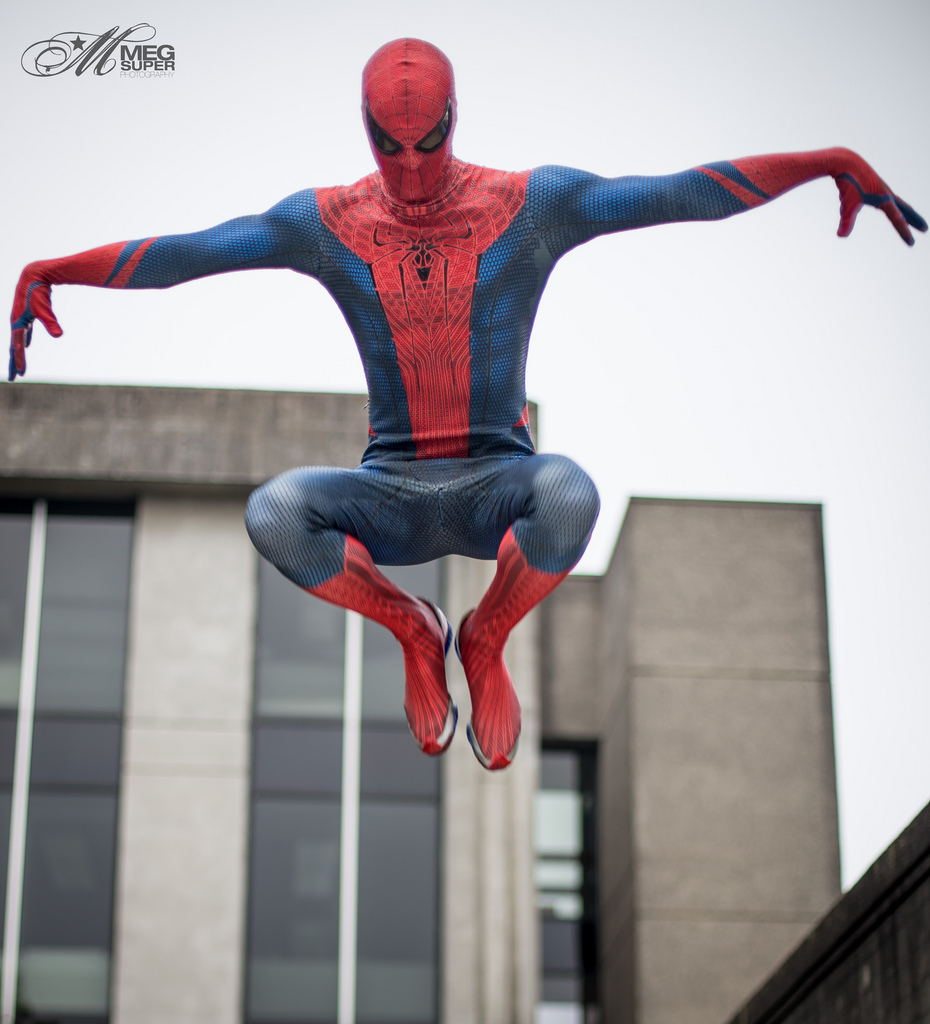 5. Is your suit based on the design created for the film series starring Tobey Maguire or the recent reboot starring Andrew Garfield?

My Spidey suit is based on “The Amazing Spider-Man” 2012 Andrew Garfield suit. 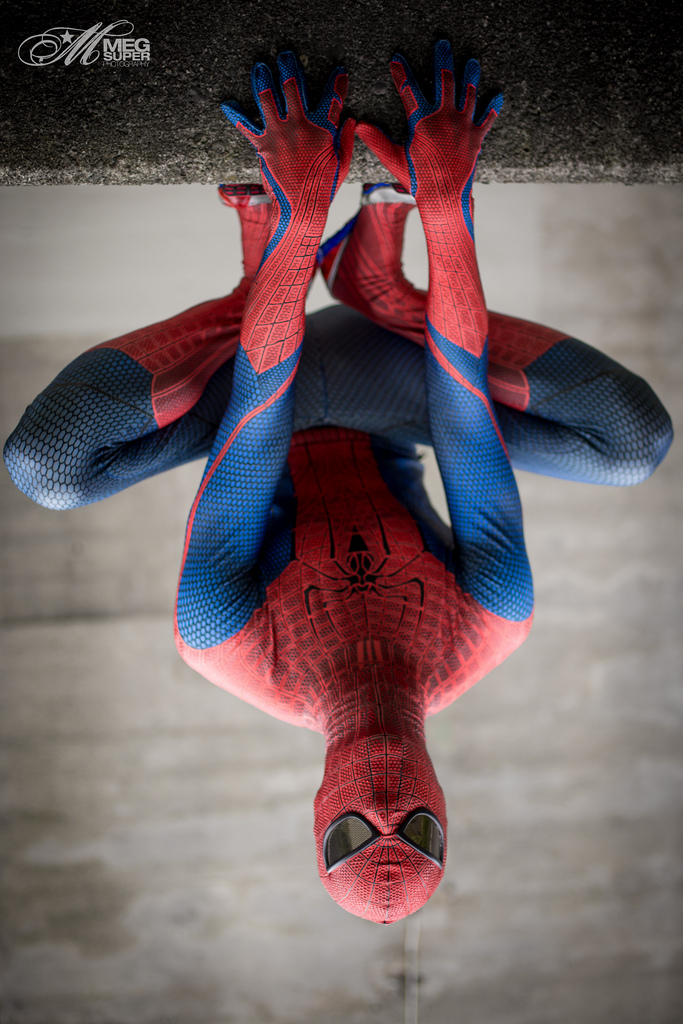 6. How did you make the suit? Guide us through the entire process and materials used.

First, I started with A LOT of research. I looked up what other costumers had created over at the Replica Prop Forum and started asking questions.

The pattern for the suit was created by McLean Krieger and is a dye-sublimated print. McLean was a great help too, not only having done incredible work on the print, but giving advice and instruction on constructing the suit.

From there I had to add the shiny and raised texture. I used Tulip slick puff paint and went over every web line, every hexagon, every bit of the spiders. This took a lot of time, and thankfully my wife helped out too!

For the soles of the suit, I used Asics Dirt Dog 3 shoes and had to cut them down, colour them, and glue them once the suit was sewn. I just used a few coats of Sharpie to add the colour and clear nail polish to seal it.

The eyes were a little tricky. They are plastic frames from RPF user TJack, and they arrive flat, so of course they have to be curved to fit my face. Many Spidey’s out there wear a face shell, a kind of under-mask, to give a smoother curve to the face and head.

I didn’t really want to do this as an aesthetic choice, so I had a friend help me make a plaster mold of my face so that I could use that as a guide and take a heat gun to the frames in order to get the curve of my face.

In true nostalgic fashion, my Mom sewed the suit together for me once all the bits were painted. She had also done my first Spider-Man costume when I was like 11. 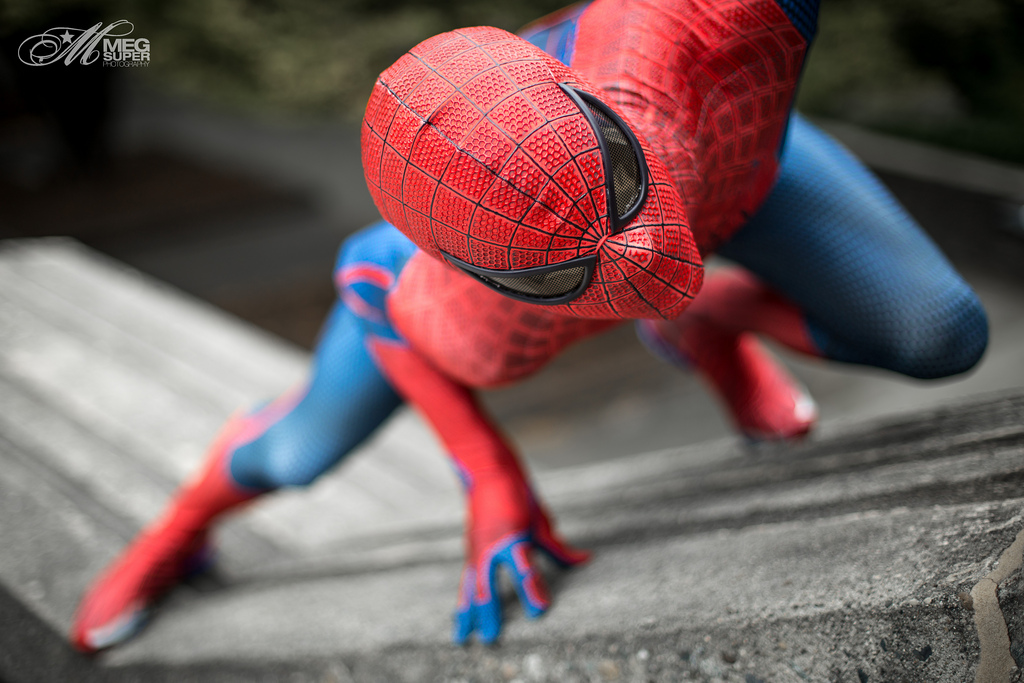 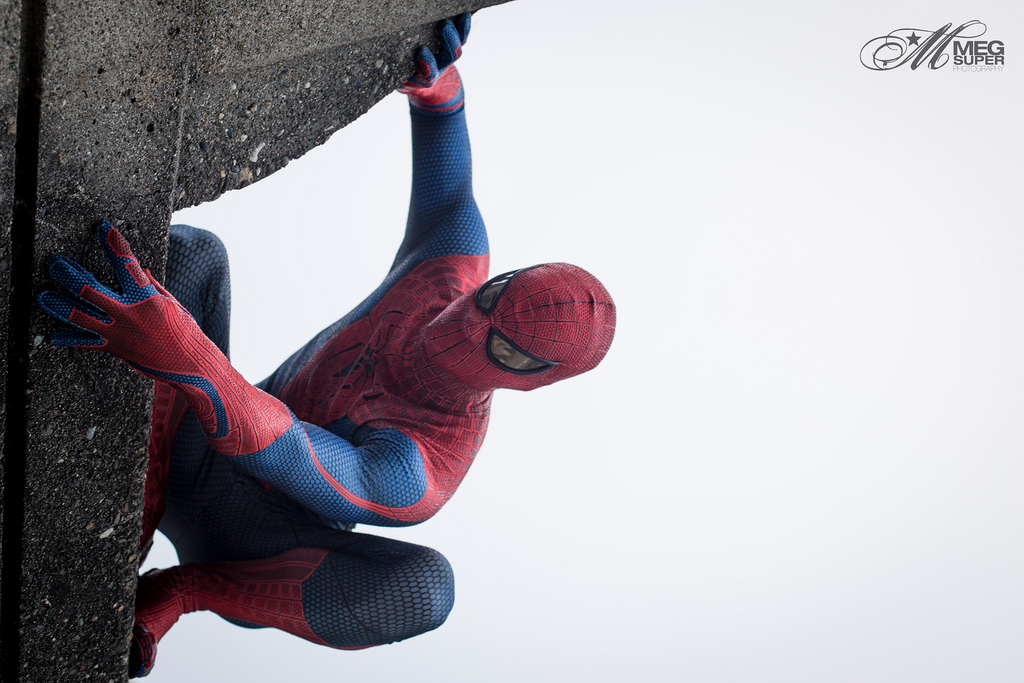 7. How long did it take you to make the suit?

I didn’t track my hours while making it because that’s not really part of the hobby that interests me.  I worked on it off and on in my spare time over a period of about 5 months before giving it to my Mom for sewing. 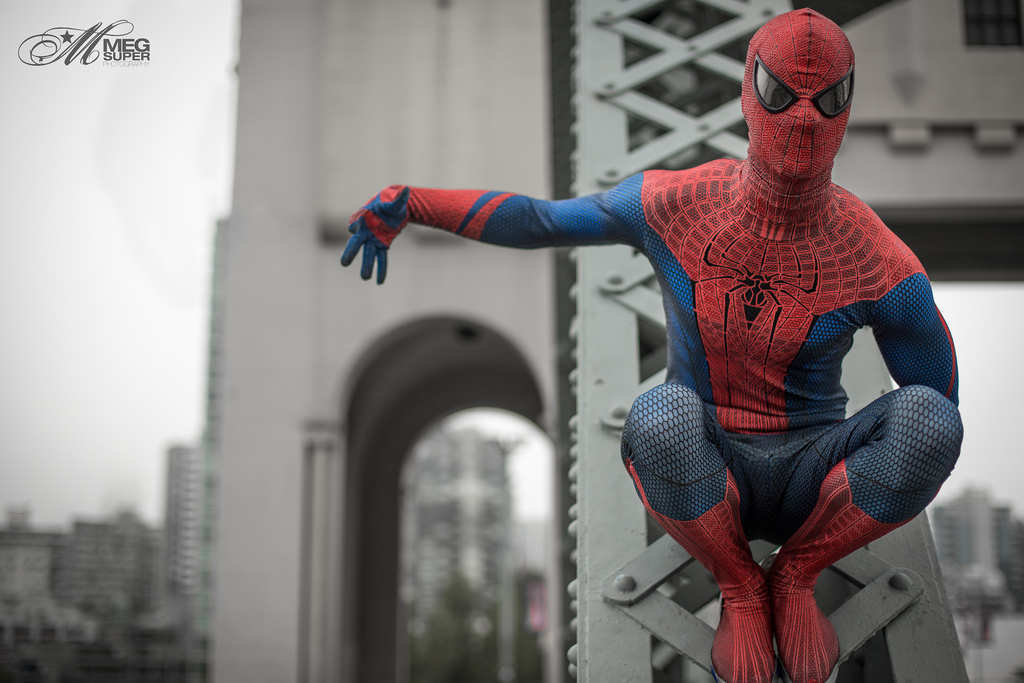 8. And judging from the photos and videos, you obviously also have the physique for Spider-Man – you look amazing in it! Not everyone can. But how long does it take to get into the suit?

Thank you! I like choosing characters that I suit physically. Getting into the suit takes help. Probably around 10 minutes having help and being careful.

Yes and No. It’s really weird actually. I always feel like myself, but I forget that unless people already know me, no one knows who I am. It kind of gives me a feeling of what the secret identity of Spider-Man must be like. When I look back at Meg Super’s photos, or the behind the scenes video we did, once I’ve got the mask on I forget that I’m in the suit.

10. Will this authentic-looking Spider-Man be making any appearances at this year’s Vancouver cosplay and comic conventions? I’m sure many will want to hail you down for a photo-op.

I haven’t completely nailed down all the events I’ll be attending this year just yet, but Fan Expo Vancouver and Cos and Effect are almost a sure thing.

I’m also looking into going to Emerald City Comic Con, and possibly Dragon Con, but that one is a big maybe. Keep watching my Facebook Page to find out what I’ll be attending. And I will be suiting up on Feb 22nd at Kokopelli Cafe where they will be silent auctioning off a 20×30 aluminium print of one of Meg Super’s Photos.

Proceeds from the silent auction will go towards the BC Children’s Hospital Foundation. 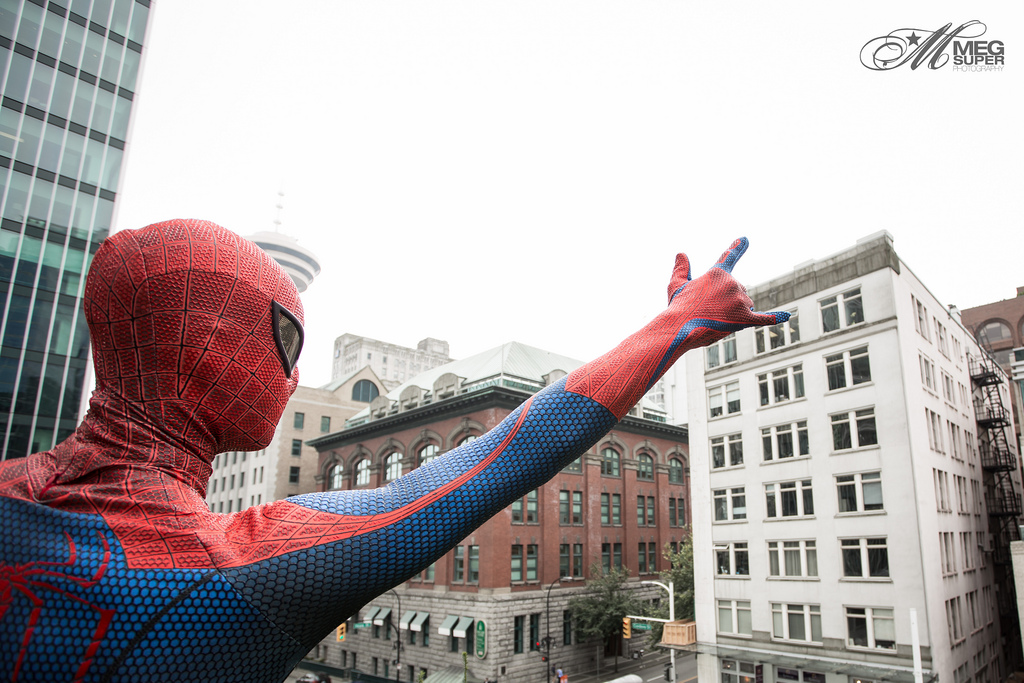 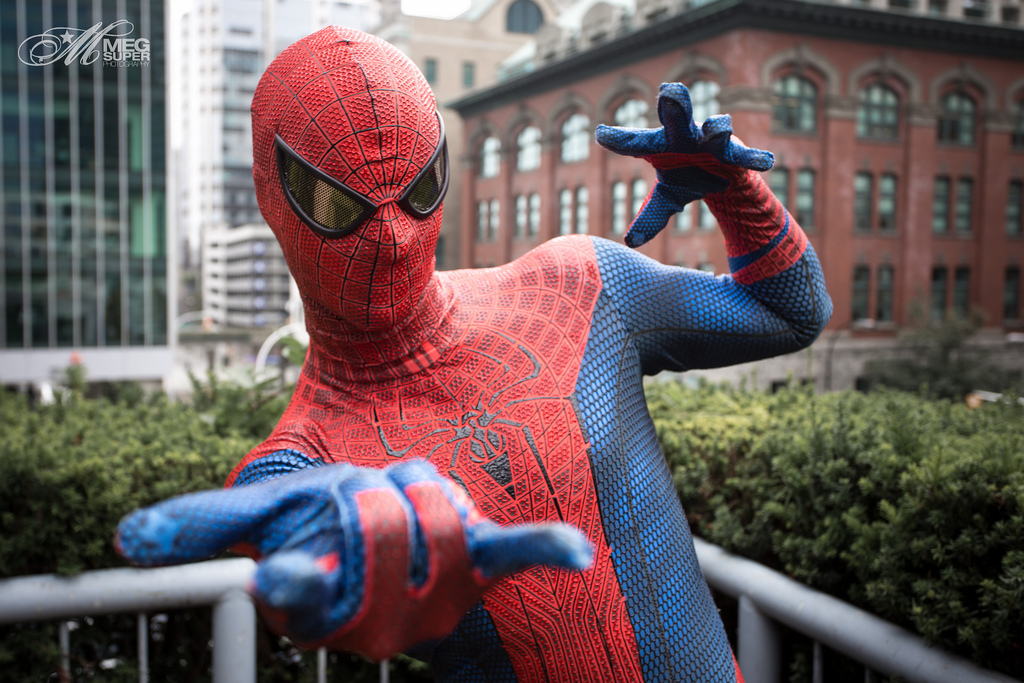 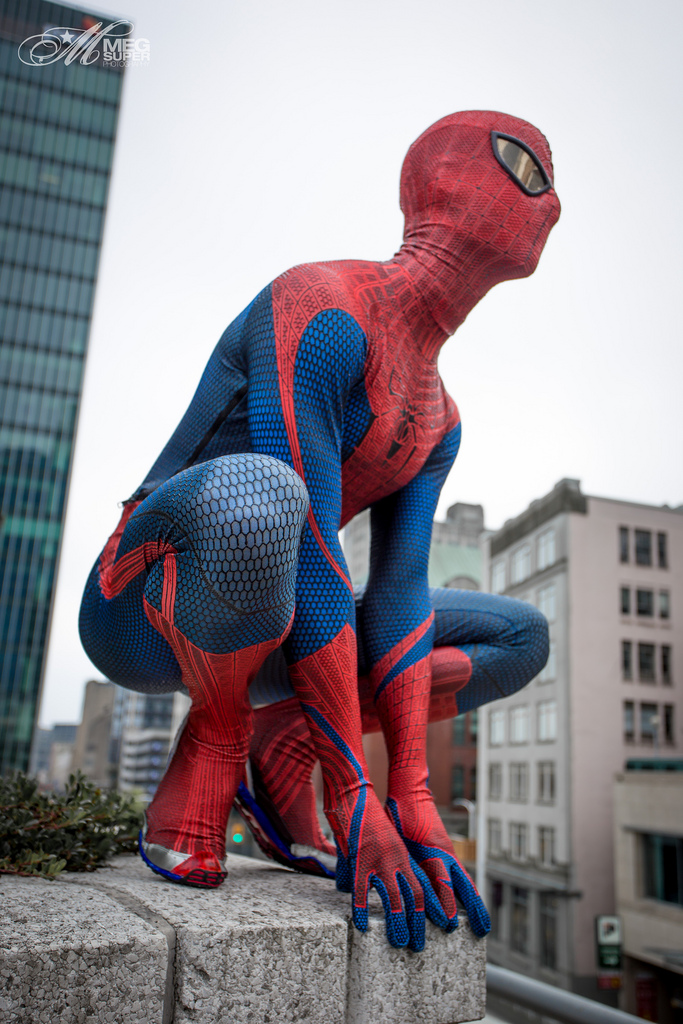 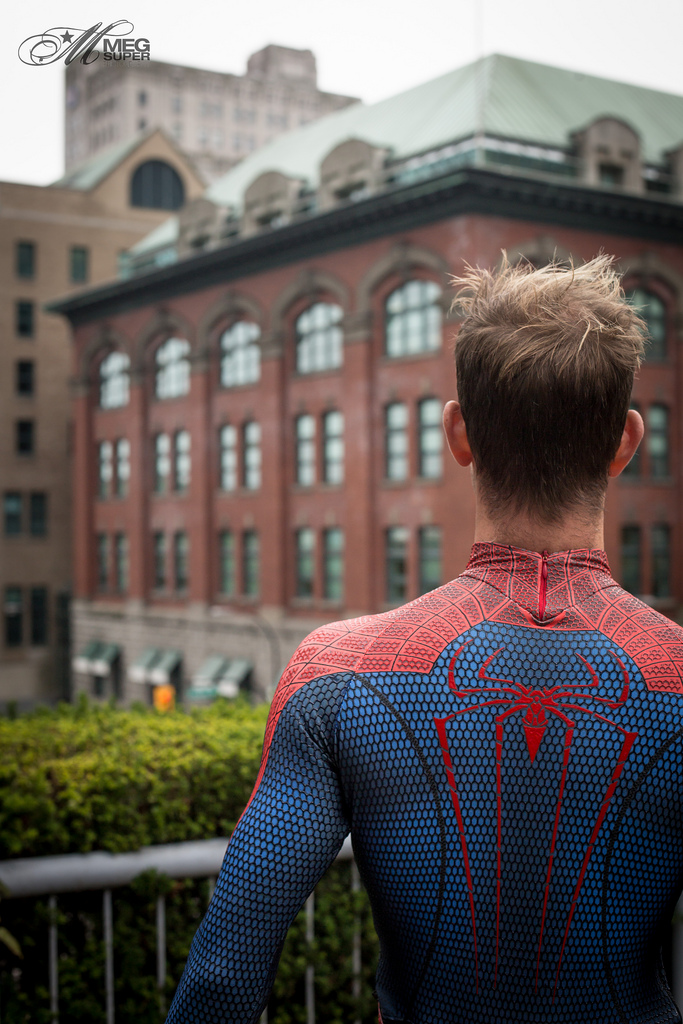 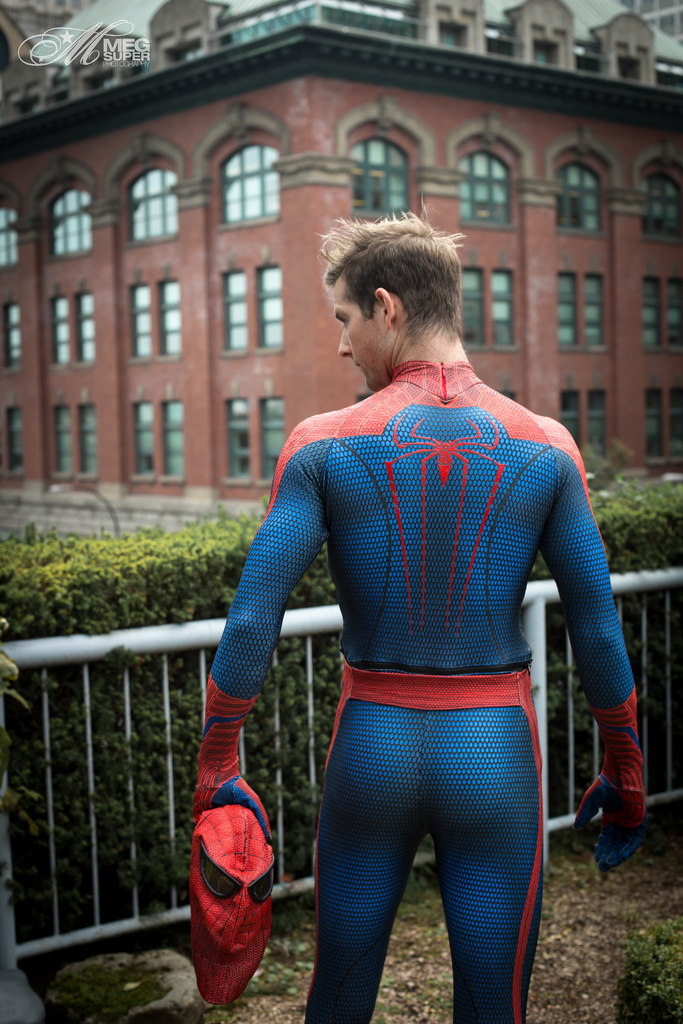 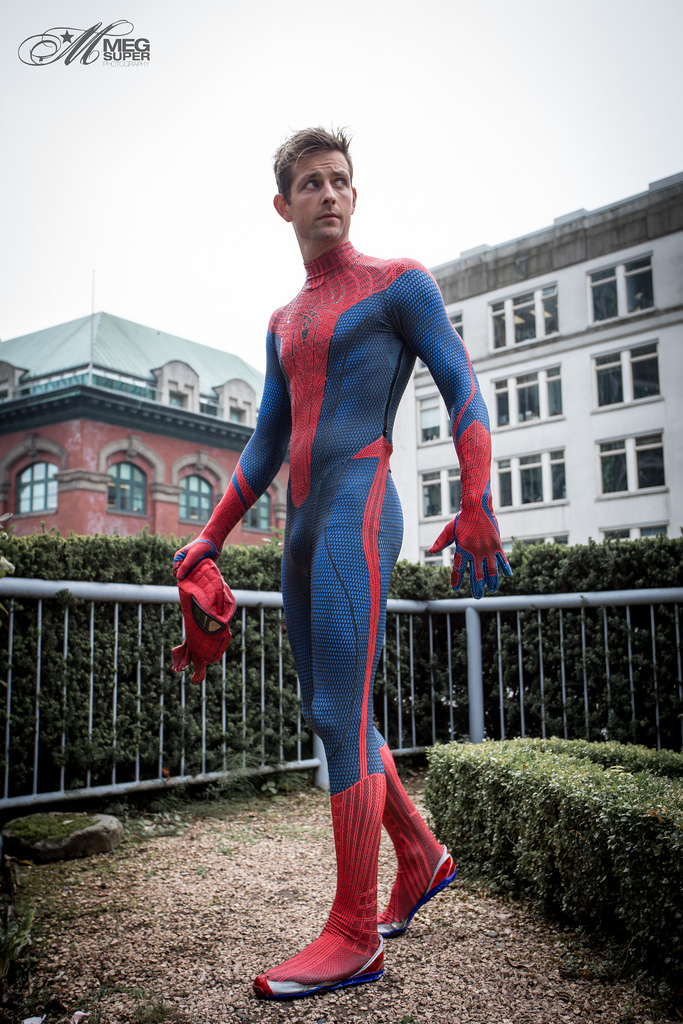 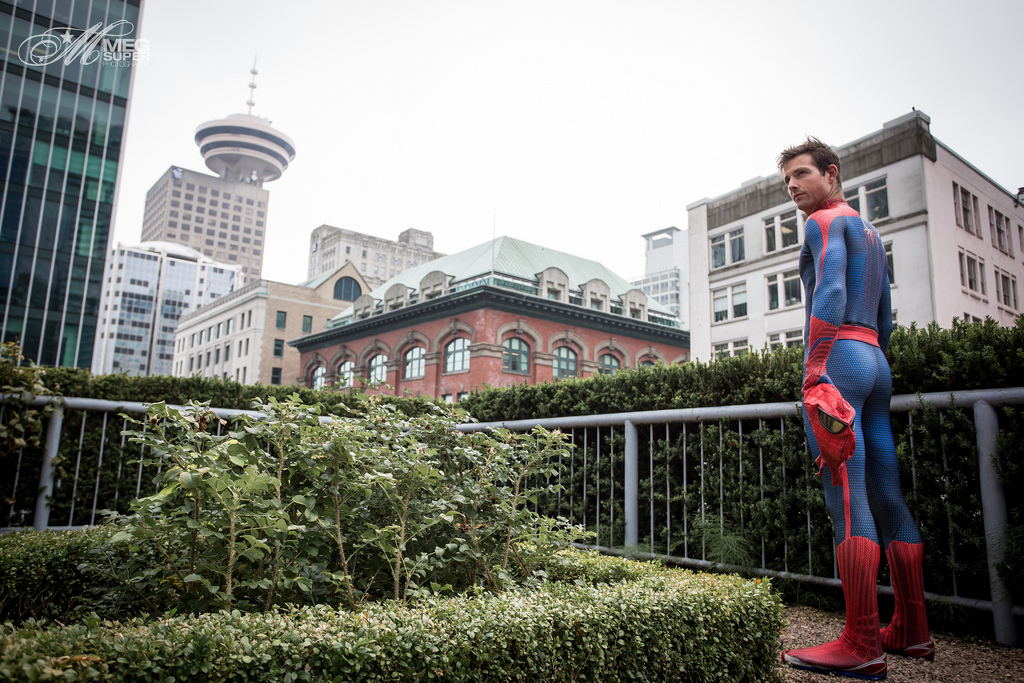 The Making of Vancouver’s Amazing Spider-Man 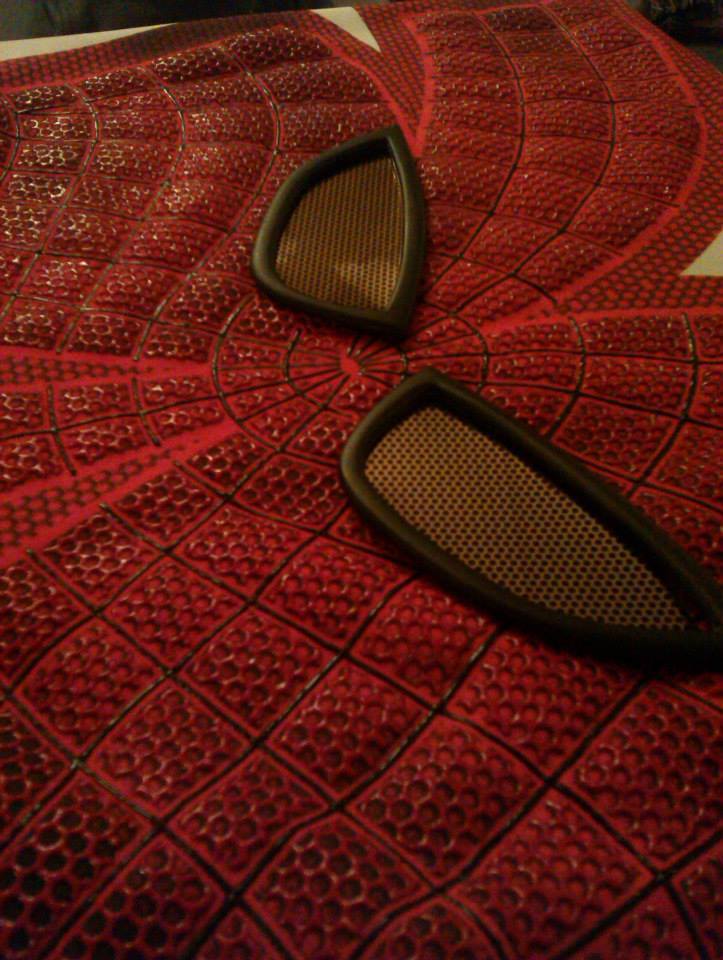 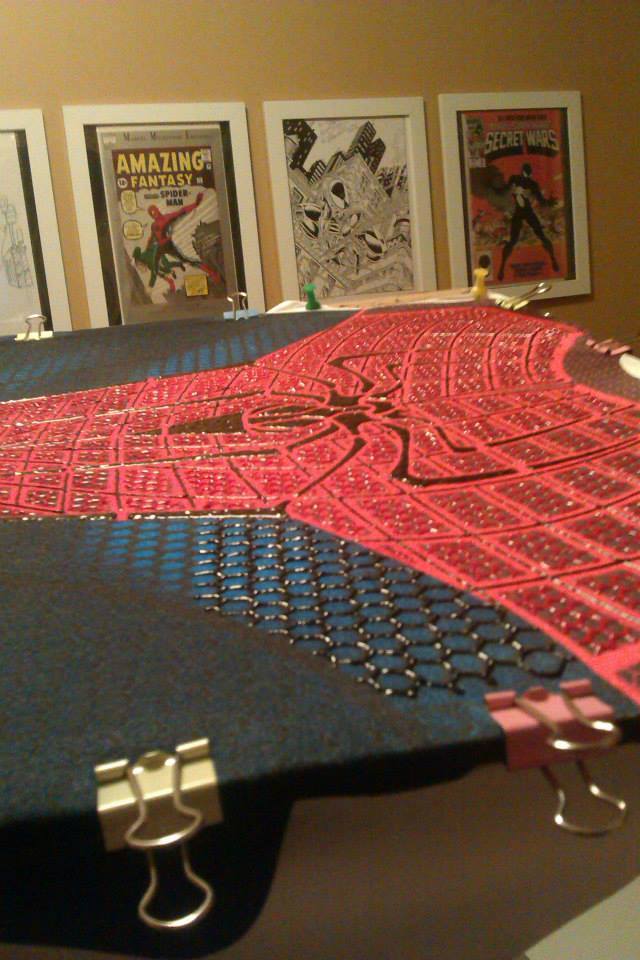 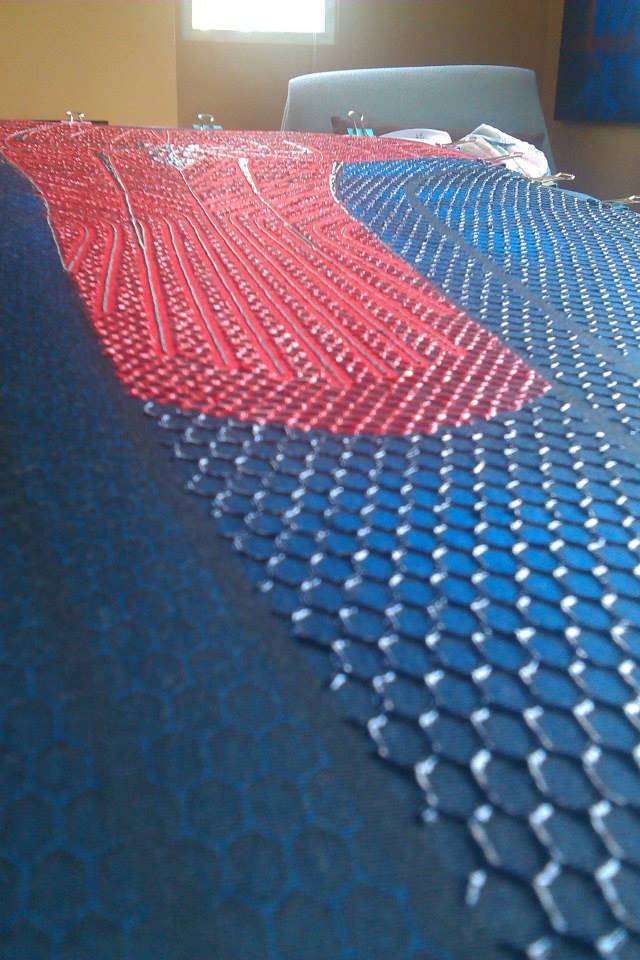 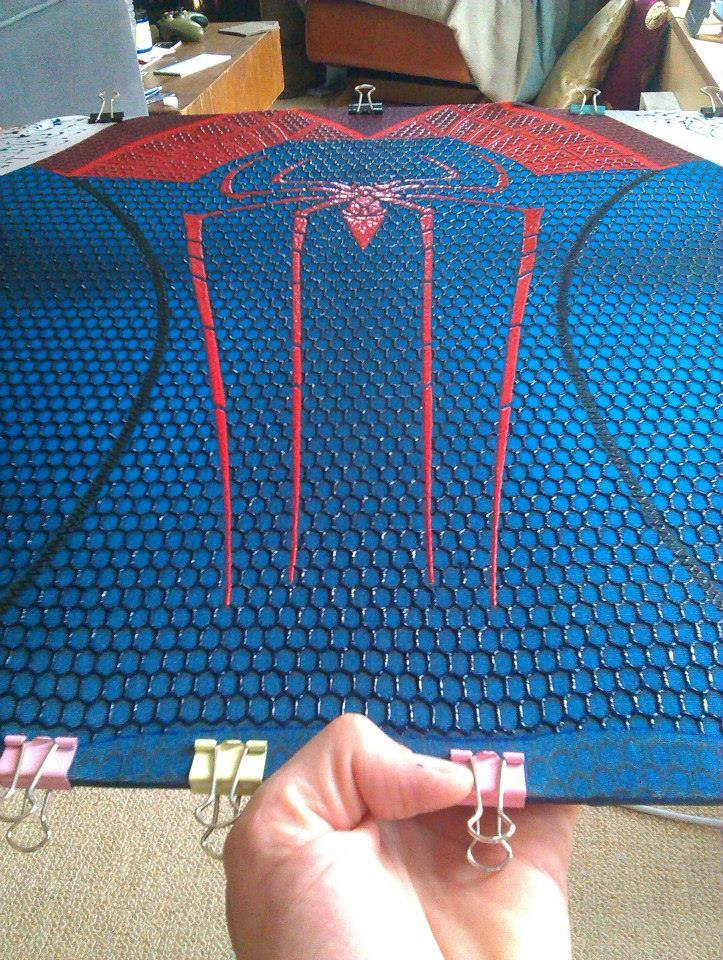 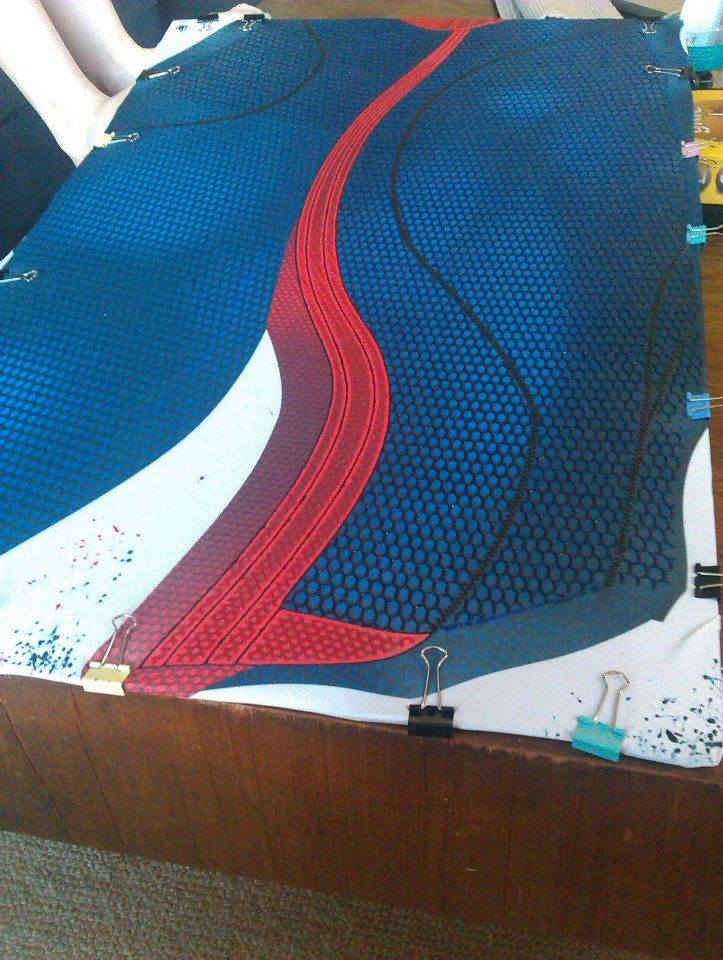 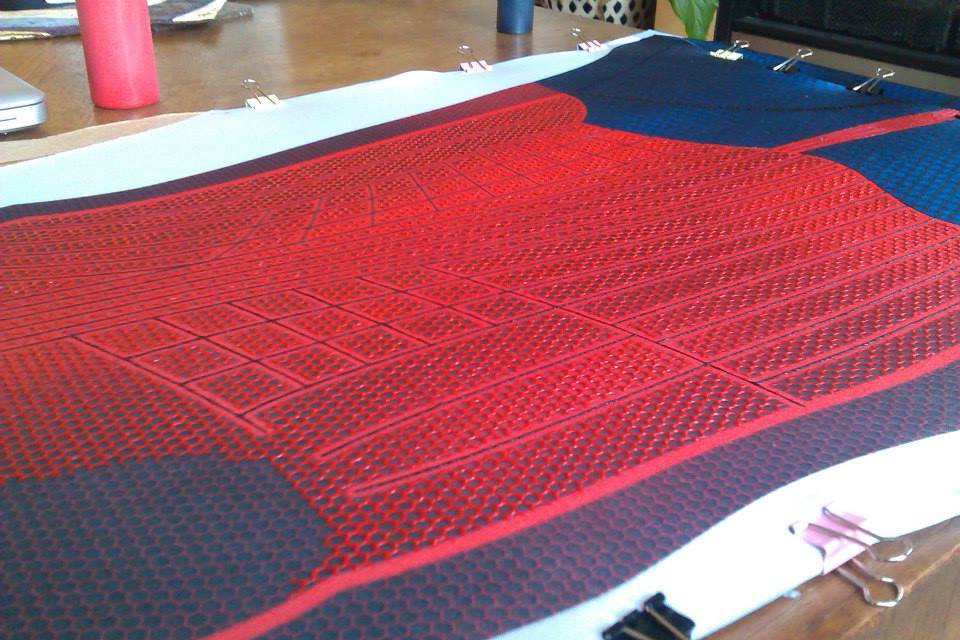 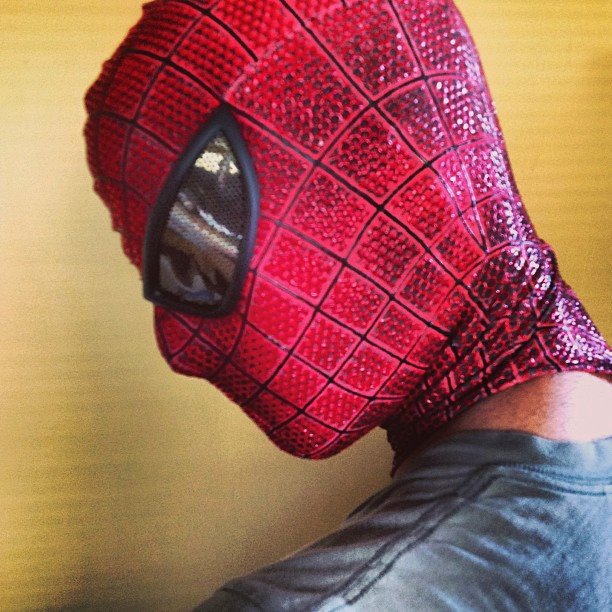