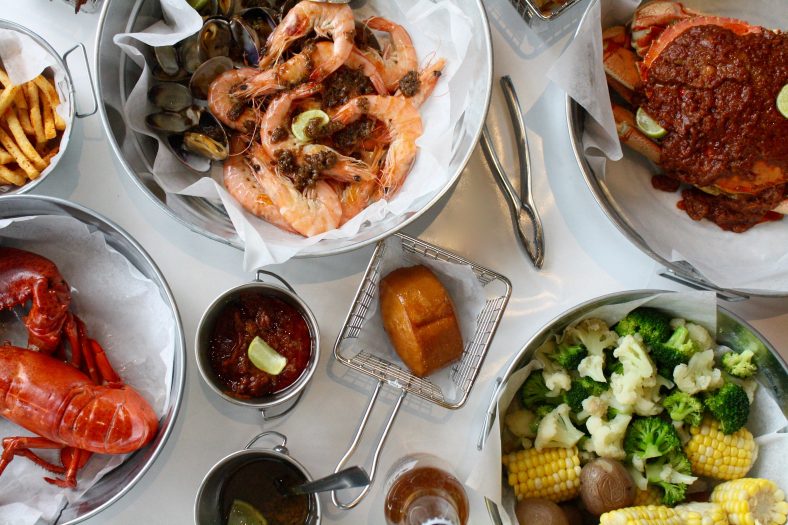 The Vancouver episode of Amazing Race Canada was filmed back in early-May, and it aired last night on CTV! One of the most “iconic” moments of the episode was when contestants had to run up the West Building of the Vancouver Convention Centre’s “living” green roof to reach the final destination of the Vancouver leg of the race.

It was definitely great seeing one of Vancouver’s most architecturally stunning buildings and well photographed landmarks showcased in the show. The first season of Amazing Race Canada premiered on July 15, with contestants starting off their race at Niagara Falls before taking off to Kelowna.

The activities they had to successfully perform at these locations included performing laps of short track speed skating, traveling to destinations written in Chinese, put on and successfully perform a traditional Lion Dance, and write Chinese calligraphy. Some unlucky teams also had to climb to the top of a shipping crane and use binoculars to search for flags that informed them of the location of the Pit Stop, which was of course the Vancouver Convention Centre.

Filming of Amazing Race Canada at the Vancouver Convention Centre on May 6, 2013:

We have a good view of the Amazing Race Canada participants running up the Vancouver Convention Centre roof. http://t.co/qBZzFV1HIf The long-running Amazing Race reality show first began in the United States and has since been franchised to many other countries to produce their own versions. The race involves pairs of contestants “racing” across different locations and attractions in a city (a leg) where they are required to successfully perform a task before given the details of their next location and task. The first pair of contestants that cross the Pit Stop (final destination) of a leg will win a small prize (Air Canada tickets) and the last team that arrives is eliminated.

From there, the show moves on to another location and the process repeats itself for every episode until a winner is determined. Unlike other series around the world, Amazing Race Canada will only travel to destinations within Canada. The show is hosted by Jon Montgomery, known for his the gold medal in men’s skeleton during the 2010 Olympic Winter Games and his subsequent beer chugging celebration.

This was not the first time Vancouver was featured in the Amazing Race. In last year’s season of Amazing Race Australia, contestants arrived in Vancouver to perform tasks that included ice carving at Whistler Olympic Park and catching flags while riding atop the roof of Grouse Mountain’s Skyride gondola cabins.