Construction crane for a building. (Shutterstock)

The recent housing downturn in Metro Vancouver has prompted some developers to abandon their years-old housing development application projects.

A newly released report by Altus Group has found that approximately 20% of the residential units proposed within the City of Vancouver in 2016 have been cancelled. This was the same year the provincial government led by the BC Liberals enforced a new 15% foreign buyers tax with little notice, which was the first major government intervention on housing.

About half of the proposed units during the year were approved, and the remainder are still under review.

Unsurprisingly, the proportion of approved units in 2017 is smaller. 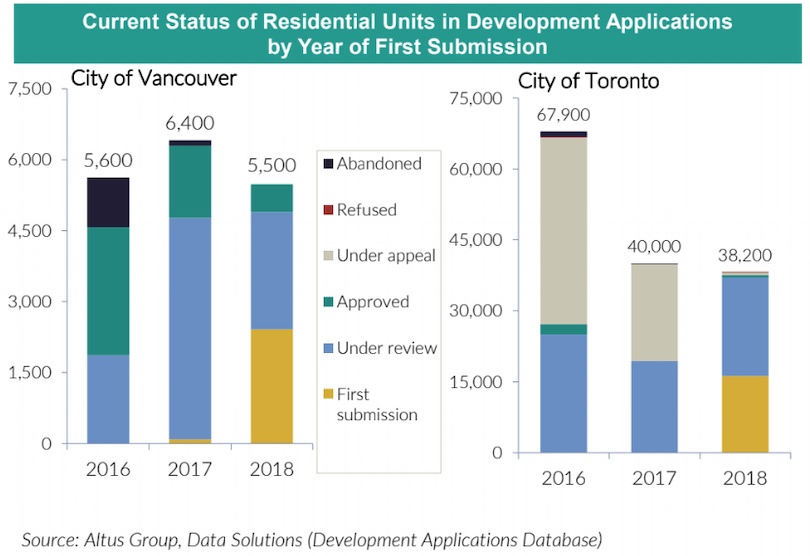 For 2018, despite further inventions, there was only a relatively slight drop in new applications, with Toronto experiencing a much larger drop after 2016.

Roughy half of the proposed units in new applications over the past three years are two or more bedrooms, but there has been a greater emphasis over the past year with studio and one-bedroom units, which is possibly due to the affordability challenges of owning larger units.

A sizeable proportion of the proposed units between 2016 and 2018 are within mixed-use projects, and this is particularly the case in Toronto. 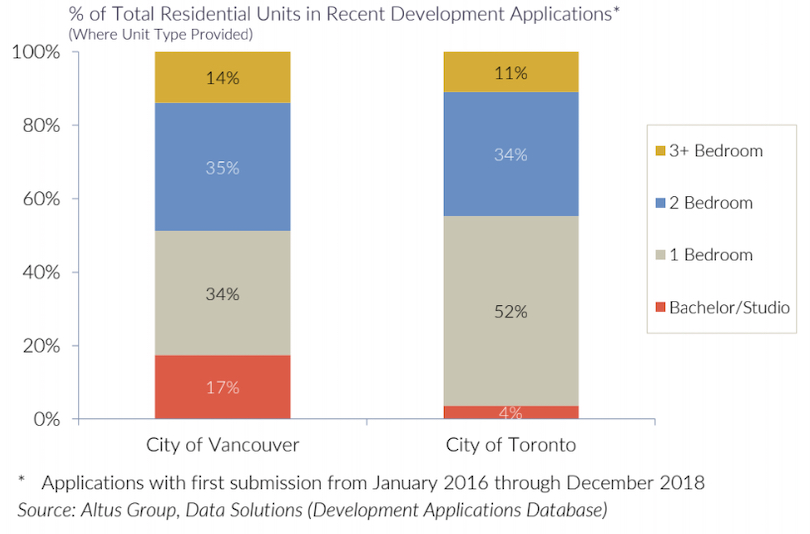 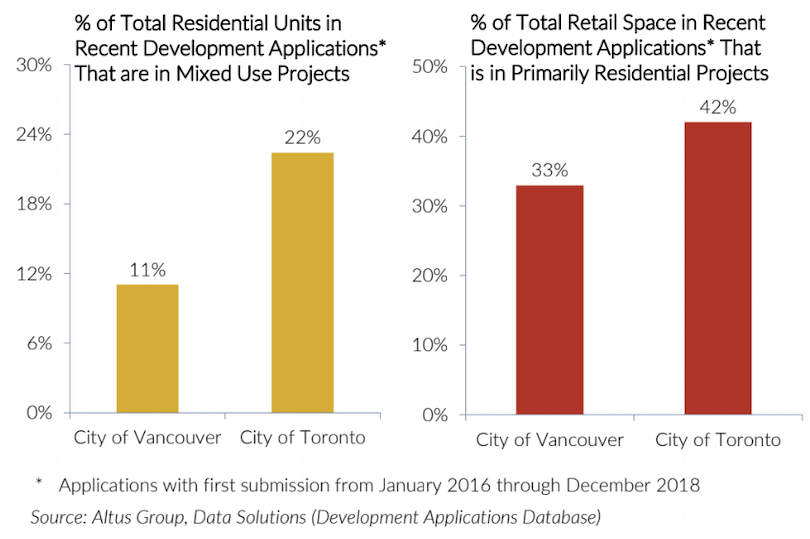 But developers still have strong interest in making rental housing investments in both Vancouver and Toronto, with the average per suite price at $350,000 and $285,000, respectively.

“While higher prevailing rent levels play a role in the higher unit prices in these markets, that is only part of the story — lower cap rates suggest buyers are willing to accept relatively lower initial income to acquire properties in these prime rental markets,” reads the report. 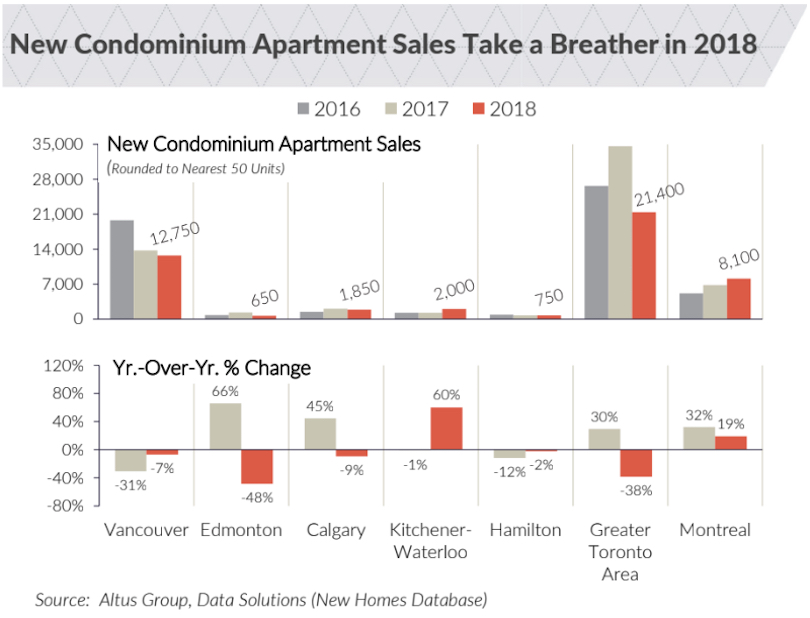