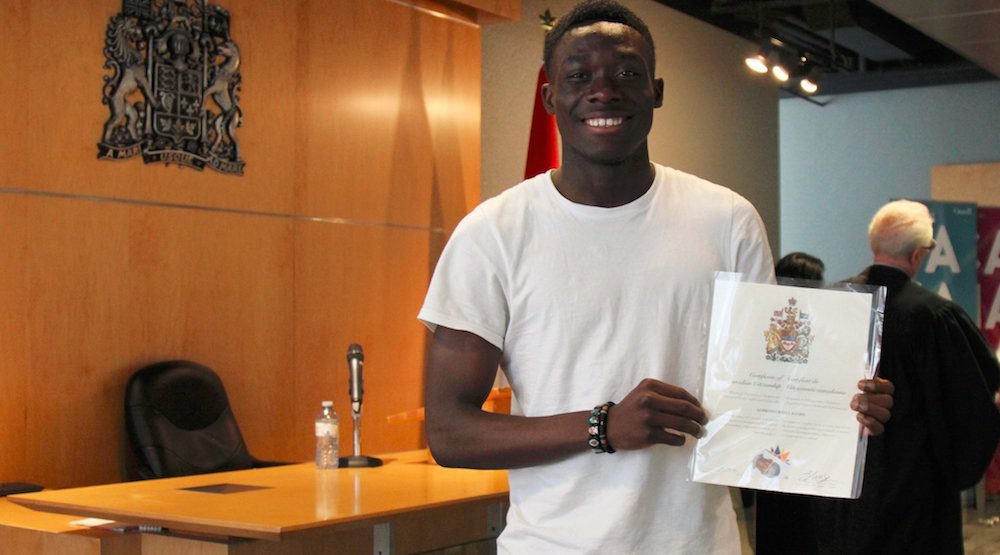 The Alphonso Davies story is already a great one, and he’s only 16.

No surprise then, that the Vancouver Whitecaps have produced an 18-minute documentary on the youngster, through the eyes of him and his parents.

The teenage soccer phenom, who got his Canadian citizenship on Tuesday, is in Montreal right now training with the Canadian Men’s National Team.

Congratulations to new Canadian Alphonso Davies who passed his citizenship test and will take his Oath of Citizenship today in Vancouver. pic.twitter.com/QjPW9kC85x

It’s just another one of the amazing accomplishments for Davies, who made his debut with the Whitecaps at age 15.

With so much success coming so soon in life, it would be hard for a lot of youngsters to stay grounded. By all accounts, Davies has a level head on his shoulders, something that can be understood when you know where he came from.

“It’s a great honour to be able to call myself a Canadian citizen,” Davies said on Tuesday. “First of all, I am thankful to Canada Soccer and Whitecaps FC for their tremendous support throughout this process. Not many people can say they’re a Canadian citizen, knowing that it’s one of the best countries in the world. I’m very proud that I’m one of those people.

You get the idea that Davies doesn’t take his success for granted. And really, knowing what his parents went through to make it possible, how could he?