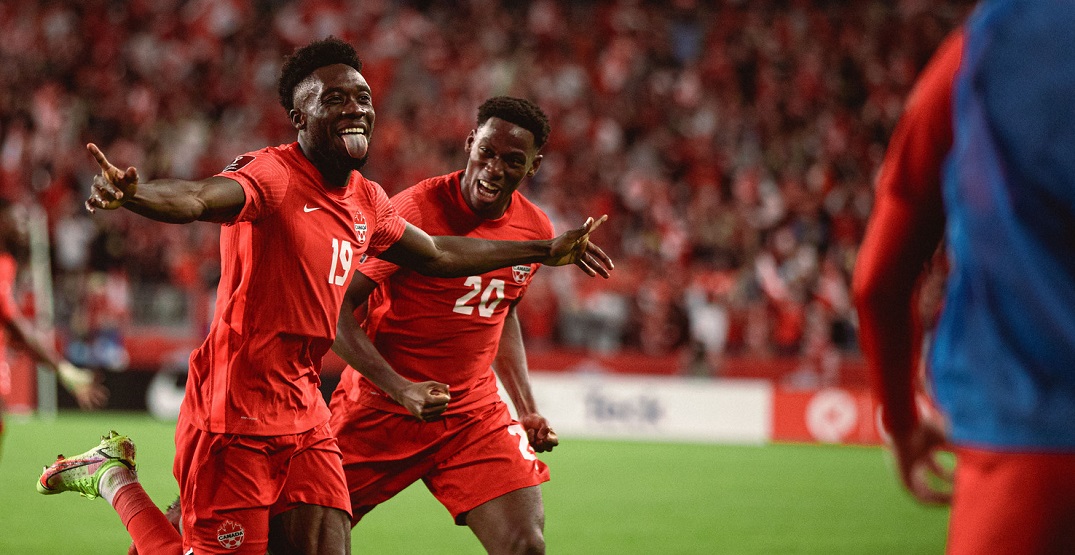 Bayern Munich’s Alphonso Davies loves his football — it’s rare to see the Canadian star ever refer to the sport he plays as “soccer”.

But does Davies love “Canadian football”? A little, but not so much, it seems.

Davies told media in a Thursday press conference that he once snuck into the Grey Cup at Commonwealth Stadium as a youngster while growing up in Edmonton.

Though Davies said he doesn’t remember the year, it was likely the 2010 game between Saskatchewan and Montreal, where Davies would have been 10 years old.

“I don’t know how I got into the stadium because I had no ticket,” he said. “So I just walked in and no one saw.”

Davies didn’t stick around for long, though.

“I left right after [sneaking in] because it wasn’t really interesting to me,” he said. “I was in there for like five minutes and then I left because I had had to go home.”

In the game itself, assuming it’s the one Davies went to, Montreal defeated Saskatchewan 21-18, their second consecutive victory over the Roughriders.

Alphonso Davies and the Canadian national team are returning to Edmonton next week for a pair of 2022 World Cup qualifying matches against Costa Rica and Mexico. In the final round of qualifying, Canada currently sits third in the eight-team table, with the top three teams being guaranteed a spot in the 2022 World Cup.

Davies said he’s looking forward to seeing friends and family in town, and said he’s hoping he’ll get a chance to visit the West Edmonton Mall.

“I really enjoy going there,” Davies said. “But at the end of the day, I know I’m [travelling to Edmonton] for a reason.”

Davies has been a focal point of the Canadian national team during their qualifying run, including a highlight-reel winning goal against Panama that led to Drake asking the team to hang out.

Davies said that his Bayern teammates sometimes joke to him about Canada, as the country has historically not been a men’s soccer powerhouse. But with the team reaching the top 50 in the world ranking recently, Davies said the perception of the team is starting to change.

“They’re jokes, but sometimes I take it personally,” Davies said. “Every time I go back [to Munich], I just want to prove to them that we’re getting better and better each and every every time we play.”

The games in Edmonton, taking place on November 12 and 16, are expected to be sold out.

“It’s amazing,” Davies said of the anticipated crowd. “It puts a smile on my face every time I hear that we’ll be playing in Edmonton in front of 40,000+ people. It’s like a homecoming game.”