For Roberto Luongo’s fans, his return to Rogers Arena was perfect.

If you’re not a die-hard Luongo fan, you may not get this, and maybe this post isn’t for you. What’s amazing is how many ardent fans he has in Vancouver.

What’s incredible is that he may have them forever.

Allow me a moment of honesty. Luongo takes me away from objectivity. He takes me straight back to my childhood of being a die-hard Canucks fan, where no one could say anything bad about my team. So don’t expect a fully objective article. I hope sanity returns later today.

We had an eight-year relationship with Luongo. For two years he was the team’s captain and leader. We doubted him sometimes. We considered straying. To be honest, we did stray when we thought Cory Schneider was the better option. And then we made up.

And then, all too suddenly, it was over.

We – the Luongo folk – we went to the Florida Panthers game to see him one more time. To chant “Luu” one more time – just like we used to when he made so many jaw-dropping saves in critical playoff moments.

We’re Canucks fans first – that’s why we became Luongo fans – but catching a glimpse of the Luongo magic he used to bring to Rogers Arena is exactly what we wanted. And the fans would’ve saluted him more if they could have.

It started before the national anthems – the crowd let out their first Lu of the night – and it continued every time he touched the puck. And when the Canucks played his tribute during the first timeout, the seat belts were released. The audience leapt to their feet and let out all the emotions they were holding in.

Luongo showed how much it meant to him with his first salute to the crowd – his feelings clearly written on his face. 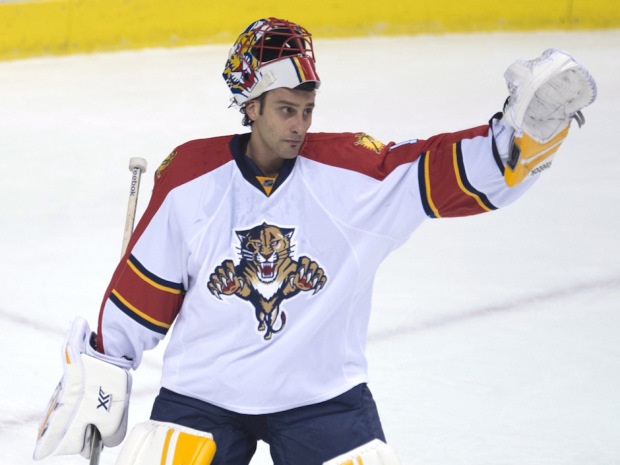 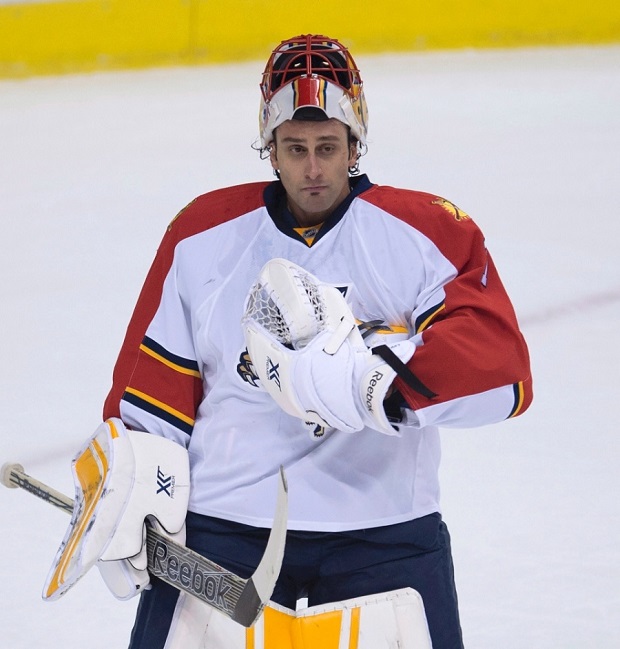 It’s true, the Canucks barely showed up in the 3-1 loss. They mailed it in. They handed the Panthers two points on a platter.

But being there at Rogers Arena, you realized the majority of those fans came for Luongo.

At the end of the game, just before skating off the ice and before knowing he’d be one of the game’s stars, Luongo clapped for the crowd once again, thanking his fans for their support. Another salute from the fans, but still they wanted more.

Luongo was then named first star. He performed his old routine of pointing to a lucky kid and handing him his game-used stick. It was fitting. It was a perfect end to the night.

Tons of Luuing, a few standing ovations, an emotional thank you and good-bye, and one last first-star performance in front of his home crowd – they got what they wanted.

Luongo held his fans in rapture one final time.