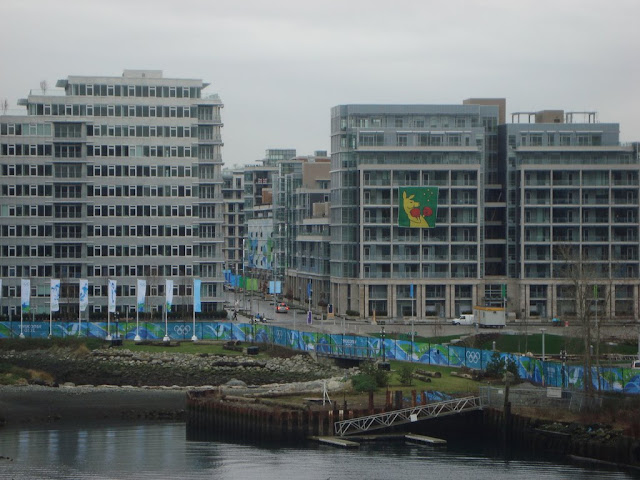 That crazy Aussie boxing Kangaroo flag draped over the side of the athletes village in False Creek has somehow infuriated the IOC. Perhaps, the IOC believes the flag confuses people into thinking it’s the Summer Olympics as boxing obviously isn’t a winter sport. Our weather isn’t helping either.

I say let them wave their flag, a boxing kangaroo isn’t a match for the Crazy Canucks anyways. The Aussies aren’t backing down and good for them as this is just ludicrous. They’ve done it in past games and will do so in future games. 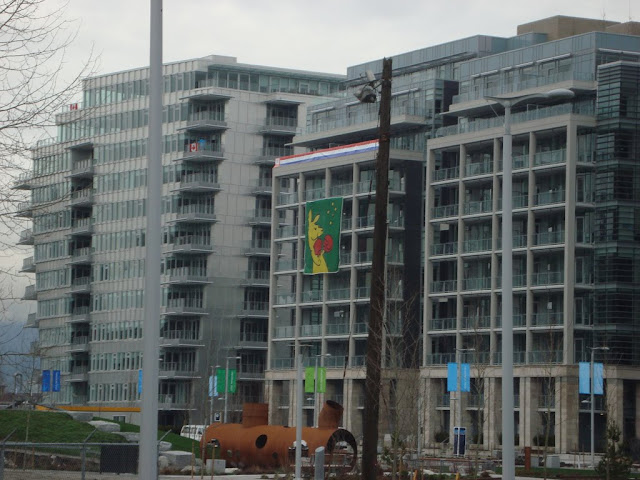 Members of the Australian Olympic team say they will defy an order to take down a giant flag they’ve hung on the side of a condominium building at the Olympic Village in downtown Vancouver.
The green and gold flag, measuring about 50 square metres, shows a golden kangaroo wearing red boxing gloves.
The International Olympic Committee has ordered the flag to be taken down because it’s a registered trademark. Displaying a registered trademark goes against IOC rules.
The trademark is owned by the Australian Olympic Committee, which does not object to the flag’s use by the Australian Olympic team.
“We do it every Games,” Mike Tancred, an AOC spokesman, told the website news.com.au.
Tancred said the team intended to keep the banner flying. [source]