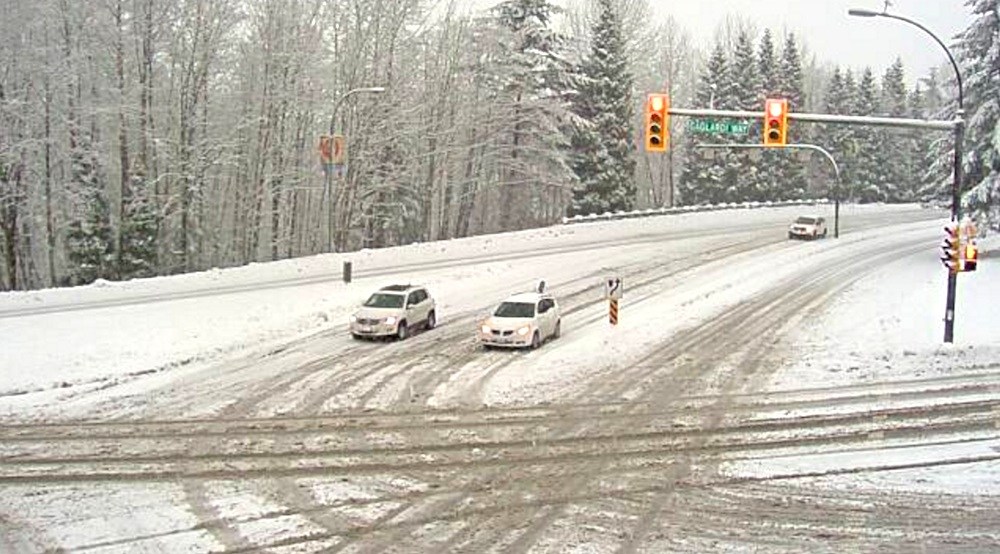 All three campuses for Simon Fraser University are closed as of this afternoon, and any remaining exams for the day have been canceled.

SFU has announced that exams that begin at 3:30 pm or 7 pm today at Burnaby Mountain, downtown Vancouver or Surrey campuses will be rescheduled to a later date.

Road and transit conditions have deteriorated throughout the day with snow accumulating on roads and train tracks.

In particular, bus service to the SFU campus atop Burnaby Mountain has been significantly reduced. The 145 route between Production Way-University Station and SFU has been suspended due to slick ice and snow conditions on Gaglardi Way, and the 135 route is not traveling to SFU as it is terminating at Hastings and Duthie streets.

There have been reports of buses parked on the side of the roads leading to SFU and at least one accident involving a 135 bus.

135 to SFU in trouble. Just had to get off. Everyone walking up Hastings. #snowmageddon2016 pic.twitter.com/GTFESjINRQ

Here’s what it looks like 135 buses stopped on the road to #sfu @TransLink pic.twitter.com/iMgvItWgjD

@SFU @TransLink There is a 135 bus accident on Hastings at Howard. And 135 only go to Duthie. How am I supposed to go to SFU? pic.twitter.com/KuFbZW9Khj

Hope that everyone gets safely off campus! . . . #snowmageddon #mountainlife #sfu

Snow falling just as much as my GPA

Might have gotten hypothermia trying to take this picture tbh