The last time that all ten provinces saw real annual GDP growth was 2011. Now, in 2017, it has finally happened again.

According to Stats Canada, every single Canadian province saw an increase in their GDP when compared to their 2016 numbers. 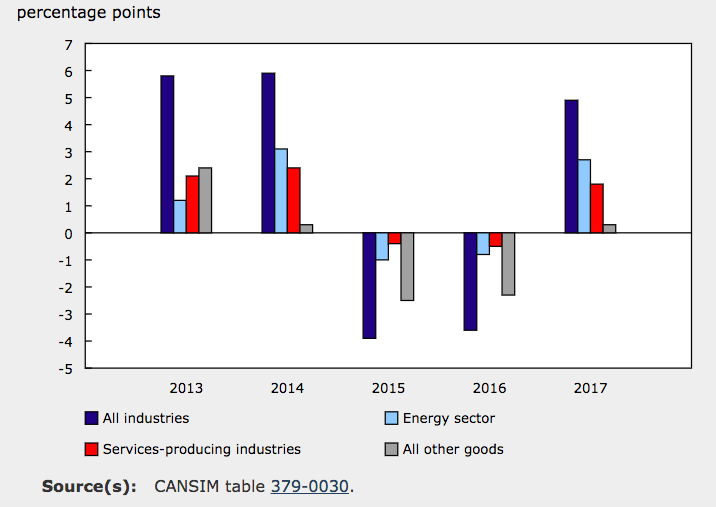 Much of Alberta’s new growth can be attributed to their natural resources, as Stats Canada stated that 50% of the province’s growth came from mining, quarrying, oil, and gas extraction — all subsectors that saw an increase in extraction rates in 2017.

BC was hot on Alberta’s heels, with a growth of 3.9%. This follows up on the 3.6% GDP growth seen in 2016, though the province actually dropped by 6.5% when it came to offices of real estate agents and brokers and activities related to real estate.

Stats Canada states that this can be partially chalked up to the additional 15% property tax for non-Canadian citizens or non-Metro Vancouver residents purchasing properties, which was implemented in August 2016. 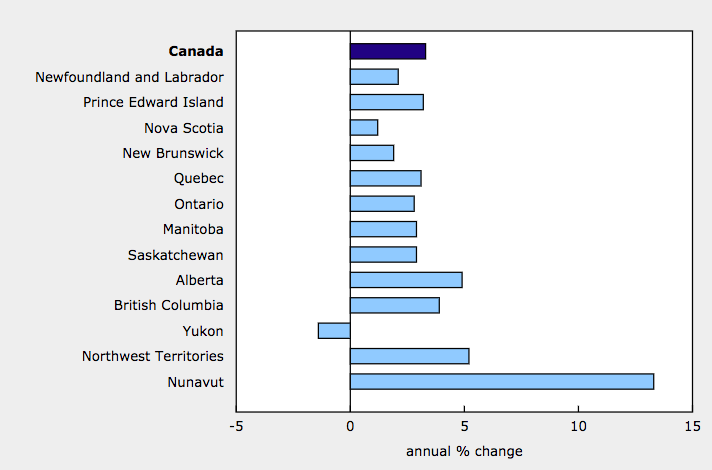 Ontario also saw a decrease in the same area as BC, with Stats Canada nodding to the government regulations around the Greater Golden Horseshoe area housing market as having a hand in the 7.5% decline in agent and brokers’ activity.

However, Ontario still saw a 2.8% increase overall in GDP growth, which is slightly higher than the 2.6% the province saw in 2016.

Heading further east, Stats Canada found that Quebec saw its strongest pace of real GDP growth since 2000, with an increase of 3.1%. That is twice the rate that Quebec saw for 2016’s 1.5%.

Prince Edward Island also saw significant growth in 2017, with an increase of 3.2%. Saskatchewan and Manitoba were both at a 2.9% increase, while New Brunswick was at 1.9%, and Nova Scotia saw the lowest, at 1.2% growth.