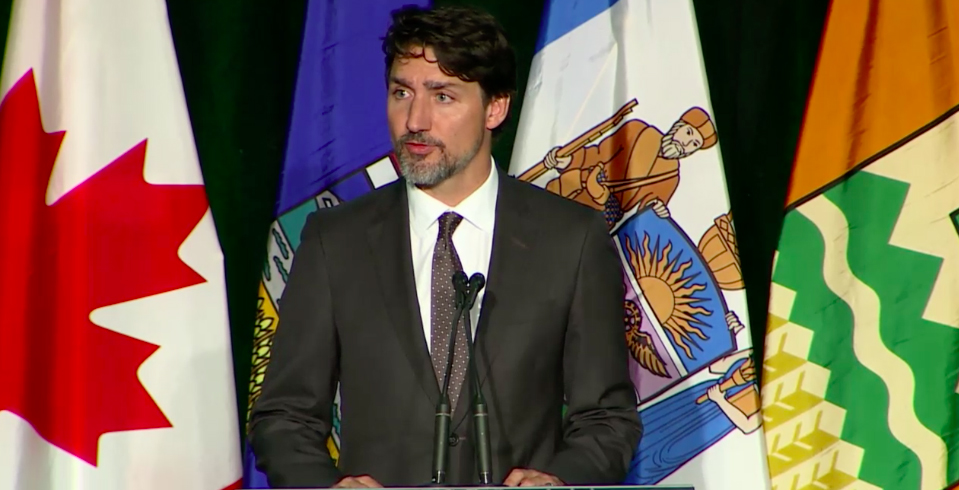 Justin Trudeau speaks at an Edmonton memorial for victims of the Iran plane crash. Photo: University of Alberta

Organized by the University of Alberta, hundreds of people gathered for a vigil remembering the students, professors, alumni, and other Canadian residents killed when an Iranian missile took out Ukraine International Airlines flight 752 after it took off from Tehran.

He shared stories of some of the victims whose families he’d met with. One man, Farhad Niknam, was a successful dentist in Iran and dreamed of opening his own practice in Canada. Niknam would return regularly to Iran for months at a time and work to pay for his courses in Canada to practice as a dentist here, Trudeau said.

Niknam had received his Canadian qualifications only weeks ago, and was on flight 752 to return home for good.

“And now his family has no idea what their future holds without him,” Trudeau said.

Canadians like Niknam were working to build a better country, and the plane crash was a blow to the entire nation, Trudeau said.

He closed by saying he’s grateful the families of the victims are still here, and that they give the nation purpose in its quest for answers and justice in the aftermath of the crash.

Iranian officials said the plane was taken down by mistake, and Canada along with Ukraine are vying for an open and transparent investigation into what happened. Trudeau has said it’s his priority to get access to the aircraft’s black boxes, find out whether the missile launch truly was unintentional, and get financial compensation from Iran for families who lost loved ones.