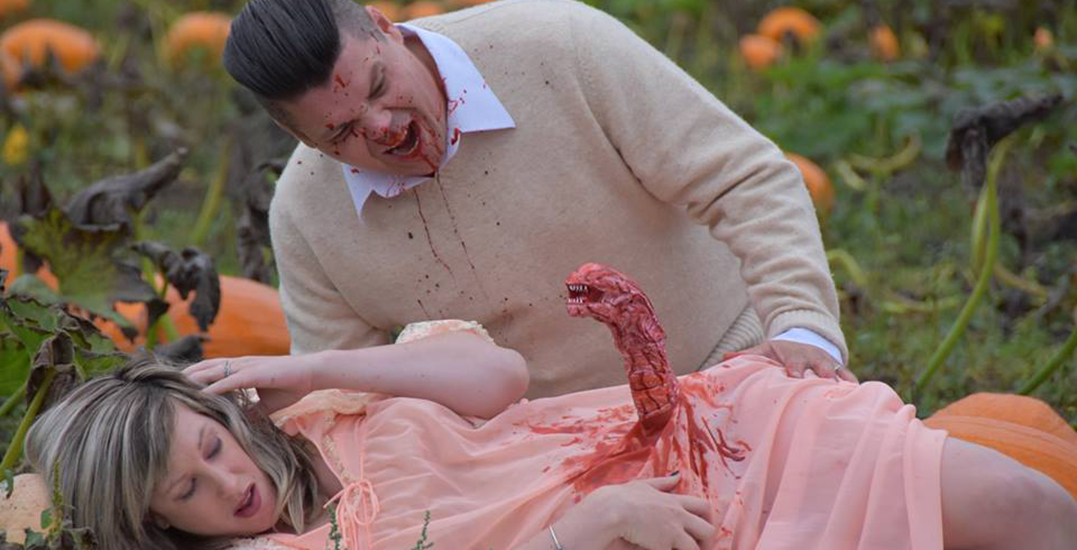 For Todd and Nicole Cameron, a traditional maternity shoot was almost out of the question.

“We met on Halloween. She was an amazing zombie and I was Ace Ventura, Pet Detective. We bonded over our love of Halloween, crafting, laughter, and silliness and haven’t looked back,” Todd Cameron told Daily Hive.

Perhaps that’s why it was so fitting to give their recent maternity shoot a hilarious sci-fi twist by recreating an iconic scene from the 1979 horror film “Alien.” 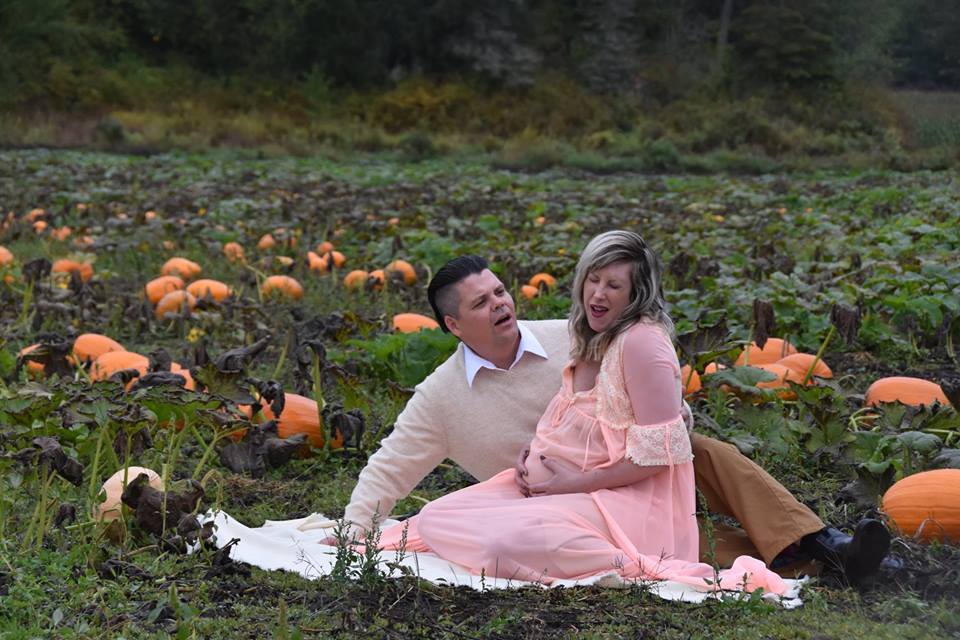 “I was at a garage sale and found a model of an ‘Alien Chestburster.’ I brought it home, of course, and as I was putting it together and painting it, the idea of a maternity shoot came to me. Nicole wasn’t interested in a traditional maternity shoot so our planning began.”

The BC couple then prepared a number of props, including the chestburster, and baby bottle to feed the alien. They also hand carved an “alien pod” out of a pumpkin. 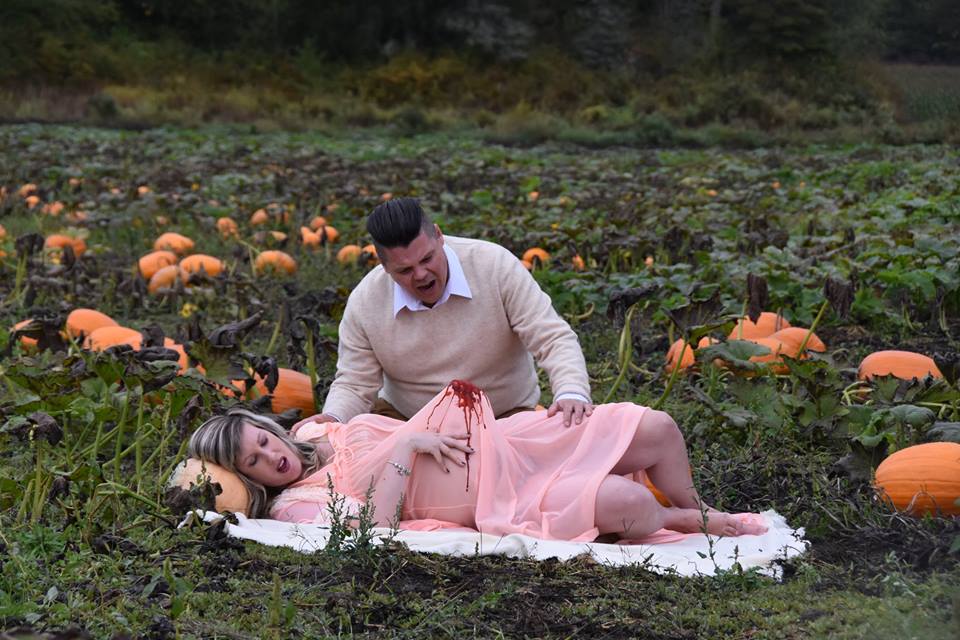 “Nicole took care of getting fake blood, the blanket, and our cheesy outfits at Value Village,” Todd explains.

When the day of the shoot came around, the duo took to McNabs Corn Maze and Pumpkin Patch. 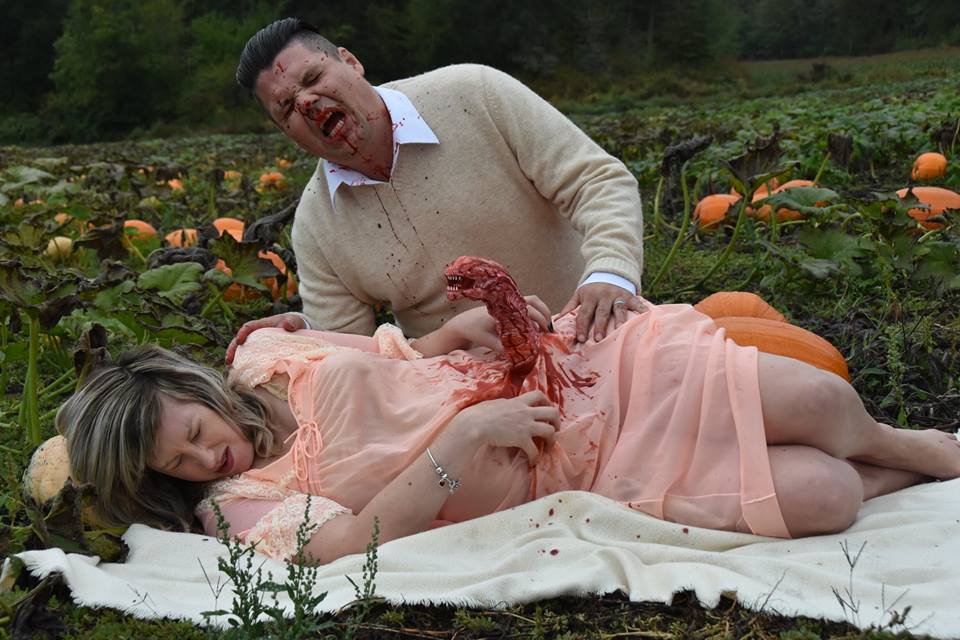 “When recreating the storyline, I wanted to take the viewer through an emotional journey from ‘Oh look, another maternity shoot’ to ‘Hmm, something’s not right’ to ‘OMG what the hell is happening?'” 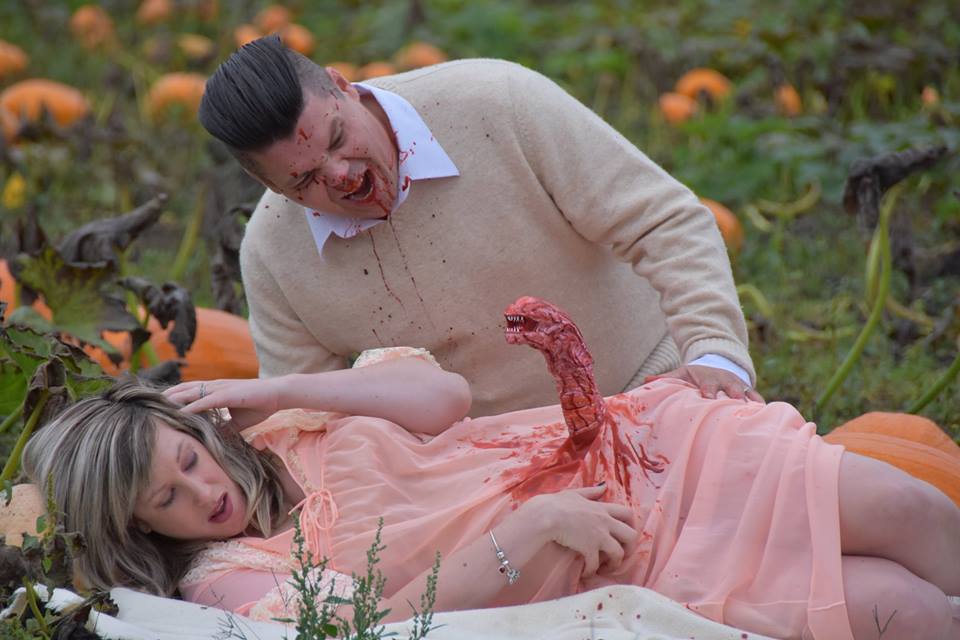 “The funniest part for us was laying in a cold wet field, covered in fake blood and just laughing our hearts out,” says Cameron.

“We were hoping that the farm hands wouldn’t drive by and see us covered in blood, chasing after and cuddling an alien.” 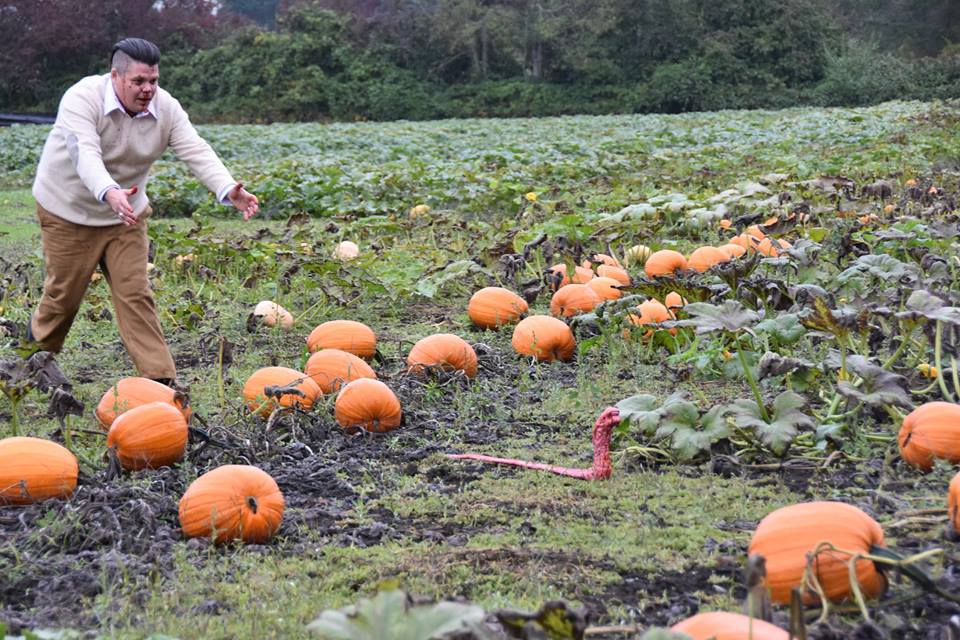 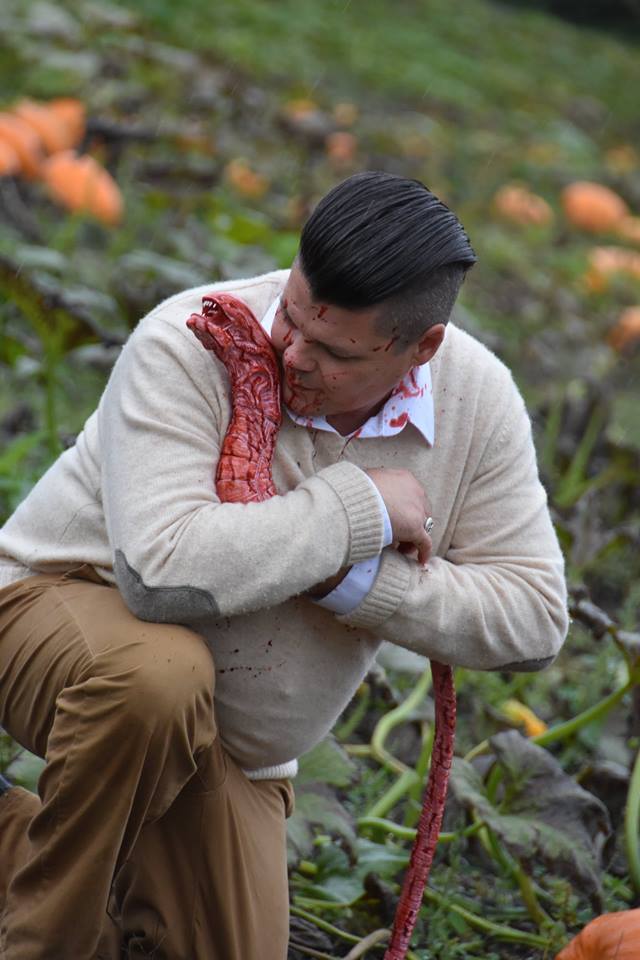 “I have to give huge props to Nicole for shivering on a rainy day in the muddy pumpkin patch and getting splattered with blood, all while eight-and-a-half months pregnant,” he adds. 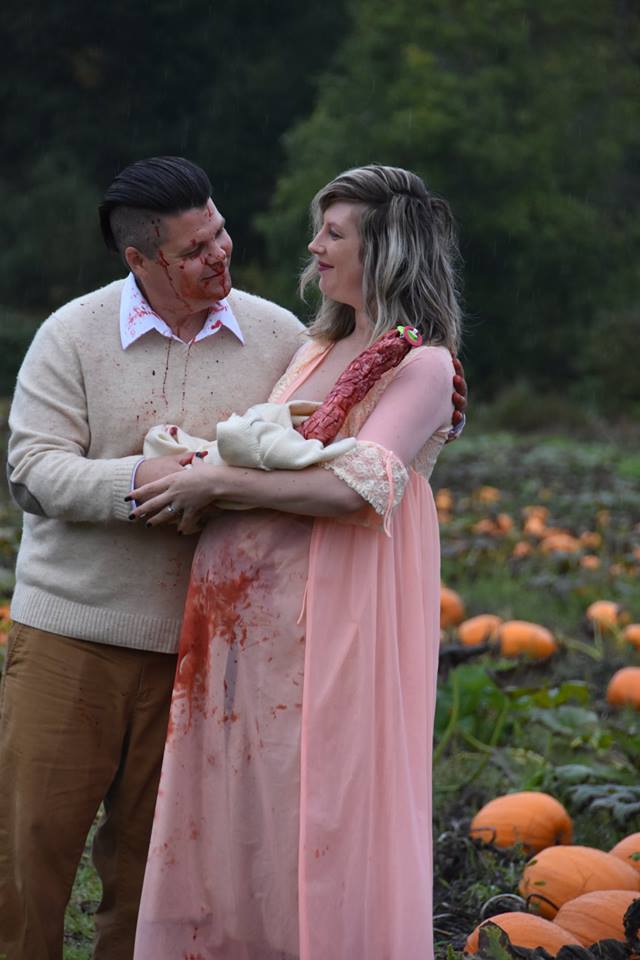 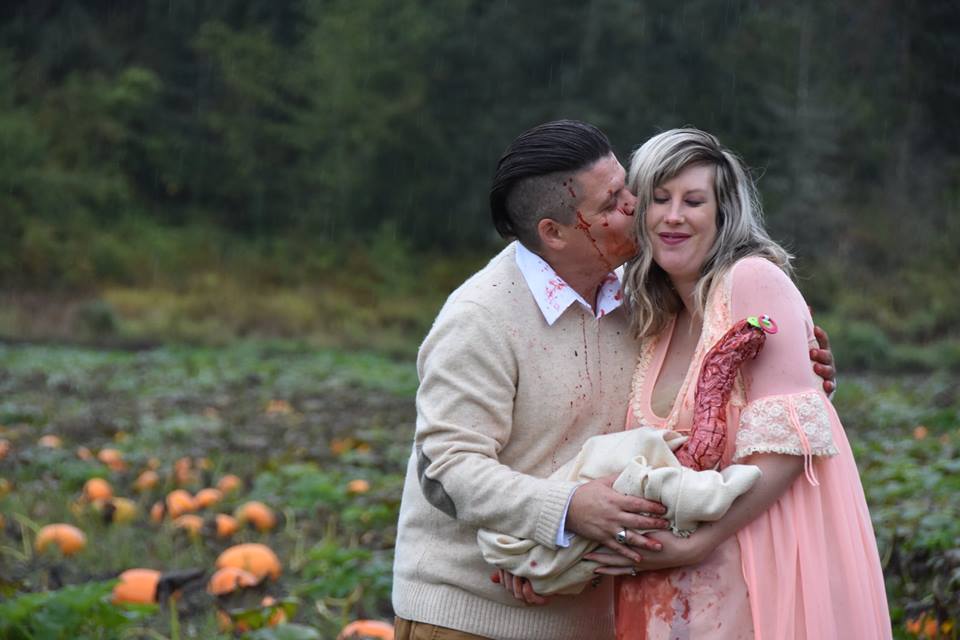 “I think that it’s got such a huge reaction because it was just so unexpected and that scene from Alien is just so iconic. What people loved most was when the shoot turned from horror to comedy as I chased the little guy down so we could love him up and accept him into our family.” 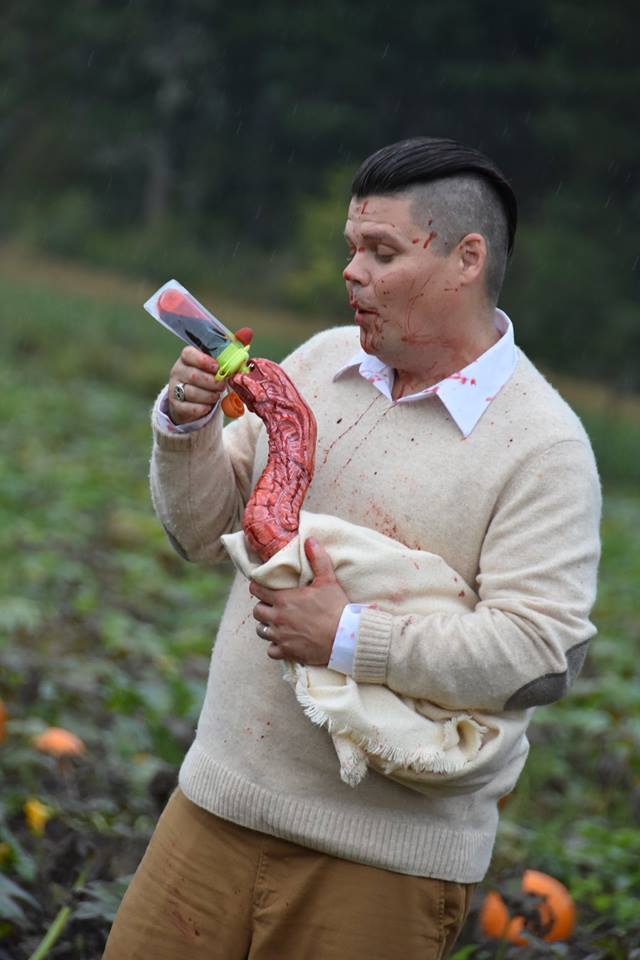 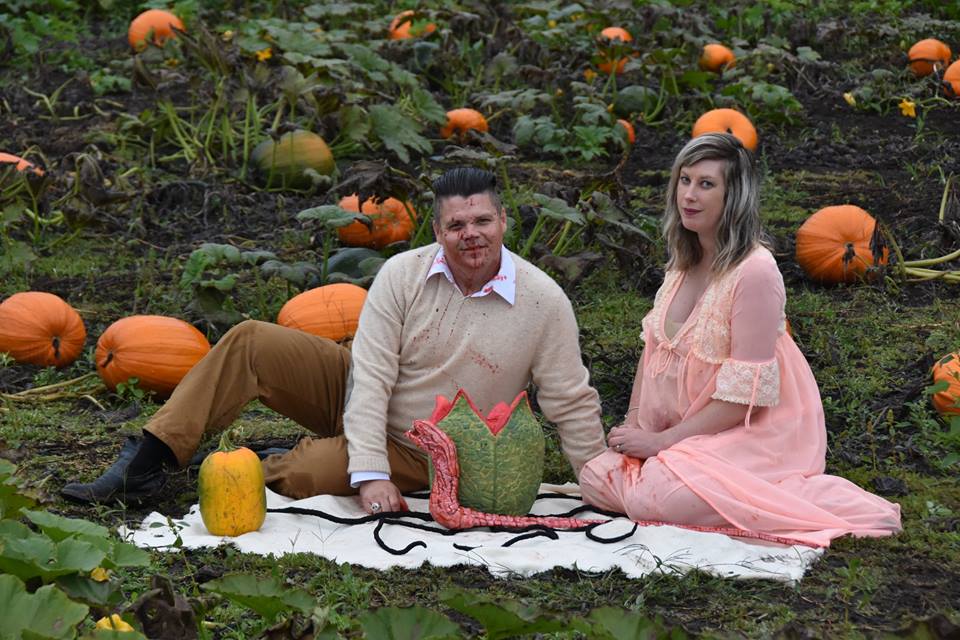 To follow all the adventures of the baby xenomorph adapting to a human family, you can check out Todd Cameron’s Instagram.

“We couldn’t have asked for a more exciting way to spend our last few days before the real adventure begins and our human child arrives.”