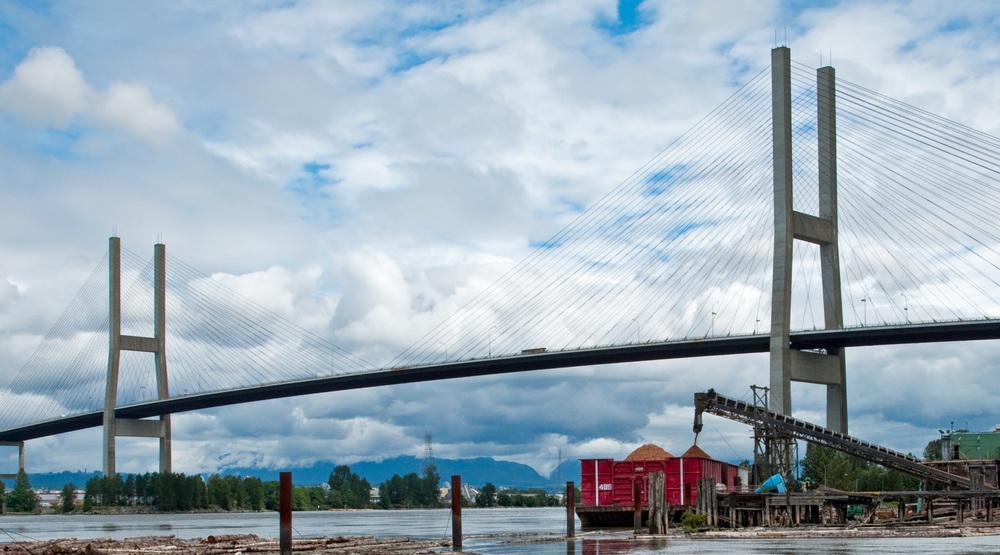 Wednesday morning’s commute over the Alex Fraser Bridge was marred with collisions and accidents, including one that involved seven vehicles.

“It was quite the morning,” Delta Police spokesperson Sharlene Brooks told Daily Hive.

The first incident – which involved the seven vehicles – took place at 6:15 am at the base of Nordel Way, entering the Alex Fraser Bridge northbound.

A short time later, there was another northbound collision, which involved three vehicles.

The final incident was at the Cliveden Avenue off-ramp from Alex Fraser northbound.

All of the collisions were preventable, Brooks added.

“Speed and inattention were contributing factors,” she said. “Although there was no snow… even with rain you need to slow down and give room.”

Seven of the 11 vehicles had to be towed.

Fortunately, despite the number of vehicles involved, no serious injuries were reported and no one was taken to hospital.

Delta Police handled two of the three collisions, and the RCMP Freeway Patrol handled the third.