Traffic is heavily backed up after a crash caused the left northbound lane to be blocked on the Alex Fraser Bridge. The multi-vehicle crash has been cleared up, but major volume still remains.

GREAT news! All clear of an accident NB #AlexFraser but huge back ups remain out of #DeltaBC ^JennT

#TRAFFICALERT Update: CLEARED the crash on the #AlexFraser nb – volume is heavily backed up 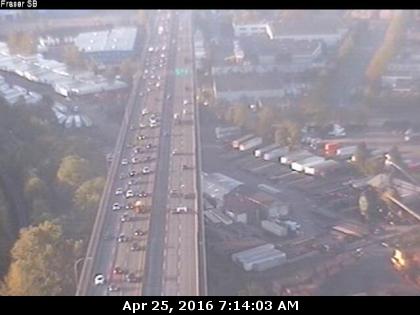