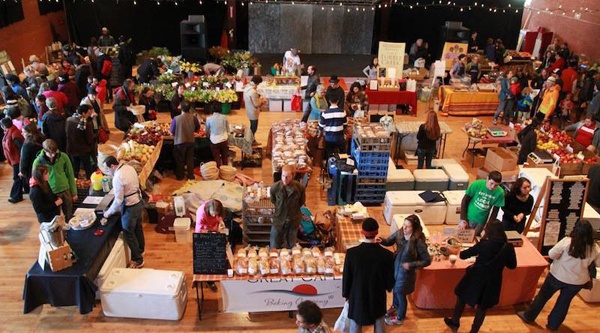 The Fan Zoo presents a new line of Graphic T’s that currently stars Alex Burrows.  The ‘Burr’ caricature takes fans back to Round 1, Game 7 of the 2011 Stanley cup run.  Alex Burrows took a slap shot and scored the overtime goal, which would advance the Vancouver Canucks to the next round.  A goal that sent shockwaves of euphoria throughout Vancouver.  Do you remember where you were when that goal was scored?  A huge moment for our Vancouver Canucks and the fans.  The phrase “They’ve slayed the dragon” will be forever remembered.  The goal became one of Alex Burrows most memorable moments.

You can purchase one of these ‘Burr’ graphic T’s at The Fan Zoo: http://www.thefanzoo.com/t-shirts.

Or a lucky winner will be able to take a ‘Burr’ shirt home, enter contest below: 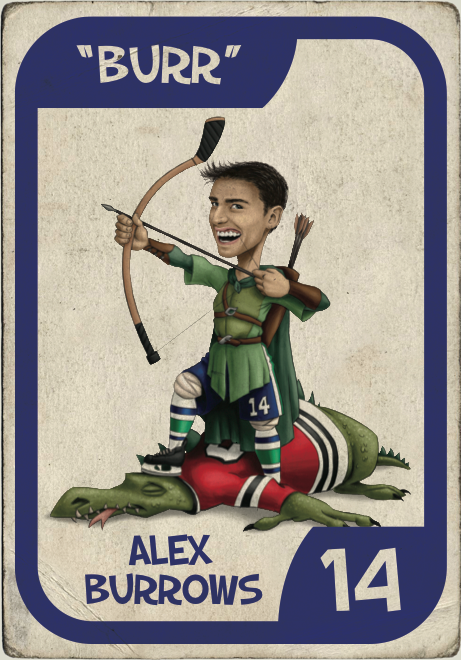 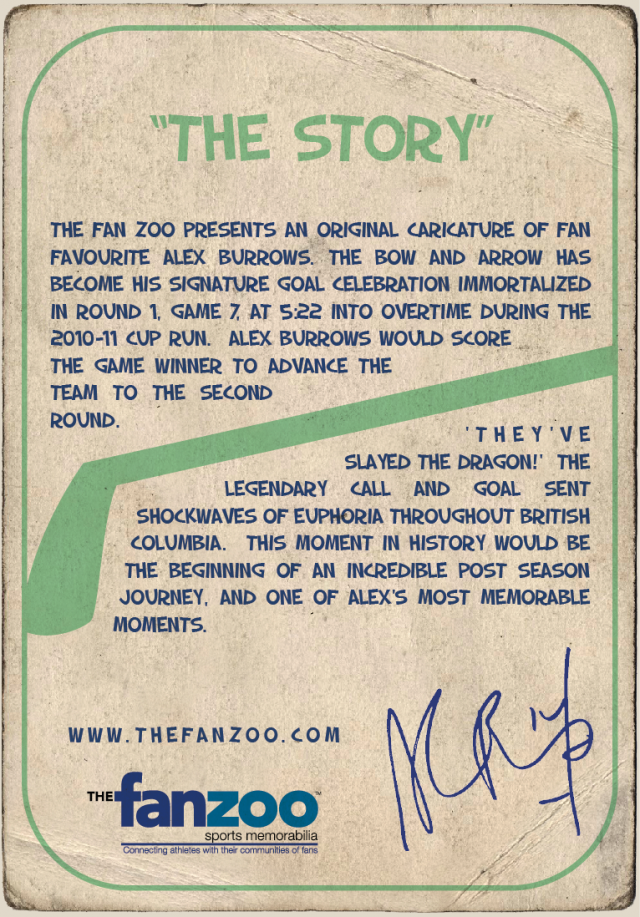