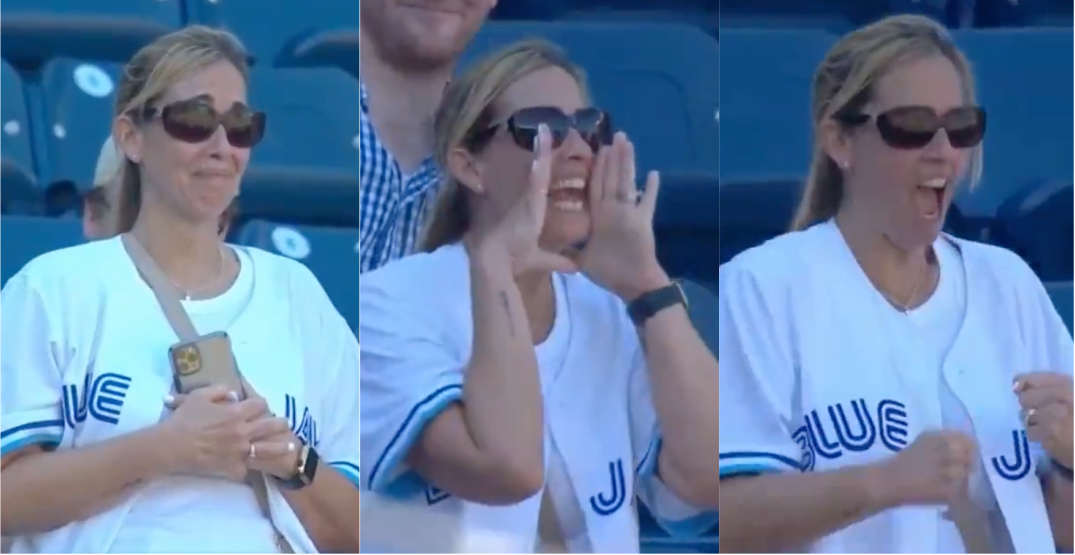 Toronto Blue Jays rookie Alek Manoah wasn’t the only member of his family to get plenty of camera time in his big league debut, the entire clan made their MLB debut, as well.

Most of Manoah’s family was in the stands at Yankee Stadium in the Bronx to see the 23-year-old see his first action in the Major Leagues. And Manoah’s mother, Susan Lluch, ran the gamut of emotions watching her son take on the Yankees.

With the ballpark only open to limited seating, the Manoah family essentially had their own personal cheering section for the Blue Jays’ newest starting pitcher.

There was nothing quite like following along in Manoah’s mother’s shoes as he struck out Rougned Odor and then Aaron Judge in his very first inning of work.

Manoah is no stranger to showing emotion on the field, and after watching his family cheer alongside as he navigated the Yankees lineup, it’s easy to see where he gets his passion from.

Alek Manoah's mom was crying as he faced his first MLB hitter and she was PUMPED after he recorded his first strikeout pic.twitter.com/tVUGGxiLj0

Manoah was lights out against one of the best teams in the American League, pitching six shutout innings and striking out seven Yankee batters.

It was the strongest starting pitcher debut by a Blue Jays rookie since Ryan Borucki threw six innings of two-run ball against the Houston Astros in 2018. The only other Blue Jays rookie to throw a scoreless start in their MLB debut of six innings or more was Mauro Gozzo, who logged eight scoreless innings against the Texas Rangers in August 1989.

If his first start is an indication of anything to come for the six-foot-six rookie pitcher, the future is bright for Manoah (and his entire family).