Kaleidoscope Dream, available now on iTunes, is Miguel’s sophomore effort. Following up on 2010’s ‘All I Want Is You’, Kaleidoscope Dream is a pleasant experience that combines smooth tones with a great mix of rock, pop, R&B and electronic sounds.

What shines in Kaleidoscope Dream that his first release lacked is a cohesiveness between songs that makes the album a much easier to listen overall. 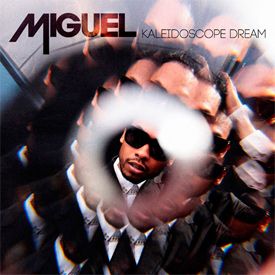 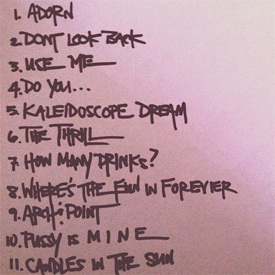 Individually the tracks that make up Kaleidoscope Dream cover all the basics of a well-rounded R&B album with smooth melodies and thrilling rhythms, all aided by a combination of guitars and electronic touches that give it a modern feel.

Adorn, Kaleidoscope Dream’s lead single, comes through as Miguel’s strongest effort to date, combining a pounding bass line with his trademark crooning. The difference between the two may feel off-putting at first but it’s definitely a mix that grows on the listener the more its played.

From there it’s a trip through wishful love songs, a collection of sensual, yet casual tunes that focus more on the ideals of love rather than the more graphic versions we’re used to hearing about.

Over ‘Use Me’, Miguel covers his insecurities with an amped-up beat, while over the Alicia Keys assisted ‘Where’s The Fun In Forever’ he puts a classier take on the popular ‘you only live once’ motto.

At first listen, you may have trouble adjusting to Kaleidoscope Dream’s mosaic of genres mixed with Miguel’s melodic vocals. But as you delve deeper into the album and give its offerings more time, you’ll find yourself grooving along to Miguel’s fantasies.

Catch album reviews by @LowMatthewJ, every Tuesday on Vancity Buzz.