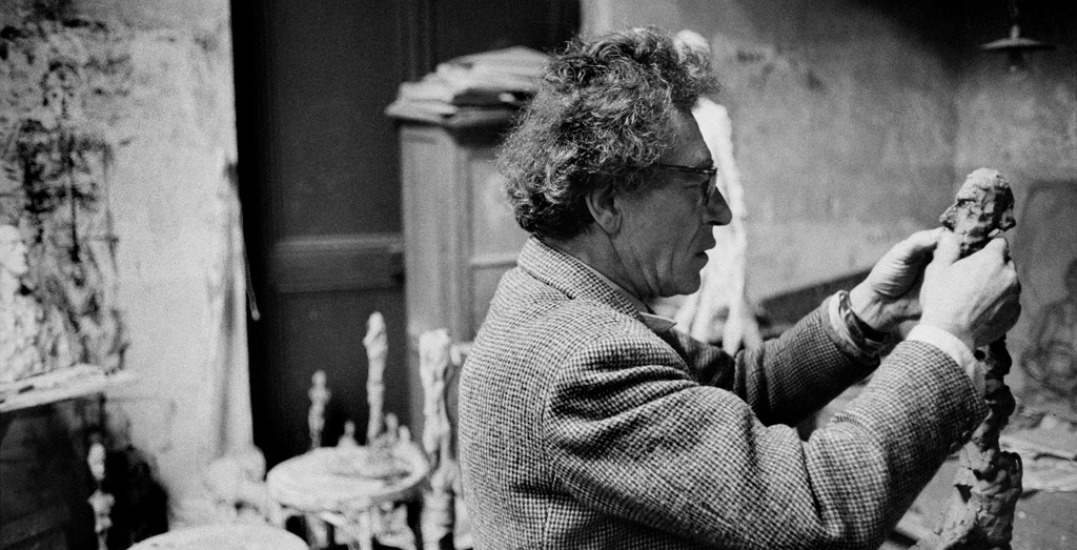 If you appreciate the wonder of art, architecture, culture, or fashion, there’s a summer exhibition coming to the Vancouver Art Gallery that you need to experience.

From June 16 through September 29, you can explore masterpieces by a renowned twentieth-century artist Alberto Giacometti (1901—1966) in the first major exhibition of his work in Vancouver, Alberto Giacometti: A Line Through Time.

Sculptures, paintings, drawings, and lithographs showcasing Giacometti’s genius will be on display, alongside examples of his ancient and contemporary inspirations, providing Gallery visitors with the rare opportunity to examine the breadth of the artist’s practice. 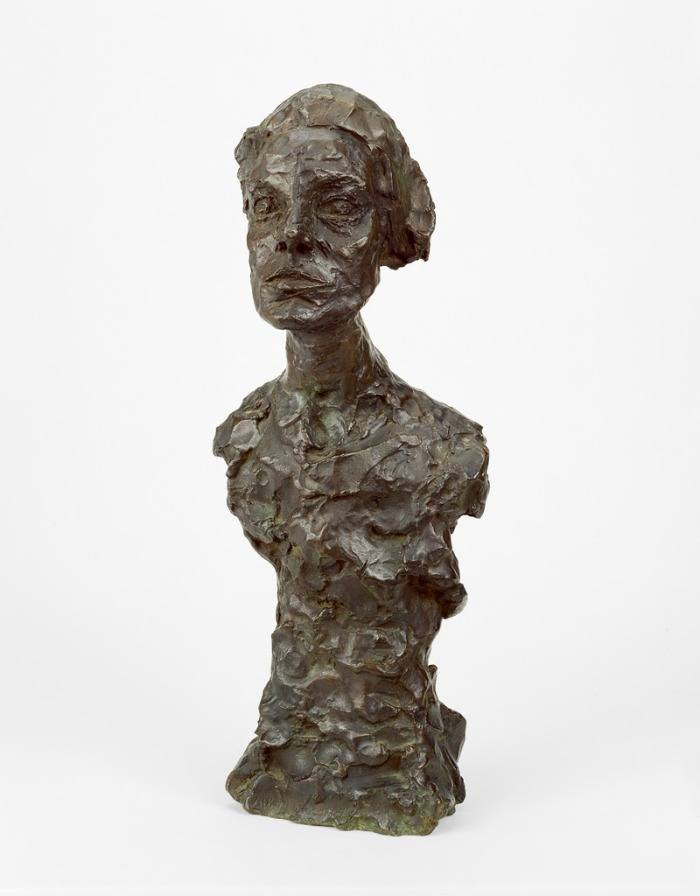 When you visit the exhibition, you’ll learn about  Giacometti’s innovative approach to materials and processes, as well as his influence on a generation of British artists.

Organized by the UK’s Sainsbury Centre for Visual Arts at the University of East Anglia, in collaboration with the Vancouver Art Gallery, the exhibition looks at Giacometti’s pre-and post-war career, while also highlighting works by artists with whom he was in dialogue, including César, Jean Dubuffet, Francis Bacon, Jean Fautrier, Lynn Chadwick, Elisabeth Frink, Henri Michaux, Eduardo Paolozzi, and Jean-Paul Riopelle, among others. 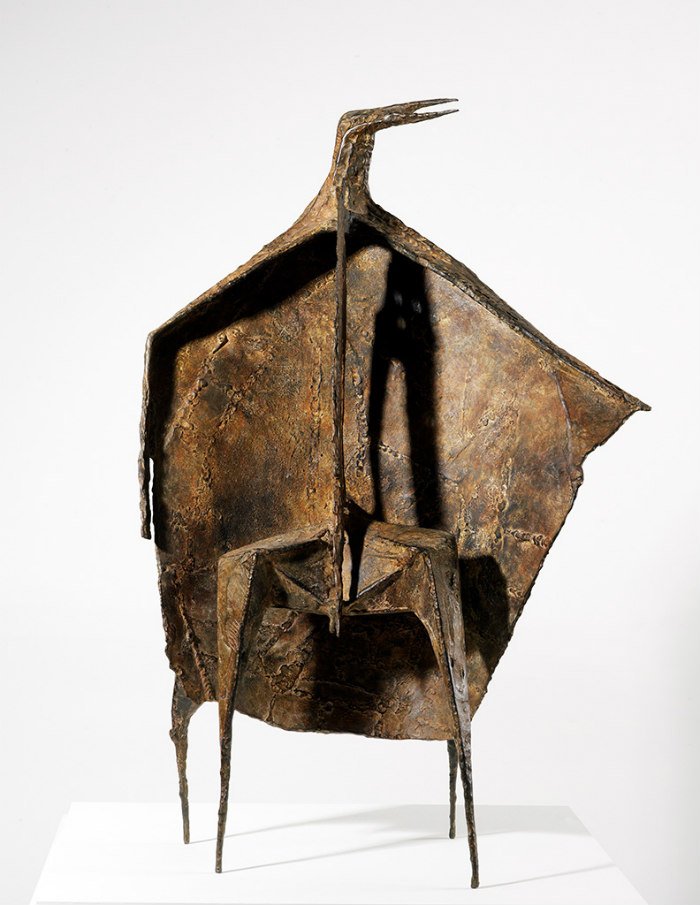 Lynn Chadwick, The Stranger, 1954, bronze, Courtesy of the Estate of Lynn Chadwick and Blain|Southern/Vancouver Art Gallery

A true perfectionist, Giacometti worked to create pieces that captured a sense of the struggles we experience in life.

Born to a family of progressive artists, designers, and architects in Bregaglia, Switzerland, Giacometti began drawing and painting in his childhood. After moving to Paris in 1922, he explored ideas developed among Cubist and Surrealist artists, and 10 years later, he was well known for his contributions to the Paris art scene.

Giacometti’s post-war career saw him focus on the themes of isolation and the human figure, which led to the creation of his most recognized sculptures of the time. 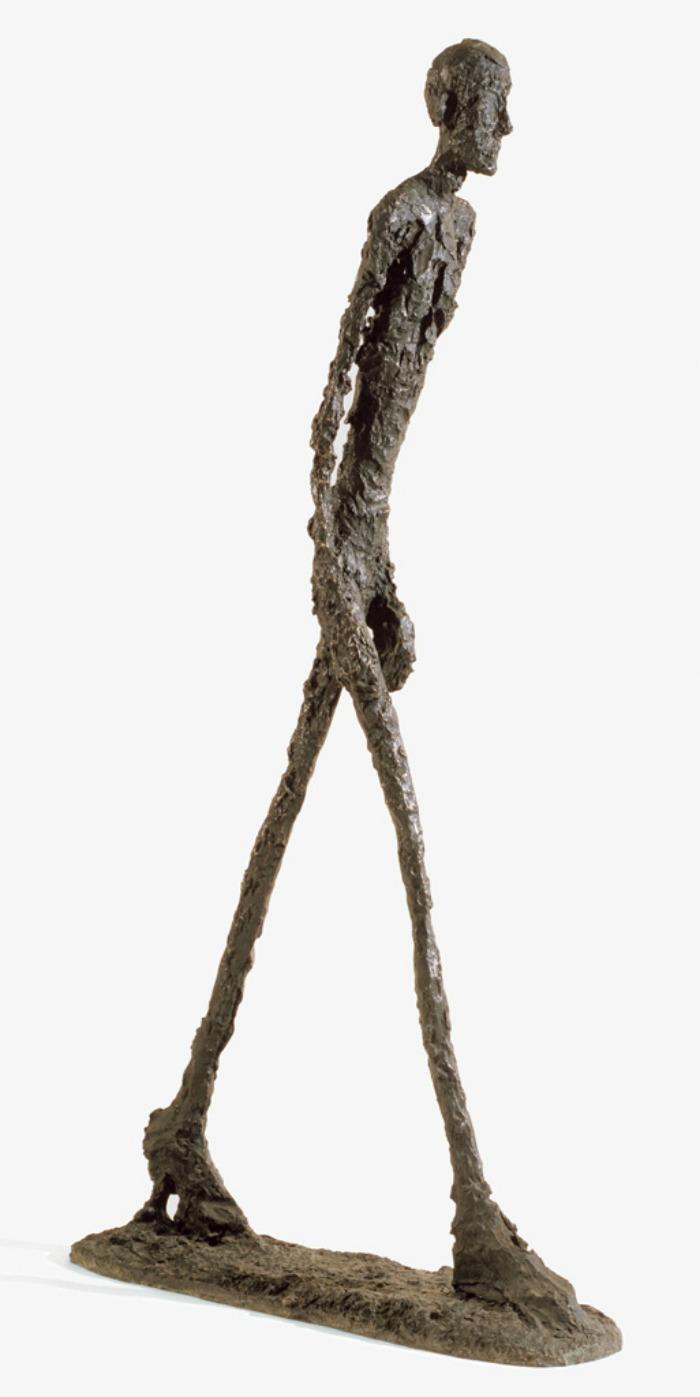 “Giacometti’s legendary status as a sculptor, painter and draughtsman is rooted in his deep and abiding commitment to the human figure as an object of study and a symbol of the human condition. Man Walking, one of the most universally recognized sculptures of our time, reminds us of humankind’s precarious existence,” says Daina Augaitis, interim director of the Vancouver Art Gallery.

“We are proud to present the first major exhibition of Alberto Giacometti’s art here in Vancouver.” 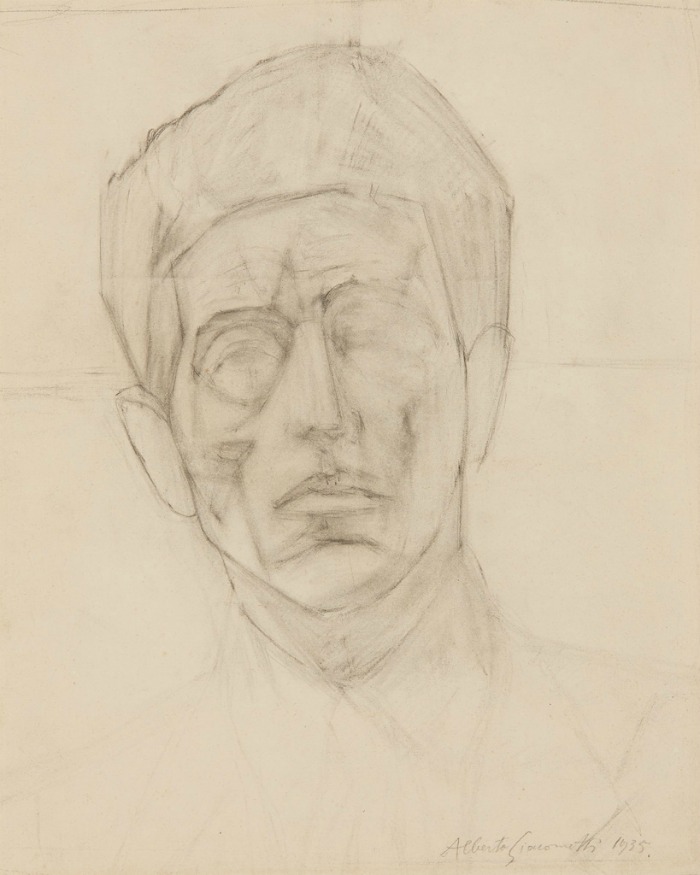 Presented first in 2016 at the Sainsbury Centre for the Visual Arts to commemorate the 50th anniversary of Giacometti’s death, the exhibition at the Vancouver Art Gallery marks the North American premiere of A Line Through Time.

Robert and Lisa Sainsbury, The Sainsbury Centre’s benefactors, met Giacometti in 1949, and purchased an iconic portrait of Giacometti’s brother, Diego Seated (1948). This meeting led to an enduring friendship, which, over time, allowed the Sainsburys to acquire examples of Giacometti’s art presented in this exhibition at the Vancouver Art Gallery. They also understood Giacometti’s interest in archaic and classical sculpture from the Mediterranean region, and built their own extraordinary collection of ancient sculpture and ceremonial objects from around the world, also on view in A Line Through Time. 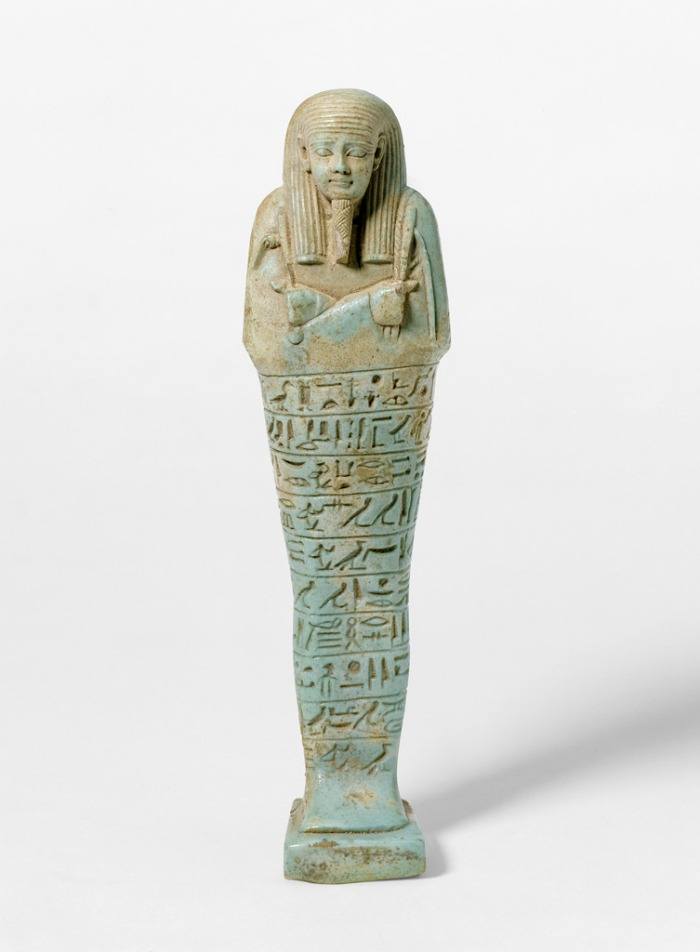 Tickets to visit the Alberto Giacometti: A Line Through Time exhibition range from $6.50 to $24, and you can get yours via Vancouver Art Gallery.

Price: Ranging from $6.50 to $24 — Tickets available via Vancouver Art Gallery