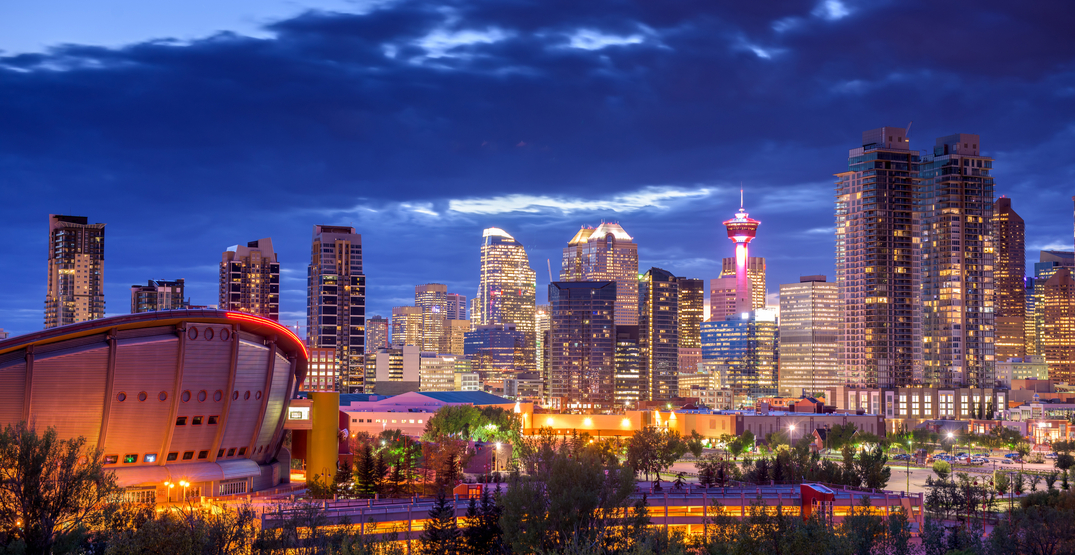 Early risers might have noticed a bright light streaking across the sky on Monday morning before sunrise.

According to the American Meteor Society, there have been 42 witness reports of a fireball seen over Alberta, Montana, and Saskatchewan shortly before 6:30 am on Monday.

Footage shows a light streaking downwards through the sky, followed by a bright white flash.

YouTube user Airell DesLauriers captured a video in Cochrane from their home security system, showing the trajectory of the meteor and the effect it had on the sky.

Viewers as far south as Helena, Montana and as north as Driftpile, Alberta report seeing the fireball. It was also spotted in Jasper, Alberta and Saskatoon, Saskatchewan.

“I first witnessed a flash in the sky similar to lightning which caused me to look and observe the fireball in my rearview mirror for two to three seconds,” said a witness in Claresholm, “The [flash] lit up a large portion of the sky.”

Mieszko Paradis also captured the meteor while driving through Edmonton this morning.

Due to the brightness of this meteor, the American Meteor Society classifies it as a fireball.

“A fireball is another term for a very bright meteor, generally brighter than magnitude -4,” explains the AMS, “Which is about the same magnitude of the planet Venus in the morning or evening sky.”

For those of us who were still snug in bed when the meteor crossed the sky, perhaps this makes an argument for waking up earlier in the morning.