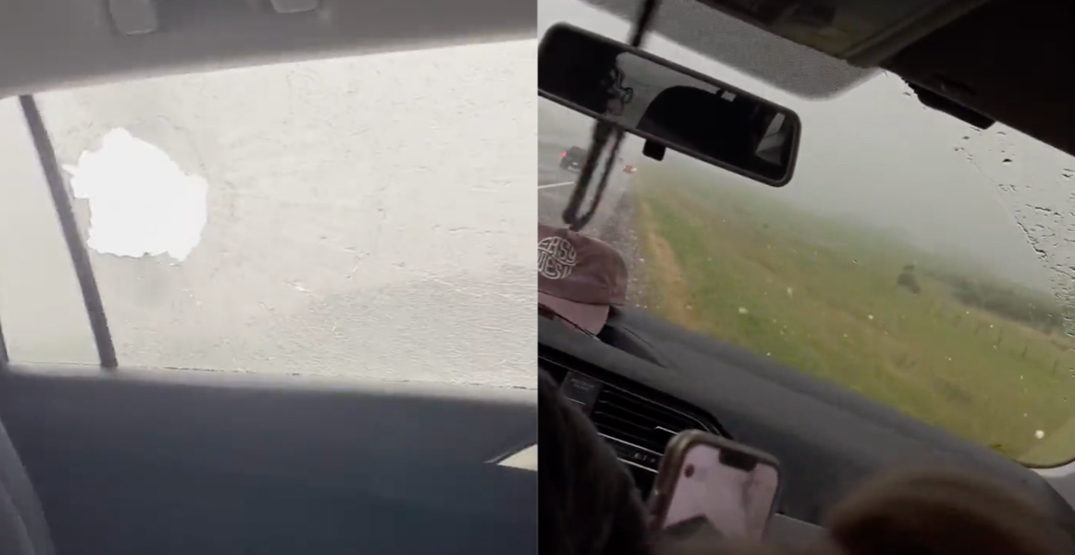 Motorists on a major highway in central Alberta were hammered by massive hail Monday afternoon, and a new video shows the terror of the event.

Gibran Marquez posted the video on Twitter, stating they were just south of Gasoline Alley, a well known strip of gas stations and restaurants that is in Red Deer.

The video shows huge hail bouncing off the ground in front of them, with people in the car covering their heads and screaming as hail pelted the vehicle along the Queen Elizabeth II Highway, a key road in Alberta between Edmonton and Calgary.

Windows on the driver’s side of the car start to shatter as hailstones break through, with the back window breaking as well.

The storm that swept over the QE2 also dropped hail the size of grapefruits, according to storm chasers in the area that measured the stones.

The huge storm also had a tornado warning attached to it for several hours, however no reports of a tornado touching down have been made as of 11:45 am on Tuesday, August 2.

Marquez later said that some of the people in the vehicle suffered cuts and bruises due to the hail.